For the first time in three years, veteran offlaner Daryl Koh "iceiceice" Pei Xiang has decided to leave Southeast Asia to play with Evil Geniuses and compete in North America. After six weeks in the upper division of NA, Iceiceice has helped his new team secure a spot at the Singapore Major.

But before he returns to his home country for the Major, let’s take a look back to what led to his decision and how he adjusted in another region. 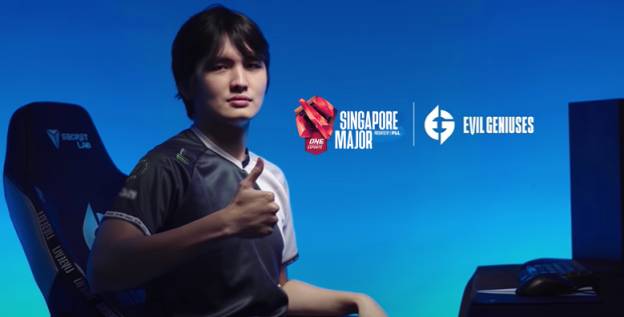 In a three-part interview with Yahoo Singapore (yahoo), Iceiceice shared that he wanted to go out of his comfort zone to keep his competitive drive alive.

"I was looking to shake things up by playing for a western team after my contract with Fnatic was up, as I felt that I was getting too lazy and comfortable in my home region," Iceiceice explained.

As for choosing Evil Geniuses, Iceiceice shared that he did not consider other offers because he wanted to play with what he described as a “godly” squad, especially having a reunion with former teammate Abed. But the bigger reason that he chose EG is that he wanted to play under a great captain such as Fly.

"It's definitely one of the big reasons why I'm joining EG, as captainship was never part of my strong points. I'm better as the guy who plays the game at a high skill level and gives tips or suggestions," Iceiceice elaborated.

To start the new chapter in his Dota career, Iceiceice and EG opened the upper division of the NA DPC against 4Zoomers. His first official game with the squad started strong with his offlane Lycan. With this pick, Iceiceice was able to get his highest assist count in his entire DPC run as he finished with 3/5/27, participating in 30 of EG’s 40 total kills (Twitter). 4Zoomers took the second game, but EG dominantly closed their first series with a win.

After EG's wins against 4Zoomers and Ppd’s stack – SADBOYS, Iceiceice was voted as the MVP of the first week (Twitter). 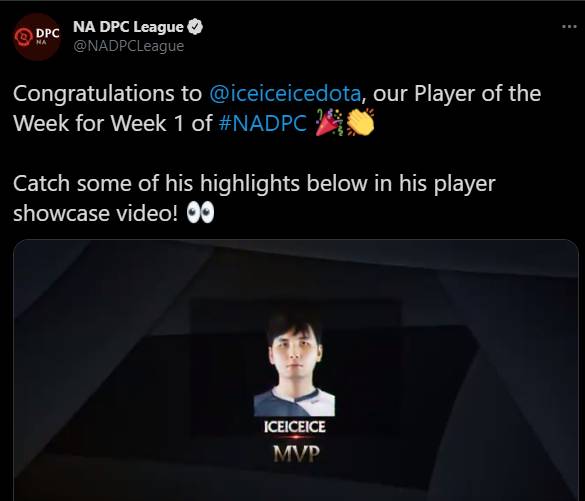 Evil Geniuses continued their win streak until they faced off Quincy Crew back in week 5, but still, EG finished their run with a 6-1 record and took down Team Undying and Quincy Crew in the tiebreakers to secure the first place and Playoffs seeding in the Major.

Across 16 games with EG, Iceiceice averaged 4 kills, 4 deaths, and 13 assists per game while his best game was against in Team Undying in week 3 where they won game 2 behind his Death Prophet that finished with 10/5/11.

Needless to say, his offlane performance in North America is the same old aggressive and dominant playstyle that we know from SEA. As the weeks went by, Iceiceice improved his chemistry with the entire team as they won more dominantly.

According to his interview with Yahoo, Iceiceice expressed that his chances of winning TI with the team is really high considering that he completes the team’s roster. And if EG gets the Aegis for this year, Iceiceice said that he will still not retire as his pandemic break reignited his passion.

“I'll retire only when the game isn't fun to me anymore, I'll play till there's no more joy left in competing... I actually took a pretty long break after COVID-19 happened and it helped a lot with my passion for the game, as I'd already had an idea of taking a longer break before due to burn out.”

Can Iceiceice and EG win in Singapore Major? Share your thoughts in the comments and stay tuned for more!