T1 kicks JaCkky while TNC is now down to three players

T1 kicks JaCkky while TNC is now down to three players

After the DPC action settled in Southeast Asia, two teams have already made adjustments to their roster. With these changes, one team hopes to get a better run in the Major, while the other team looks to a fresh start next season.

T1 kicks JaCkky ahead of the Major

The team had a rough start, but they still managed to secure a third-place finish in the second half of the league. T1 tried to fight for a slot in the Singapore Major Group Stage, but after losing to Neon Esports in the tiebreaker, T1 settled for a Wild Card slot.

But today, the organization immediately announced that they are parting ways with their carry, but did not announce any replacement for JaCkky yet. 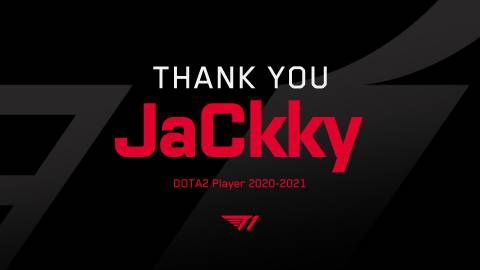 After over a year with TNC, offlaner Damien "kpii" Chok and former coach/position 5 Kim "Febby" Yong-min has parted ways with the organization as announced by TNC in their social media (Facebook).

After a few tournament wins last year, TNC fell short at the upper division of the SEA DPC as they finished fourth place. The decision may have stemmed from ping issues as Kpii plays from Australia while Febby plays in South Korea. Aside from that, the two couldn’t travel to the TNC bootcamp in the Philippines due to travel restrictions.

In the Twitter post of TNC, Febby (Twitter) shared his gratitude and apologies to the team and fans. Meanwhile, Kpii (Twitter) thanked the team and shared that he looked forward to a reunion with the team as COVID begins to slow down.  Both players have also stated that they are looking for a new team. 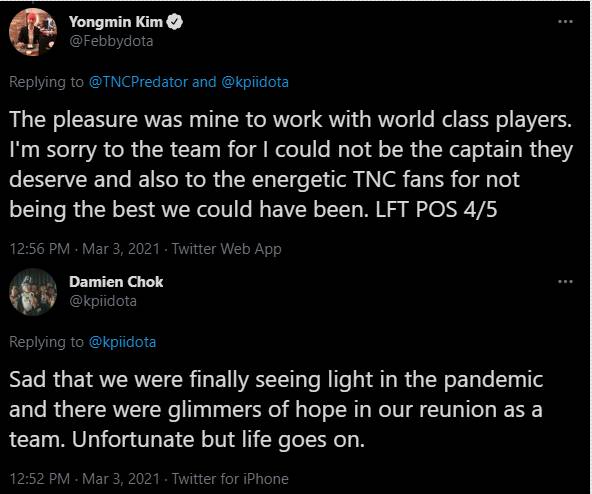 What’s next for these teams?

According to Valve’s DPC rules (Dota 2 - The Road to the International) kicked players won’t bring their points with them, while the teams that play with a stand-in or new roster in the Major will receive 20% point deduction that they will earn in the event. On top of that, the team will also receive a 40% point deduction if they will play with a sub during the Major.

As for T1, fans speculate that they will now be finally picking up free agent Nuengnara "23savage" Teeramahanon. 23Savage played a stand-in for BOOM Esports in the regional league but stated that he is still looking for a new team (Twitter) after they failed to qualify for the Major. As for TNC, fans shared that TNC may return to a full Filipino roster for next season.

Despite it being a business decision and still complying to Valve rules, T1 has still received backlash from the community as they did not even give JaCkky a shot to prove himself in the Major that he helped qualify.

These incidents, also known as Pizza parties (YouTube) in the Dota community has originated from Fnatic as they kicked then-offlaner Ohaiyo right after they qualified for ESL One Katowice in 2018. This immediate replacement was told to him during a pizza party after their victory.

It's been a few years since the first incident, but Valve still has not improved their rules against teams who kicked players after qualifying for a Major tournament. Because of this, players such as JaCkky loses their probable shot at TI since teams can easily tank their penalty points. It would be a difficult job to balance the power between players and orgs, but unless Valve changes things, we may see more of these incidents in the upcoming weeks before the Singapore Major.

Who will be joining TNC and T1? Share your thoughts in the comments and stay tuned for more!