If you thought you’re having a bad day, just imagine playing in the Dota Pro Circuit 2021, and your Earth Spirit missed five rolls in a row. The probability of that happening must have been lower than Ogre Magi’s Multicast!

Well then, we can conclude that Earth Spirit probably isn’t RodjER’s cup of tea. 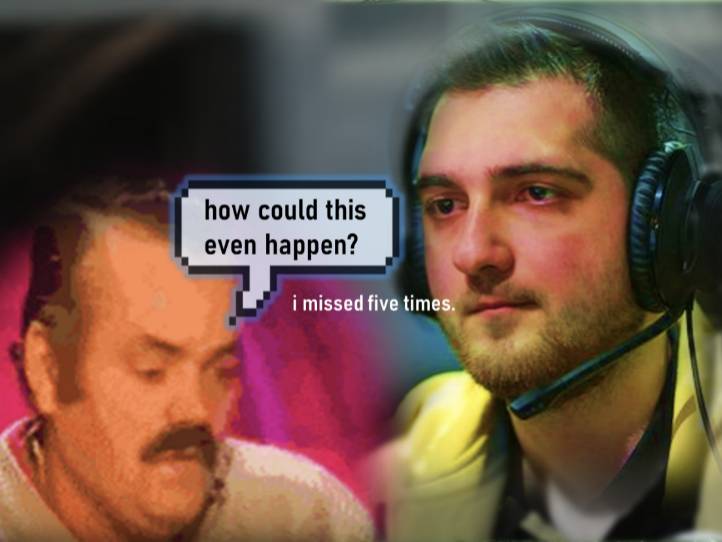 Sounds familiar, eh? While we didn’t have RodjER’s player cam when this unfortunate series of misses occurred, it probably sounded similar to Gorgc yelling furiously at those misses.

It was the first match between Natus Vincere versus Team Spirit at the CIS Upper Division of Dota Pro Circuit 2021. Navi was the undisputed favorites, being on a dominating five-win streak on par with Virtus.pro. Yet, it seems like luck, or if I may be so bold to say Icefrog’s work at hand is causing RodjER to have the worst day of his pro career.

The first match went smoothly for Navi, who had a decent lead till the late game. Morphling, Lycan, and a decently farmed Earth Spirit played by yours truly, RodjER. RodjER knew his role as a crucial team fight contributor. Hence he purchased a BKB just to be able to sustain in team fights. Yet, when all hell broke loose at the enemy’s base, all his attempts to roll into an enemy hero were met with disappointment.

His Earth Spirit rolled past hero after hero, not even hitting a single unit. He even got desperate and used BKB amidst the havoc but to no avail. Because of his failed rolls, none of Team Spirit’s heroes got caught in it. Most notably, the enemy supports, Oracle and Rubick had all the space in the world to be much useful than RodjER in this very moment.

It wasn’t long before Navi overstayed their welcome and got wiped out for it. In his final moments, RodjER finally managed to land a roll on the enemy Anti-Mage, only to get caught in the deadly Mana Void that the lather had used on Morphling. Both RodjER and his carry player died in vain, ultimately losing their last bit of gold lead they had in reserve.

With the first match going the way of Team Spirit, Navi eventually regained their score by winning the second game. However, it was a relatively close match as Team Spirit definitely had some sparks of comeback during the late game.

The streak had ended

Lastly, the final match was pretty much a stomp from Team Spirit. Unlike the previous matches, it was usually Navi that had the early game momentum but eventually lost them at some point. This time, Team Spirit’s classic team fight combo proved to be too much for Navi’s whacky clump of heroes to overcome.

A Bloodseeker, Kunkka, and a Void Spirit on the core roles, followed by Chen and Crystal Maiden for supports. Clearly, Navi intended to play the midgame death ball strategy, hoping to end the game before Team Spirit’s team fight potential blooms. However, that didn’t go as planned, and Team Spirit’s Tidehunter was a massive threat to Navi’s soft line-up.

While Navi’s journey is still far from over, their deciding series boils down to their biggest threat ever, Virtus.pro. If Navi takes down Virtus.pro on this final week, they will become the first seed and join the Major Playoffs club alongside Team Secret. Else, they aren’t exactly losing out either, as they will most definitely be second-place anyways. Stay tuned.