A 14,minute game over OG keeps Liquid in Major contention

A 14-minute game over OG keeps Liquid in Major contention

OG to still have their shot at the Singapore Major. After three action-packed games, Liquid reigned supreme as they took down OG. 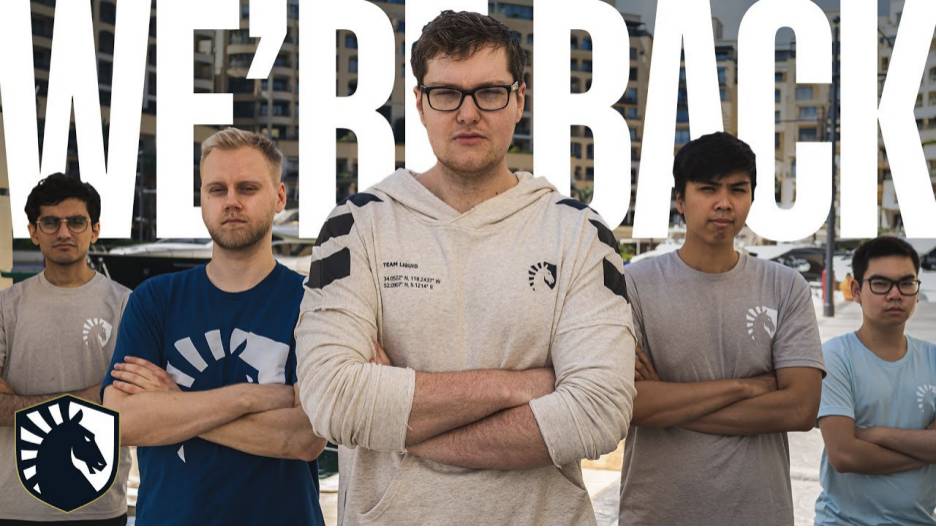 For the first game, Liquid played Micke on the mid lane with Puck while Qojqva picked his Lone Druid. On the other hand, OG tried the Alchemist offlane for Ceb and a last-pick Earth Spirit mid for Topson. Having a good laning phase, Ceb’s Alchemist freely farmed to secure a 12-minute Aghanim’s that was given to Midone Monkey King. With the sudden powerspike on the MK, OG was able to secure an Aegis for the MK before the 15-minute mark even though Liquid contested them.

With the MK and ES finishing their BKB’s, OG ramped up the pace of the game and initiated fights onto the side of Liquid. Liquid did not back down, but a stolen Waning Rift from Saksa Rubick completely sealed the fight as he took a triple kill (Twitter).

Even though they finally secured Mega Creeps at 35 minutes, OG still could not close the game as the Lone Druid and physical damage Puck tore them apart with the help of their disables. From these teamfights, Team Liquid was able to reduce the networth gap from 24k to 9k. However, the late game Aghs of Ceb for Notail Abaddon allowed Notail to absorb more damage and fights as he heals his team.

But a great initiation onto the Puck allowed OG to focus the Lone Druid and the rest of Liquid. With no more buybacks, (Twitter) Liquid finally called gg after 42 minutes. Midone finished with 18/3/10 and Notail had the game-high 25 assists along with 15k HP worth of healing while Ceb finshed with 1/6/21.

OG tried to replicate their success with another offlane Alch and Rubick for their team, but this time, Liquid looked to punish their late-game draft with highly-aggressive heroes such as Micke Void Spirit and a Taiga Enigma and Insania Puck support duo.

Rotations from the supports of Liquid secured early game kills all over the map. By 9 minutes, Liquid already had 10 kills while OG had no answer. With Micke Void Spirit hunting down OG’s cores, OG could not do anything as they are all behind in farm and exp.

And just like that, a Rampage from Micke (Twitter) completes Liquid’s stomp as OG tapped out before the 14-minute mark. Micke finished with 10/1/5 while Liquid’s support duo had 11 assists to even the series.

With their Major hopes on the line, Team Liquid picked a very mobile draft with Micke’s Bloodseeker and a last-pick mid Lycan for Qojqva. Meanwhile, OG drafted a Wraith King for Midone and Void Spirit for Topson. 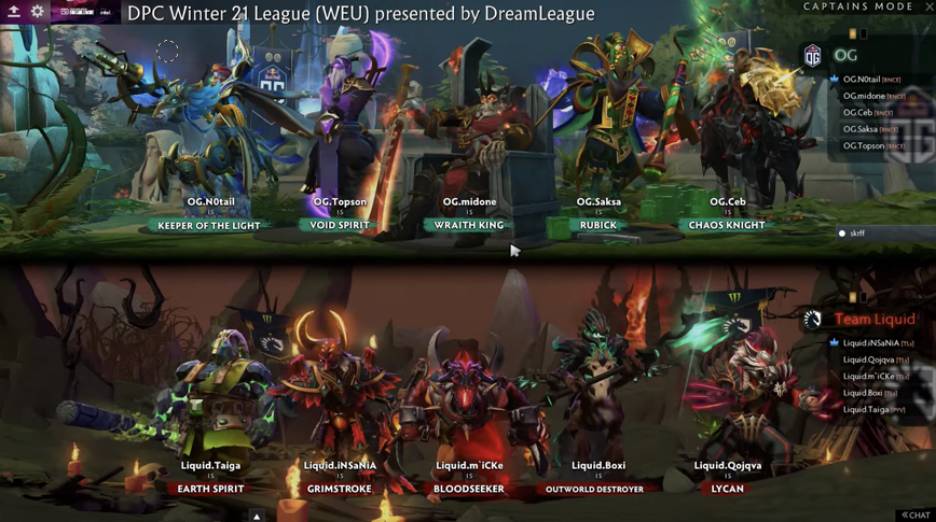 OG had a good start with a few kills, but Boxi Outworld Destoryer and Taiga Earth Spirit heavily punished the safe lane with their disables and harass. With a 10-minute Necrobook 3 on the Lycan, Liquid grouped up to pick up kills and take objectives.

OG tried to punish Liquid’s aggression, but a great Soulbind counterplay from Insania Grimstroke allowed Boxi to setup double Astrals and stun them with a Meteor Hammer. Because of this, Liquid was able to have a decent 4-for-4 trade (Twitter). Even though OG continued to fight them, the longer fights just got better for the Bloodseeker and Lycan as they easily chased down OG.

Midone vs Micke by 22 minutes

By 22 minutes, Bloodseeker and Wraith King had the same farm as they engaged in another team fight. OG kited them, but with Taiga kicking his Bloodseeker to safety, Micke got to heal and return to the fight to claim his Ultra Kill (Twitter).

From that fight, Insania was able to finish his Aghs to have another initiation using the Dark Portrait + Ink Swell combo on OG. With both Lycan and Bloodseeker taking objectives quickly, Liquid had secured more map control. However, OG managed to slow down the momentum of Liquid as the Chaos Knight and Wraith King finished their BKB’s.

Despite this, the lockdowns from Grimstroke, Earth Spirit, and OD effectively held down OG while they are chomped down by the Lycan and BS. With Liquid running them down, OG loses their resources to defend and finally called gg after 46 minutes with a 51-24 kill score in favor of Liquid (Twitter).

To lead the series win, Micke, Insania, and Qojqva had double-digit kills while the entire team Liquid had over 20 assists each with Taiga leading them with 29.

What do you think of Liquid’s performance? Share your thoughts in the comments and stay tuned for more!