Evil Geniuses, often hailed as the only powerhouse in North America, suffered a defeat from Quincy Crew. And where are the doubters claiming that North America is a dead region? After weeks of dominating the NA Upper Division, EG has finally met another team strong enough to take them down. This time, there’s no excuse for not having their complete roster or regional issues. 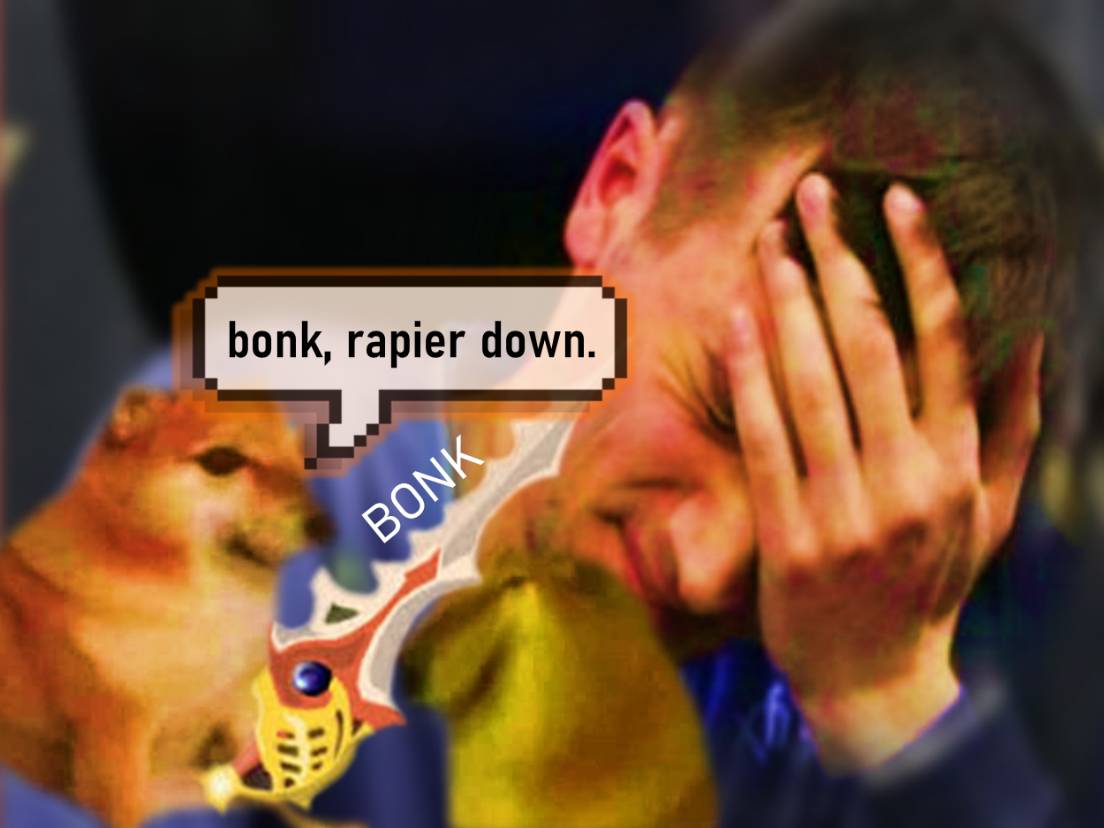 Quincy Crew might just be the oldest roster at the North American Upper Division of Dota Pro Circuit 2021. Since the post-TI9 shuffle, Quincy Crew has been founded by CCnC and hasn’t had any roster change after kicking SumaiL. After more than a year of perseverance, it seems like Quincy Crew’s dedication has formed a consistent NA team, strong enough to rival even Evil Geniuses’ all-star roster.

Evil Geniuses is certainly no pushover, consisting of three familiar EG players and two SEA stars, Abed and iceiceice. Over the last couple of weeks, Abed and iceiceice have been in the spotlight as they continue to impress the NA competitors with their overflowing talent and skills. Needless to say, defeating EG might just be the most significant achievement a NA team can boast about.

“So, you are approaching me.”

Looking at how powerful Evil Geniuses was just last week, I like to imagine EG players as evil villains, looking down upon their pitiful ‘rivals’ while giving off the “Oh, you’re approaching me?” vibe.

Jokes aside, that’s probably what it looked like for an EG fan when the two rivals finally collide. The first game ended with a win for EG. However, it was insanely close, too close for comfort if you ask me. Quincy Crew initially had the lead against Arteezy’s Alchemist. We all know how difficult it is to gain any gold lead against a team with an Alchemist, so Quincy Crew managing to have 5,000 gold lead was undoubtedly impressive.

That said, mistakes were made when Quincy Crew attempted to attack EG’s base, only to get team-wiped because Arteezy got back into the overextended fight by buying back. In the second game, it is Quincy Crew who got their hands on Alchemist instead. However, unlike EG, who played from behind and made a comeback, Quincy Crew snowballed out of control with the same Alchemist pick. That’s the best-case scenario for a draft that grows exponentially in the midgame, and Quincy Crew effectively capitalized it.

Finally, as it all came down to the third game, Quincy Crew decided to pick Monkey King for CCnC. Whereas, EG decided a Medusa for late game will be the best solution for an overgrown Alchemist. EG even pulled out the big guns by picking Puck for Abed, his signature hero that he can really utilize its mobility. However, Quincy Crew was stomping the lanes early, and Abed’s Puck just couldn’t deal with the overwhelming threats of stuns.

A single stun from Monkey King could easily spell the death for even Abed’s Puck. As the rest of EG are having trouble fighting against Quincy Crew, Arteezy continued his farming simulator until he finally had the holy grail of physical damage, Divine Rapier. Looking forward to his next team fight, EG was getting ran over by Quincy Crew in their own base before Arteezy could even land a single auto-attack with Rapier on deck. With rapier on the ground, Quincy Crew didn’t even need the rapier to win the game as it was all over for EG. Stay tuned.