In case you’ve missed it, Valve and Netflix announced the much-awaited Dota anime entitled “Dota: Dragon’s Blood” (Here’s what to expect in the upcoming Dota anime from Netflix). While we wait for the series premiere on March 25, Dota 2 released another teaser trailer along with the introduction of the main cast.

The teaser trailer (YouTube) - roughly 1 minute and 30 seconds long, features Dragon Knight’s quest as he becomes entangled with Princess Mirana in what seemed to be a brewing war.

Aside from these characters mentioned in the first announcement, this trailer also showed more characters into the story such as Invoker, Luna, and Selemene the Moon Goddess herself. Although not mentioned in the cast, a hero resembling Underlord has also appeared in the trailer. 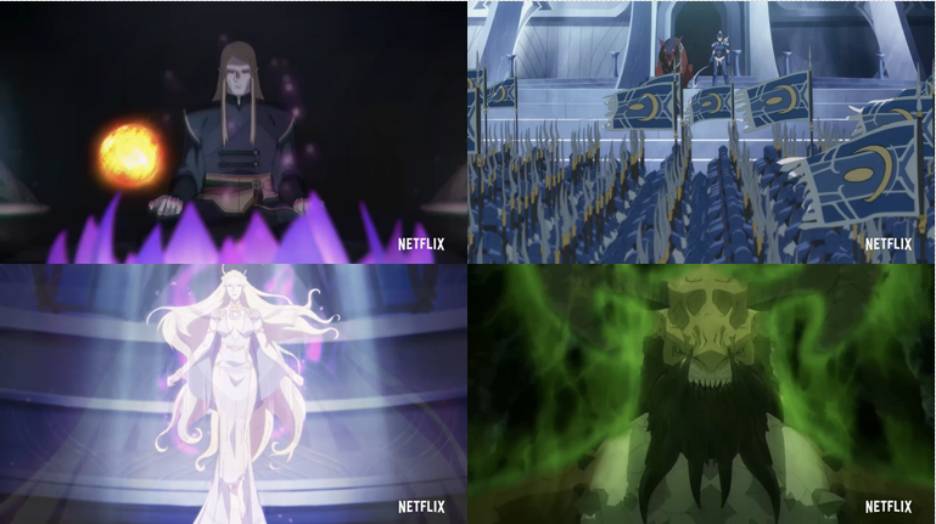 Along with the teaser, Valve also released various promotional art such as these ones from Wykhrm Reddy (Twitter) and on Dota 2’s official Facebook page (Facebook).

In addition, Netflix also created an Instagram filter that can put your face into the gem that is featured on the poster.

Upon the release of the teaser, the show’s producer, Ashley Edward Miller introduced on Twitter the voice actors and their roles they play in the series. As usual, our own Wykrhm is quickly ready as he compiled all the star-studded cast into a single graphic. 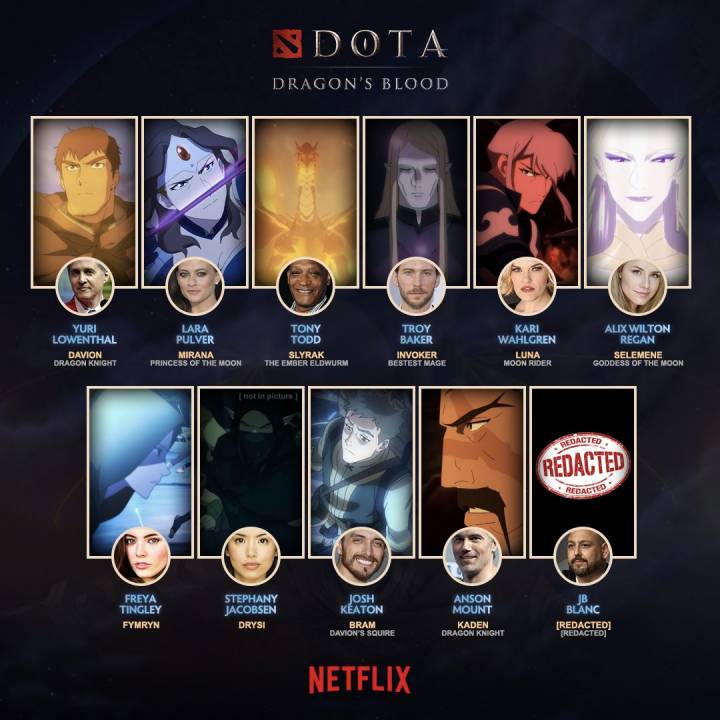 First, Davion is played by Yuri Lowenthal who lent his voice on over 200 video games such as Prince of Persia: The Sands of Time and the 2018 PS4 game, Sony’s Spider-man as the main protagonist. Alongside Davion is his squire named Bram who is played by Josh Keaton. Keaton also voiced Spiderman in the 2008 animated series, The Spectacular Spider-man. Of course, Dragon Knight’s in-game voice actor – Tony Todd will also be in the series as he voices Slyrak, the Ember Eldwurm.

Bringing Mirana to life, actress Lara Pulver will be bringing her talents to this role. Lara Pulver is most known for her role as Irene Adler in the BBC Adaptation of Sherlock. For Luna, this role will be played by Kari Wahlgren who has lent her voice in various animated series and video games such as Jessica from Rick & Morty and Ashe in Final Fantasy XII. Of course, you cannot have Mirana and Luna in the same picture without the mention of Selemene. The Goddess of the Moon will be played by Alix Wilton Regan who has voiced Alt Cunnigham on Cyberpunk 2077.

For the last main character, Invoker will be played by Troy Baker – a renowned voice actor in about 100 of series and video games. Among his works are his portrayal of Joel in the PS4 game The Last of Us.

Other side characters who briefly appeared in the trailer are Fymryn, Drysi, Kaden, and a mysterious role voiced by JB Blanc. According to Miller (Twitter), Blanc might be one of the characters who will appear later in the series that’s why he still remained as [Redacted].

With the star-studded cast and appropriate animation, it looks like Dragon’s Blood successfully captured the dark and grim atmosphere of the game. With over a month before the premiere, Valve may still have some surprises left in store. If you want to check out how long before the main trailer and series drops, click on the Dota: Dragon’s Blood section in the game’s main menu to see the countdown. 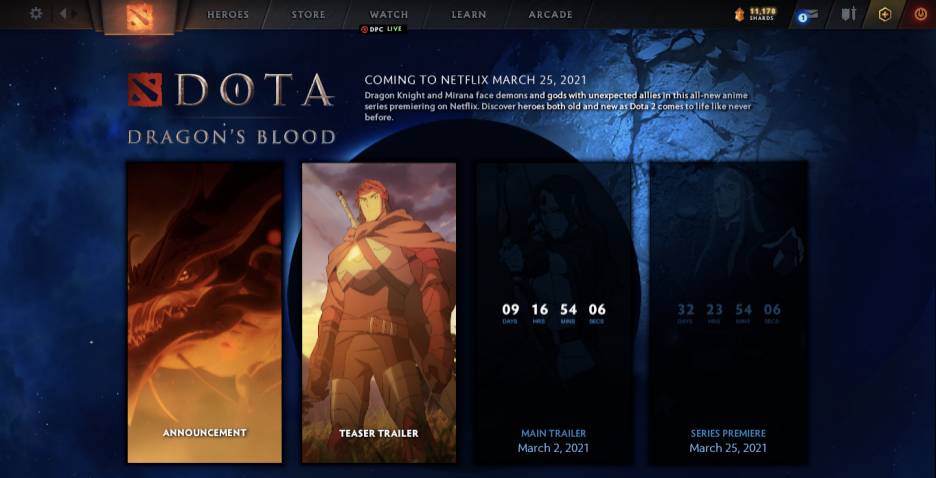 Which other characters did you spot in the teaser? Share your thoughts in the comments and stay tuned for more!