OG’s monkey dota is back in their DPC debut

OG’s monkey dota is back in their DPC debut

Starting off their DPC season, OG went head-to-head against High-Coast Esports (formerly Chicken Fighters) and after three full games, OG took the series in classic fashion with their wonky drafts and lanes. 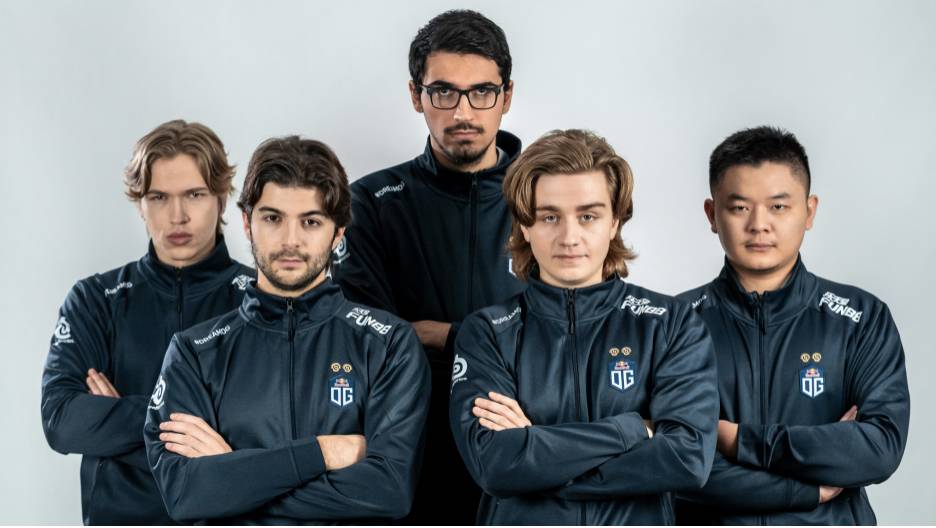 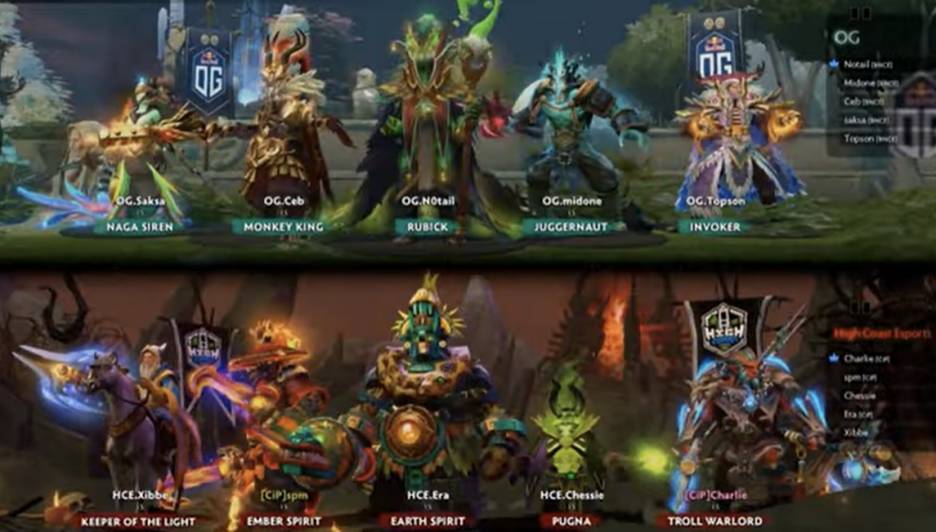 It was a brawl between the two teams while their respective carries farmed, but with Saksa getting his Meteor Hammer, they easily obtained trade kills with his Naga chain disabling the enemies. To turn things further in their favor, Saksa set up a fight with Song of the Siren, Ensnare, and Meteor Hammer, Topson’s Invoker with Aghanim’s followed through with a great Cataclysm (Twitter).

Even though HCE secured great fights and pickoffs themselves, OG slowly began to pull away with Midone and Ceb securing high-damage items such as Aghanim’s, Witch Blade, and Mage Slayer. HCE held their high ground for a few more fights, but ultimately, OG’s much more reliable team fight abilities won them the first game after 42 minutes. Topson’s Invoker led OG’s win with 11/2/13 while all of OG secured two-digit assists each. 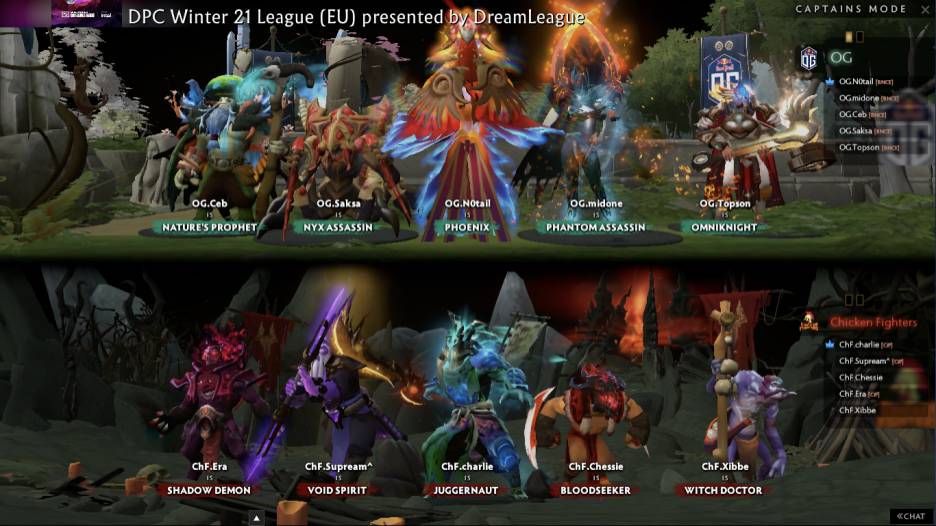 With Omniknight having to wait his Aghs’ Shard for a huge power spike with Hammer of Purity, HCE took advantage of this by grouping up early on to delay Topson’s farm. By 18 minutes, Topson had a record of 0/5/0 while his lane matchup is 5/1/5 as Void Spirit made moves on the map.

Topson vs Supream before 18 minutes

But as soon as OG’s cores got their core items around the 20-minute mark, OG began to turn the game into their favor. OG tried to approach high ground, but the kiting from HCE proved to be effective in fights as OG couldn’t do anything against the Demonic Purges of Shadow Demon as well as the other disables from the rest of HCE. In addition, OG couldn’t reset fights because HCE quickly focused Notail the moment they see him cast Supernova. In fact, HCE hit two birds with one stone as they managed to kill the Supernova with Topson inside of it, prompting Notail to tweet after the series that he killed Topson with a single spell (Twitter). 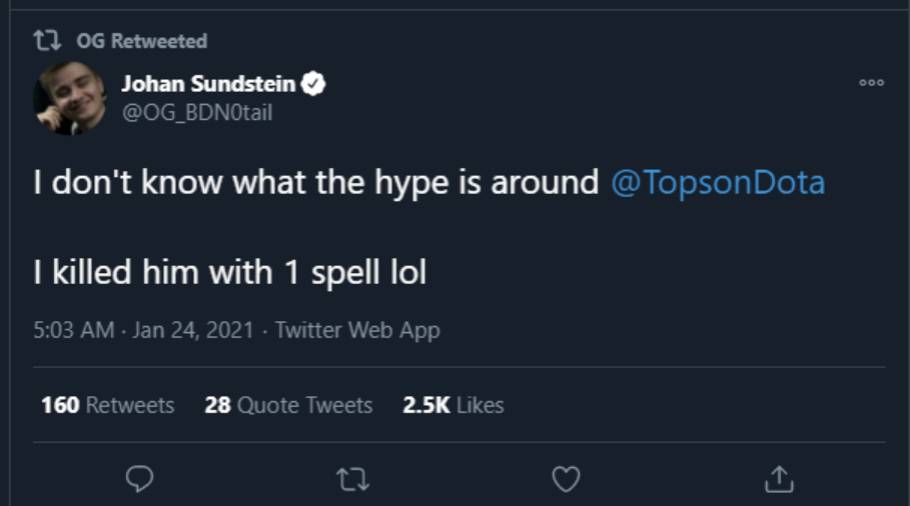 From over a 10k lead, HCE slowly came back into the game with their kills and high-ground defenses (Twitter). With no more buybacks on OG, HCE went straight down mid and finish the game at 49 minutes with a kill score of 49-29 in favor of HCE. HCE’s cores tallied double-digit kills each on top of an average of 20 assists each to force a deciding game 3.

Game 3: Topson Morphling is back

In the last game, HCE played for team fight with Mars, Puck, and a last-pick Terrorblade. OG countered this squishy draft with more disables featuring Topson’s Morphling mid and an Earth Spirit and Undying support combo. 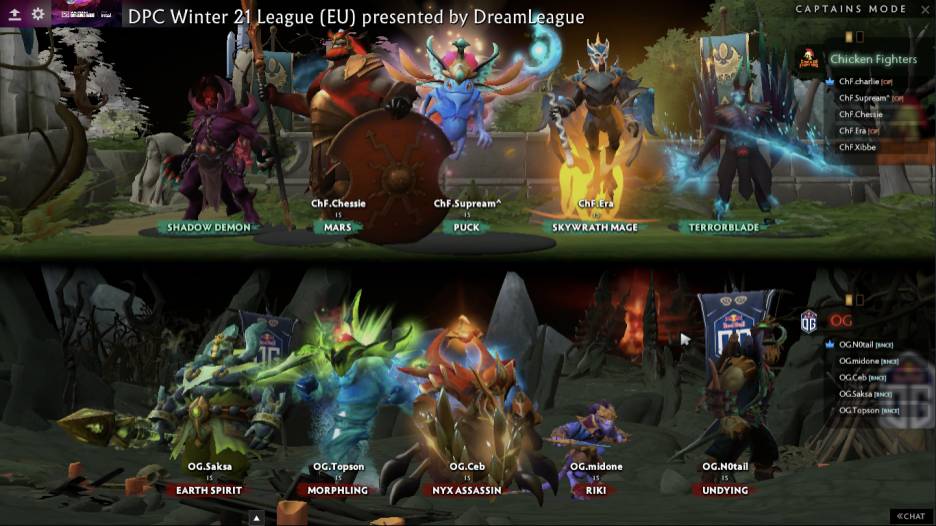 Taking advantage of their high magic damage, Supream’s Puck roamed around the map to set fights, but quick responses from OG allowed them to successfully defend their mid tower and give Ceb Nyx an Ultra Kill 11 minutes into the game (Twitter).

With Topson Morphing into Puck, OG got themselves core kills early on, allowing Topson to reach 21 minutes with Manta and Aghs. Unlike his second game, Topson had more impact in the mid game compared to the mid Puck.

Supream vs Topson by 21 minutes

With Riki finishing his Battle Fury and Aghs the same time as Topson’s core items, OG rolled their draft into execution. With Morphling Morphing into Earth Spirit or Undying in fights, OG’s team fights became way more chaotic due to the double Rolling Boulders or Double Tombstones in fights.

With Riki and Morphling getting their core items at the same pace, OG controlled the momentum of the game by playing aggressive. With HCE having no space to farm, OG did not step on brakes as they trample towards HCE’s base. With a tanky Morphling (Twitter), HCE couldn’t do anything to stop him, forcing them to call gg before the 36-minute mark.

OG won the series with Topson and Midone leading the charge with 12 and 16 kills, respectively.

OG’s debut series with this new roster was pretty much a success because they still maintained their unconventional drafts and aggressive playstyle. In a few days, OG will return to face Mudgolems on January 27, 2021 - 03:55 UTC+8.

What do you think of OG’s performance this series? Share your thoughts in the comments and stay tuned for more!

下一篇：SoNNeikO: we will continue to play better with each match