Haven't you heard? SirActionSlacks recently founded his very own Esports team, called the Arkosh Gaming. After much success from Digital Chaos' first runner-up run at Tea Eye 6, it's a no-brainer to start another team and gamble for the Tea Eye Champion title.

For the most part, Arkosh Gaming did tick everything right in the Dota Pro Circuit 2021, having qualified for the North America Lower Division regional. However, behind that success, there seems to be a heated debate regarding the team and its players. 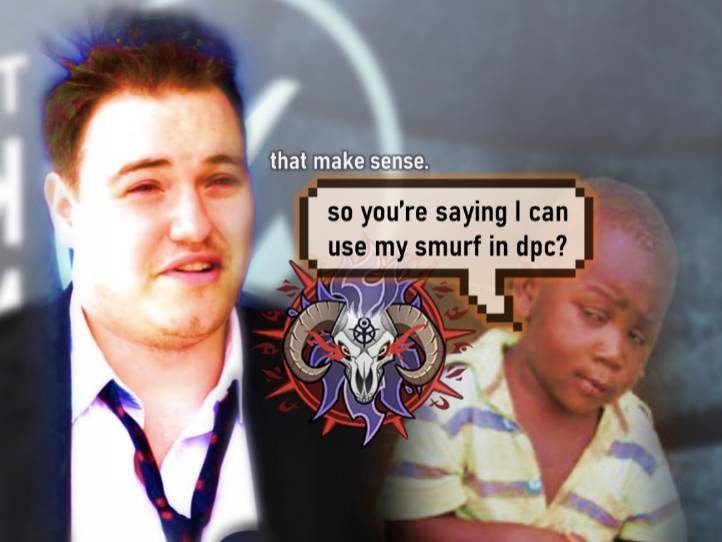 It all begun when former team OG player, Moonmeander took it to his Twitter to call out Arkosh Gaming for using smurf accounts in the qualifiers. On top of that, he discussed a rather tensioned debate about Valve paying a blind eye to smurfs in their own official DPC system. So, what does it has to say for the rest of the Dota 2 community? Hilariously, he also used a metaphor, where it's like having NBA players wearing masks suddenly having a bout against the Warriors.

Of course, it didn't take long before Slacks responded to Moon's tweet, disagreeing. He then raised another discussion about whether pro players should be prohibited from having non-tournament accounts or private accounts. He stood with his team by stating that the Arkosh Gaming roster will always be the players themselves, even if there's an IP address being tracked of these players.

Noxville has entered the chat

Renowned Dota 2 Community member, Noxville, stepped in to point out that it's not fair that Arkosh Gaming has indirect access to all their opponents' games and playstyle to study. Yet, the same cannot be said for Arkosh Gaming because they are using non-tournament accounts to play. Hence, with no games to study from these rather high-skilled Immortal players, most teams are at a major disadvantage when facing a team of decent caliber.

Frankly, Noxville's response was pretty well written, as studying your opponents has always been a significant factor in determining how you should play against them specifically. Hence, it's crucial that game data are not hidden for semi-pro teams.

In response, Slacks said that Valve should be expected to monitor their participants' IP address to ensure nothing fishy occurs.

How many smurf accounts do you have?

Well, if you are a long-time Dota 2 player, chances are you probably registered another Steam account or two and played Dota 2 there to stomp newbs. It isn't exactly illegal for one to have multiple Steam accounts, let alone play Dota 2 on more than the main account.

Valve has tried to curb smurfing by detecting players who perform way above average of their current skill bracket and gives them a leap in MMR to reach their actual skill bracket ASAP. This indirectly reduces the number of games that a smurf can ruin for other players while indirectly helping out a smurf. Stay tuned.

下一篇：Dendi comments on B8 qualifying for the Lower Division