It’s ImmortalFaith, doesn’t that name ring a bell? Well, chances are that you are already using one of his hero guides that he updates on a frequent basis. While we can always debate on a different day about which guides are better (between his and Torte de Lini’s), there’s no denying that the lather has been making waves with his rising team, Vikin.gg. 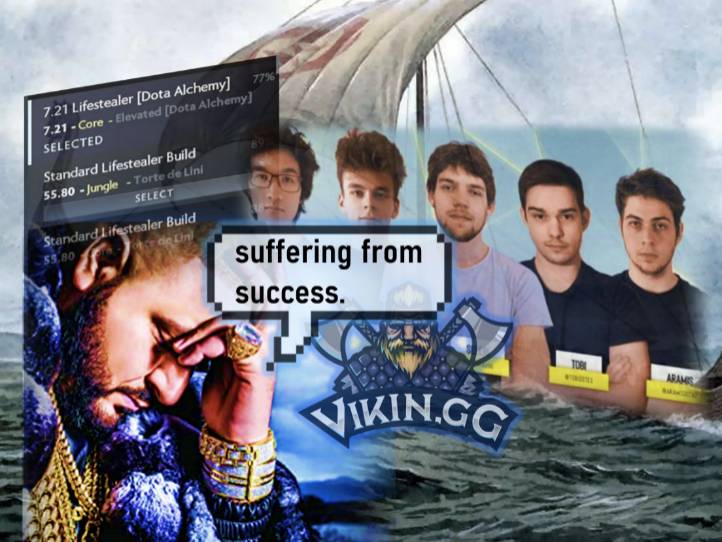 For starters, Vikin.gg has qualified for the Europe Upper Division for DPC 2021. Frankly, the fact that they still need to play qualifiers was such a letdown, considering their recent growth. Most notably was during the EPIC League, when they crushed their long-time challenge, Team Secret. The two teams are no stranger since the last season, having played against each other too many times over various large tournaments.

However, it was the first time Vikin.gg actually overwhelmed Team Secret at the EPIC League. Hence, that’s nothing short of a festive celebration in our books. Regardless, it seems like their recent progress just wasn’t enough to put them on the invites list, especially when compared with other notable invited teams. Team OG and Secret are certainly absolute must-haves on the invite list, but I reckon Nigma could have been opted-out instead.

Regardless, for what it’s worth, Vikin.gg did manage to pull through, just like how they always have in most tournaments that they didn’t get a direct invite into.

For many of you wondering, Vikin.gg is, in fact, an official Esports organization based in Romania. However, they aren’t big enough to the likes of OG, Virtus.pro, and even Nigma for many to consider as a powerhouse. Hence, many fans assumed that Vikin.gg was just a bunch of friends using the power of friendship and perseverance to make it into the tier-1 team list.

When in fact, Vikin.gg has had their fair share of roster shuffle since their debut. Still, they are definitely a more consistent team in the making than what we have seen from many powerhouses. Led by ImmortalFaith, Dota 2 community member, who kept the whole player base updated on every hero's most effective guides.

In a recent AMA, ImmortalFaith said that it wasn’t easy and would be impossible to start a successful team today. Coming from someone, who founded the org, it’s nice to know that Vikin.gg came from humble beginnings to make it into the Esports spotlight. Today, Vikin.gg is one of the few opponents capable of giving Team Secret a good run for their money.

As the eight qualified teams head into the Upper Division for a six-week-long battle, only four teams will proceed to the DPC 2021 season's first major. It’s been almost a year since we had any official Valve-sponsored major, so let’s just say everybody is very excited about what’s to come this March.

For Viking fans, this roster certainly holds tremendous potential for what they can put on the table. Despite the insane difficulty and competition in the European pro scene, these boys can still stand out on top of the competition. Stay tuned.