BuLba: We’re willing to skip tournaments for Abed and Iceiceice

BuLba: We’re willing to skip tournaments for Abed and Iceiceice

With a decent 5th place finish for Evil Geniuses, Bulba shared that his team began to look for options. Even though RAMZES was a carry at that time, Bulba and Fly offered the new position to the CIS player due to his experience and shot-calling expertise.

To their surprise, Ramzes accepted the proposition quickly after playing with Virtus.Pro for three years. According to Bulba, Ramzes adjusted well to his new role and he was actually looking forward to play the season as the offlaner.

“[Inviting Ramzes to the roster] was definitely like a gamble since we did not know how it would occur, but at the time it was hard to find another offlaner, like there really wasn’t anyone... there are not many offlaners that the team respects” said Bulba on how the team chose Ramzes.

With Ramzes, the team finished 4th at MDL Chengdu Major, 2nd at One Esports Invitational Singapore, and 2nd at the Leipzig Major. Bulba shared that even though they haven’t won first, Ramzes was pretty happy as his potential is growing. However, the pandemic has ruined the plans of an international team like EG. As a result, EG had to look for a new offlaner.

Since there are only a handful of high-caliber offlaners, Bulba and captain Fly had Iceiceice on the top of their list. Even though Iceiceice took long to agree, Bulba believes that he will have more fun playing his offlane role with Arteezy, Abed, Crit, and Fly.

On becoming a coach

When asked how he came to coaching, Bulba shared a story on how his Skateboarding idol inspired him to try coaching. After failing to qualify in The International 2015 with Mousesports, Bulba and his team went to a LAN tournament and got a chance to watch the extreme sports event – X Games. Being a big fan of Skateboarding, Bulba saw his idol, Bob Burnquist talking to what seemed to be his coach/consultant. 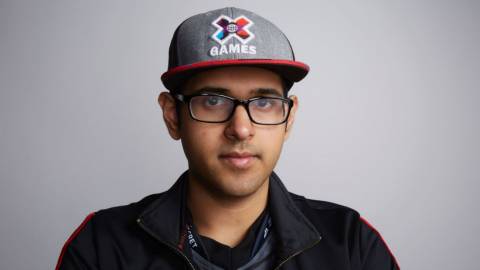 As he talked with Burnquist’s coach, Bulba became inspired to dive into Dota 2 coaching. On that same tournament, he met Evil Geniuses’ manager at that time, Charlie Yang. Despite having no concrete idea what a Dota 2 coach would do, Bulba asked if he could help the team for The International 2015 since he will not be attending as a player.

After most of the EG roster agreed, Yang invited Bulba to become one of the first Dota 2 coaches in the western scene.

“I always kind of just went in with coaching. To help in with my input because I love the game; to be part of something while also helping... I love the strategy element, not necessarily the drafting part, but the ideas of heroes and other things, like these miniscule things that can change the game. I just love sharing those things and helping people and that to me gives a lot of happiness” Bulba added on why he decided to try coaching.

Being a player for eight years, Bulba shared that he is the kind of coach that focuses on gameplay since their team is very manageable. He adjusted to the new role in the team by pitching ideas to the individual players of the roster. He also shared how his favorite team – the TI5 CDEC squad showed some interesting little plays that helped EG won TI5. Dspite the victory, Bulba declined EG’s offer to become a full-time coach.

With the pandemic affecting EG’s roster, Bulba has stood in for the offlane in several online tournaments. However, the years of playing competitively has caught up to him as he suffered a herniated disc that injured his back. As a result, he couldn’t return to consistent playing since it will constantly put his back in pain.

Despite this, Bulba still has thoughts of returning to play since this is his true passion. However, he said that he would still see where Dota will take his career.

“I like to think about it in the present. So my goal right now is to reach TI10 and after that I'll see what happens. I am gonna try my hardest for the team right now and make sure we have the best shot at winning TI10.” Bulba added.

In the second round of the Lower Bracket, Team Liquid were the underdogs as they faced LGD.Gaming in a best of one series. For Bulba, he grew up watching Xiao 8 and Sylar back in Dota 1, so facing them in an elimination game is a big moment for Bulba. In that game (Liquid vs LGD - BuLba Clockwerk #TI3 LIQUID ARE DOING IT!!! - YouTube), Bulba’s signature Clockwerk made great plays that helped his team win.

“I remember before that series, I needed to get that super respect out of my head ‘cause we cannot beat them with that. So I just played for fun…They were my idols growing up, so being able to play and beat them and even with my favorite hero at that time was a great feeling" Bulba said.

According to him, he was only one of the Team Liquid’s players that was a fan of Dota 1, so defeating the strong Chinese team led to this historic moment for the NA Dota 2 scene (The International Archives – Liquid vs. LGD - YouTube). From there, Team Liquid rallied for USA as they finished 7th in that tournament. 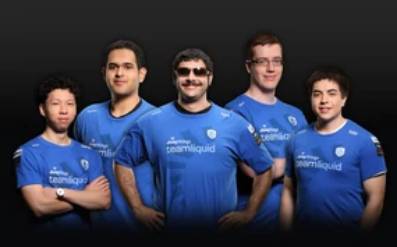 Along with this, his TI7 stint with Digital Chaos was one of Bulba’s treasured playing memories since he had a lot of fun playing Dota with like-minded players. Bulba shared that he recalls these times whenever he forgets why he remains in Dota 2 until now.

ON EG and NA

When asked about where Evil Geniuses will play, Bulba confirmed that they will remain in NA despite being composed of some players from Europe and SEA.

Bulba explained that the reason why NA has a small scene because it has fewer countries than Europe and Southeast Asia. Despite this, he never saw himself having allegiance in certain regions, but he also revealed that the old CDEC and the Chinese Dota scene is his favorite.

In this era of online tournaments, Bulba shared that this is one of a few times that the scene has had regional competition since most tournaments before feature international matchups. He also commended Quincy Crew’s CCnC for being one of today’s best players who came from NA.

After playing with Dubu, Forev, and Abed in Digital Chaos at Ti7, Bulba praised SEA players for their hard work and humility. That being said, he thinks that SEA has a lot of great players but lacked the proper management to succeed.

As for EG’s status, Bulba explained that they are on a break since it will not be viable for the org to fly Abed and Iceiceice to bootcamp only for online tournaments. Despite this, EG is still looking forward to play with their new roster when the DPC season begins next year.

“We’re willing to skip out a few tournaments this year because we really love playing with Abed and Iceiceice” Bulba said.

Bulba is hopeful that NA will grow more competitively so that they could train harder with them when the regional DPC kicks off. As for coaching work, Bulba and Fly watches some tournaments as they await the patch.

What do you think of this podcast? Share your thoughts in the comments and stay tuned for more!

下一篇：Epileptick1d - The Major Kings are back