The fear of zombies or the undead is defined as Kinemortophobia. And you didn't visit the wrong article because yes, we are actually talking about Kuroky's Undying. With the return of Kuroky to Nigma, many fans are definitely excited to see what he can put onto the table. Especially after months of underwhelming performance in recent tournaments. 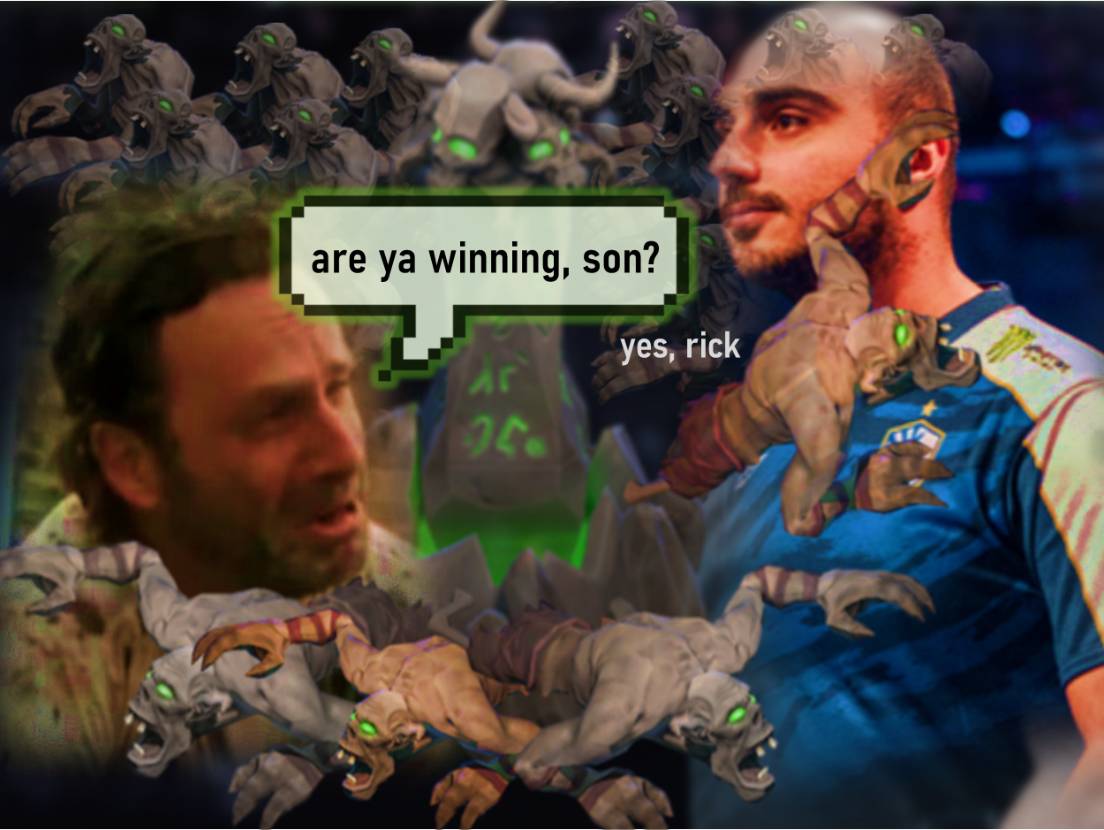 It's the first game between Nigma and Alliance. Both teams have their fair share of terrible performance in the EPIC League, so let's just say this match should be relatively fair. However, putting aside w33's questionable 1-19 Storm Spirit, Kuroky does occasionally pull off unique drafts. For instance, in this very match, Kuroky's Undying, coupled with Gh's Phoenix, is the definition of wombo combo.

The team fight presence from the duo supports just made life much tougher for Alliance heroes to even stay in the fights. Most notably, Kuroky was able to use Soul Rip to remove chunks of health from any enemy hero. Even Limmp's Ember Spirit was having trouble trying to escape the life-draining monstrosity.

Kuroky's hard support Undying has been exceptional, being able to survive most clashes as an Undying is probably the most significant advantage a team can ask from their support allies. However, another player who also stepped up their game is Gh, and his new hero, Phoenix. While playing Phoenix is a no-brainer, and it's also a meta pick, it's actually Gh's positioning that really made him a threat to elusive heroes like Ember Spirit.

In one fight, Limmp's Ember Spirit managed to use his Remnant to escape from Undying, only to be in the AOE of Phoenix's Supernova. The stun landed on the lather, giving Gh ample time to kill off the mid player. Perhaps it’s just a coincidence, but I like to think that Gh predicted Limmp to remnant out to the spot, so he pre-casted his Supernova for that perfect moment.

Nigma is back alright

If you aren't aware, w33, Nigma's mid player has gotten quite some hate since the International 2019. A year later, w33 is still getting bashed and flamed by viewers for his bad plays or generally when Nigma is losing heavily.

That said, Nigma is never a team that would get eliminated prematurely before the playoffs. As they are currently doing fine in the group stage of the EPIC League, perhaps the viewers' impression on Nigma will shift. Miracle is often hailed as Nigma's carry. Hence we don't always get to see w33's differences because of the biased perspective. Stay tuned.