Esports platform FACEIT is putting together a host of leagues for collegiate North American teams to vie for a $55,000 pot across League of Legends, Counter-Strike: Global Offensive, and Valorant circuits.

The deadline for college players to sign up will be November 1, after which the TO will move ahead with a two-division system for CSGO & Valorant as well as regional qualifiers for League of Legends.

College players should note that the Premier and Contenders league will have a registration fee of $125 per team and $75 per team, respectively. 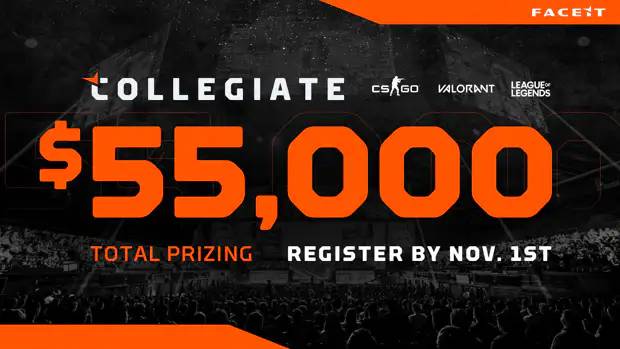 FACEIT
FACEIT will give aspiring esports players a chance to compete for cash in Valorant, LoL, and CSGO.

Both Premier and Contenders will have a 10-week Swiss format regular season that will lead into a single elimination playoff in Spring 2021.

Matches start on November 5-10 with the regular season’s 10th match scheduled for February 18-23, so student teams will have months to plan, prepare, and play out the full season.

The playoffs are planned to take place in March through April in the new year, with the Championship following after. 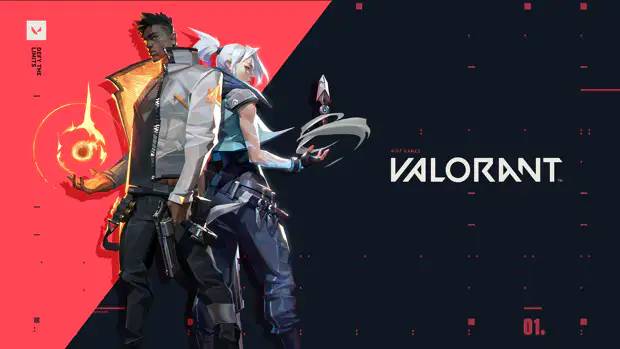 FACEIT will produce a three-phase LoL circuit that will eventually decide which team claims the biggest take of the $15,000 prize pool.

State-wide qualifiers, consisting of 16 teams each, are going to take place in the US and Canada. These will decide which teams make it into the Regional Stage. The top four teams that make it out of the Regionals will go on to the Finals for the biggest share of the $15,000 pot.

Every state qualifying tournament will require a $100 registration fee, 50% of which goes to the prize pool. FACEIT gave this example: “if the California tournament has 10 teams, there will be a $500 prize for that.”

To get more information on the collegiate leagues, head over to FACEIT’s hub to register your team.