Shroud claims CSGO is “undeniably dying” after 100 Thieves pull out

Shroud claims CSGO is “undeniably dying” after 100 Thieves pull out

Michael ‘shroud’ Grzesiek’s CS:GO days might be long behind him, but the once-star of the Cloud9 roster has a grim outlook for the game’s future. He claims it’s “undeniably dying” as more teams like 100 Thieves pull out, especially in North America.

Shroud was once one of the Kings of North American Counter-Strike. That’s really where the 26-year-old got his start, playing professionally from 2013 to 2017.

He spent most of his career on Cloud9, where he dominated the American scene. He made seven majors, won countless regional titles, and even took home some big global events like ESL Pro League Season 4 way back in 2016. 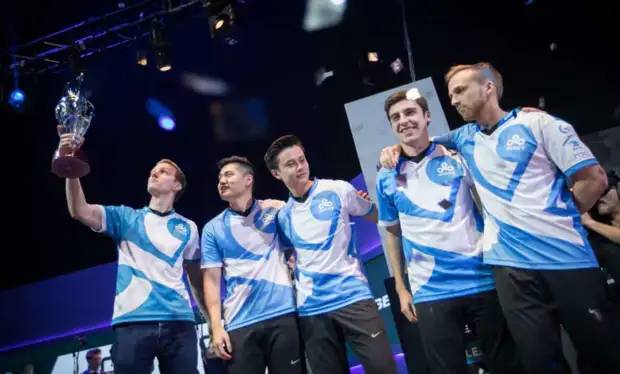 ESL
Shroud was once at the top of North American CS:GO. Now, he believes the scene is dying.

However, since shroud moved on, so has the CS:GO scene. For the latter though, it’s moving towards a slow demise. CS:GO, in North America especially, is on its final legs according to many, shroud included.

Shroud has claimed the FPS title is dying ⁠— not because of any external competition, although that could play a part ⁠— but rather through teams pulling out like 100 Thieves. As the competition thins, the room for improvement slims.

“There are [few] NA teams now. NA as a whole is not popular at all. You have EG, you have Liquid ⁠— and that’s it. The rest of [the competition] is European,” he said.

“NA just died in CS:GO, hard. In my opinion, that’s a very big L to the community, to lose NA. [The region] brought so much hype, so much excitement into the game and scene, so for that to be lost kind of sucks.”

“It sucks for NA because you benefit off of each other. If NA as a whole is kind of sh*tty, then they won’t advance as quickly [compared to] if they were all really good.”

Shroud questioned the amount of money being pumped into the CS:GO scene. He claimed that there are still players in North America on over $40,000 a month, and he wonders whether that investment is worth it at all.

“CS is undeniably dying, but players are still getting paid like $40,000 a month. I don’t understand where this money is coming from and how it’s still pumping.”

He also criticized NA’s practice culture as a big reason for their lack of international success. The region has only won one Major: Cloud9 at the Boston Major in 2018 without shroud. There was lots of potential, but NA teams didn’t have the right mentality.

“The amount of sh*tty scrims we used to get ⁠— oh my God. Half of our practice was a waste of time. Whether that’s our fault or the other team’s fault, it was so lame. All NA wants to do is win, even in practice, and winning in practice does nothing for you.”