Counter-Strike map maker Shawn ‘FMPONE’ Snelling has revealed some new visual upgrades and map changes to the popular CS:GO map Cache, since it was removed from the active competitive pool.

Counter-Strike has featured plenty of iconic maps over the years, with the likes of Dust2 and Nuke still included in the competitive map pool and regularly seen in tournaments.

However, every so often Valve will replace certain maps in the rotation, if they have become too stale or if they are in need of a rework, which has been seen with plenty of maps in previous years. 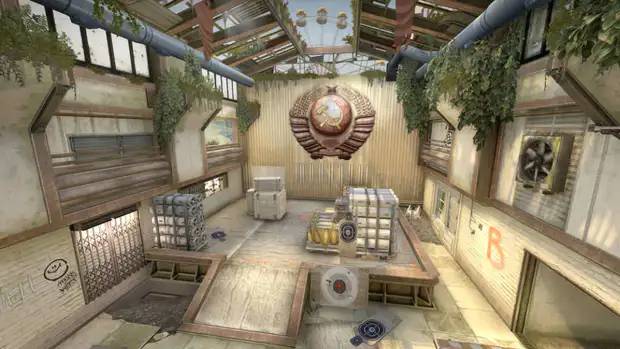 FMPONE, Twitter
Cache is the latest map to receive some visual upgrades in CS:GO.

The latest map to be removed from the active pool was Cache, which was originally made by FMPONE and Sal ‘Volcano’ Garozzo, but, FMPONE might have now hinted at its return to the active pool, after sharing even more adjustments to the fan-favorite map.

FMPONE finally revealed the changes with his followers on October 17, explaining that the Workshop version of DE_CACHE was now updated, meaning that players can see the new changes for themselves.

The level designer explained that the latest set of changes were primarily focused on cleaning up some of the clutter around the map and improving the visuals.

“The Workshop version of DE_CACHE is now updated, removing excessive details and generally smoothing the visuals,” he added, sharing more screenshots of the changes.

While these changes might not have a massive impact on the way teams play Cache, the new visuals could still help to improve players’ gameplay experience. As of now, Cache is currently sitting in CS:GO’s Reserve map pool, meaning that it is still available in matchmaking but won’t be used in Majors and other competitive events.

It is unclear just when this updated Cache will be added back into ‘Active Duty’ but changes like this are a good sign to fans of the classic map.