N0tail: the best position 5 in the mid lane

N0tail: the best position 5 in the mid lane

Yesterday, crowd favorites, OG were eliminated from OGA Dota PIT Season 3: Europe/CIS in the second round of the Lower Bracket. Even though Topson did not play with them, Notail returned to play mid and gave us some good games in their short run.

Throughout the nine games they played, Notail has played six different heroes. However, most of the games he played feature two of his signature supports – Oracle and Abaddon. 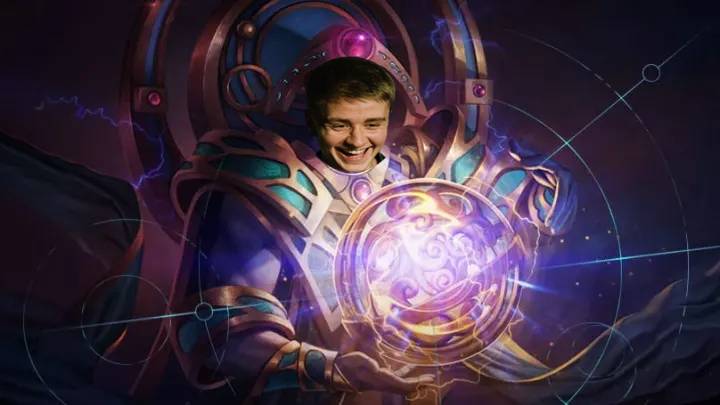 After losing the first game against Alliance, OG seemed to have finished their warm up as they saved their last pick for a mid Oracle on Notail against Limmp’s Void Spirit. In the early game, Alliance controlled the pace, but as soon as Notail finished his Arcane and Kaya by 17 minutes, OG began to fight back. Even without Chrono on Midone’s Faceless Void, he joined the fight as the Fortune’s Ends and Fate’s Edicts from Notail helped burst down Nikobaby Morphling. With great positioning, Notail was able to save his teammates a few times to turn the fight around. With their aggression and near-unlimited sustain, OG was able to even the series behind Notail’s 14/4/19. Despite this win, they lost the series and was sent to the lower bracket.

Notail’s mid Oracle appeared in the third game in the Lower Bracket round 1 against 5men. This time, it became a first-phase pick to confuse 5men. Their draft order against 5men’s teamfight paid off as the early level 12 of Oracle allowed them to group up quickly and control the game. From there, OG didn’t stop as Notail’s sustain and burst extended their tournament run as he finished with 6/0/18.

However, the magic of Notail’s Oracle mid was ended by Na’Vi in game 3 of the Lower Bracket round 2. Even though OG is known to play fast-paced drafts, Na’Vi managed to outmatch them as V-tune's Spectre ended with 19/1/17 to eliminate OG from the tournament.

In the Lower Bracket round 1 against 5men, OG played a mid Abaddon for Notail as he faced Chessie’s Tiny.  Early on, 5men had the lead with rotations from their Earth Spirit and Tiny. But as soon as Notail finished his Lotus Orb by 18 minutes along with Ceb Dark Seer’s aura items, they were able to control the pace of the game. With OG’s disables and sustain, 5men was not able to fight every initiation, giving OG the first game behind Notail’s 1/3/17 and Midone’s 11/1/7 on the Faceless Void.

On the nine games they played, Notail played an offlane Abaddon on their first game against Alliance. Along with these two, he also played Puck, Earth Spirit, Zeus, and Outworld Devourer. All in all, he averaged 5 kills and 10 assists.

Based on their drafts, it is proven that OG can win with any draft. However, the most noticeable thing in the games their played is Notail playing traditional position 5’s in the mid lane. With his previous experience as a core player, Notail surely combined this with his support expertise to take a few wins with an Oracle and Abaddon mid.

For those of you who don’t know, Oracle’s spells can be used either offensively or defensively. His Fortune’s End (Q) is a channeled spell that can damage and root enemies as well as debuff its allies. His Fate’s Edict (W), has same effects on allies and enemies – it disarms them and gives them 100% magic resistance. His Purifying Flames is his nuke that is followed by a heal. Lastly, his ult, False Promise, can remove debuffs and double the healing done during the duration of the ult.

In lane, Notail can easily trade damage with opponents with his Q and E. Then as he reaches level 6, he can join his team to burst down the rest of the opponents. In all three of Notail’s Oracle games, he built Bloodstone. This is perfectly convenient for Oracle as he can build Arcane Boots and Kaya before completing the Bloodstone. With the increased spell lifesteal, spell damage, mana, and magic resistance, an Oracle with a Bloodstone can do wonders in fights as the passive effects of the item can help Oracle save and damage everyone the longer the fights get.  Moreover, clever positioning from Notail gave him opportunities to cast a full duration Fortune’s End as well as make some clutch saves.

On the other hand, Abaddon almost offers the same skillset as Oracle, the only difference is that Abaddon can trade in close range with the increased attack speed and silence offered by the Curse of Avernus. At the start of fights, Notail will trade and try to proc his passive against enemies, but as the fight progresses, he started to focus on saving his allies with Shield and Mist Coil. With his ult, Borrowed Time, he can easily regain HP. Because of this, Notail can easily shift the enemy focus towards him or his teammates so he could escape or save anyone.

Supports are generally heroes that do not rely on gold and levels to disable and deal damage. But when they can get access to farm as a mid laner, they can easily put out a lot of damage and set up kills for the team. This is why Notail managed to get ahead of the game with kills and levels.

Other factors that made these unconventional mid picks successful is OG’s four-protect-one strat. Ceb builds the sustain, Saksa and Sockshka build the other utility items so the four of them could make Midone survive in fights as much as possible.

Even without Topson, OG surely gave us some interesting matches. Will you be trying an Oracle or Abaddon mid in your pubs? Share your thoughts in the comments and stay tuned for more!