Dendi , The best support player has some tips for you

Dendi - The best support player has some tips for you

Dendi is back to stream pub games? It’s everybody’s favorite Dota 2 idol; though he’s not doing that well in the competitive scene, it’s nice to see him still being cheery during his casual stream. 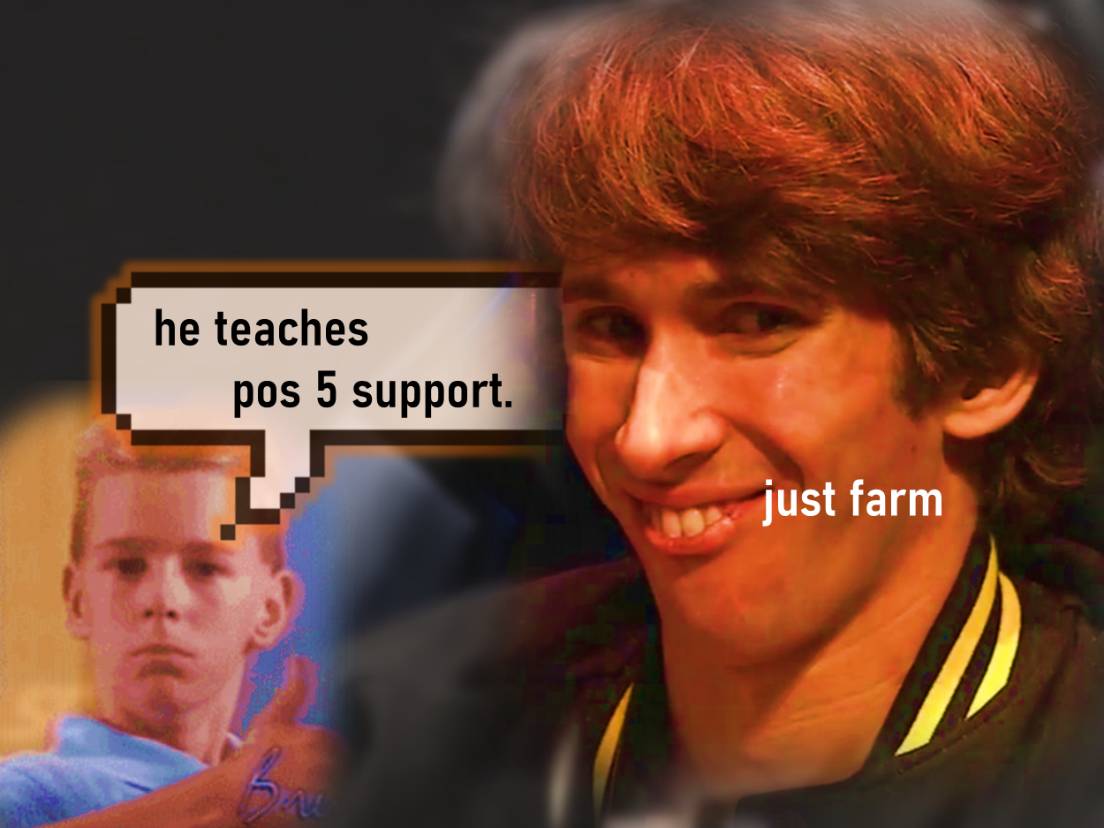 Whether you like it or not, Dendi is still a pro player, even if he plays the carry role most of the time. So, his advice might just help some of us climb the ranks as a hard support player. During his stream, he was probably asked about how to play pos5 support, to which he sternly responded, “help team, farm, help team, farm. Farm, farm, farmmmm…”

Yeah, I reckon that Dendi is not actually serious about that, after all. Anyways, it’s clear that what he meant was that a hard support player should always be helping the team (probably staying close, in case of fights or enemy attacks). However, he also mentioned prioritizing farm too, which is not a luxury that most supports, especially a hard support, can afford.

Yet, perhaps there is truth to his advice since pro pos5 players such as Puppey is notoriously known to be a fourth carry in Team Secret, sometimes overtaking his offlaner’s net worth too. While Puppey does play unorthodox supports such as Weaver and Axe, it doesn’t change the fact that he can still have items.

Being alert and staying close to your team

Besides that, Dendi also poked fun of his own actions in that very game he’s playing. After respawning, he went to the bottom lane to farm and push the lane, instead of joining his team’s advance to push the enemy base (at the top).

In which, he jokingly said, “team is fighting? Position 5 is dancing (not giving a bat about his team or the fight)”. Well, what he really meant was that pos5 players often do not join fights in-time because they weren’t around their carries. Which, is it isn’t obvious enough, a horrible decision to do.

Chances are, the fight may go south for you and your team since they were fighting 4v5. Thus, giving the opponent a glimpse of hope at comeback or prolonging the game.

As for Dendi’s founded team, B8, unfortunately, isn’t doing well at all. In fact, they are holding a prominent last place in the group stage, where they are certain of elimination from the BTS Pro Series S3: Europe.

Dendi’s team B8 had recently gotten a roster shuffle, a complete one at that, where only Dendi was the founding member to this date. Yet, it just seems like B8 couldn’t find the path to becoming a tier-1 team that Dendi envisioned. Regardless of the circumstances, Dendi still remained optimistic about the situation and continued to play on as team captain and drafter.

However, for Dendi’s fans, it’s definitely not a sight for sore eyes to see their favorite player and team in the dumps. Stay tuned.