Invictus Gaming has announced their Dota 2 rosters for iG and iG.V on their official Weibo. The roster for iG stays unchanged for the upcoming season, while some changes has been brought to iG.V, its academy team. 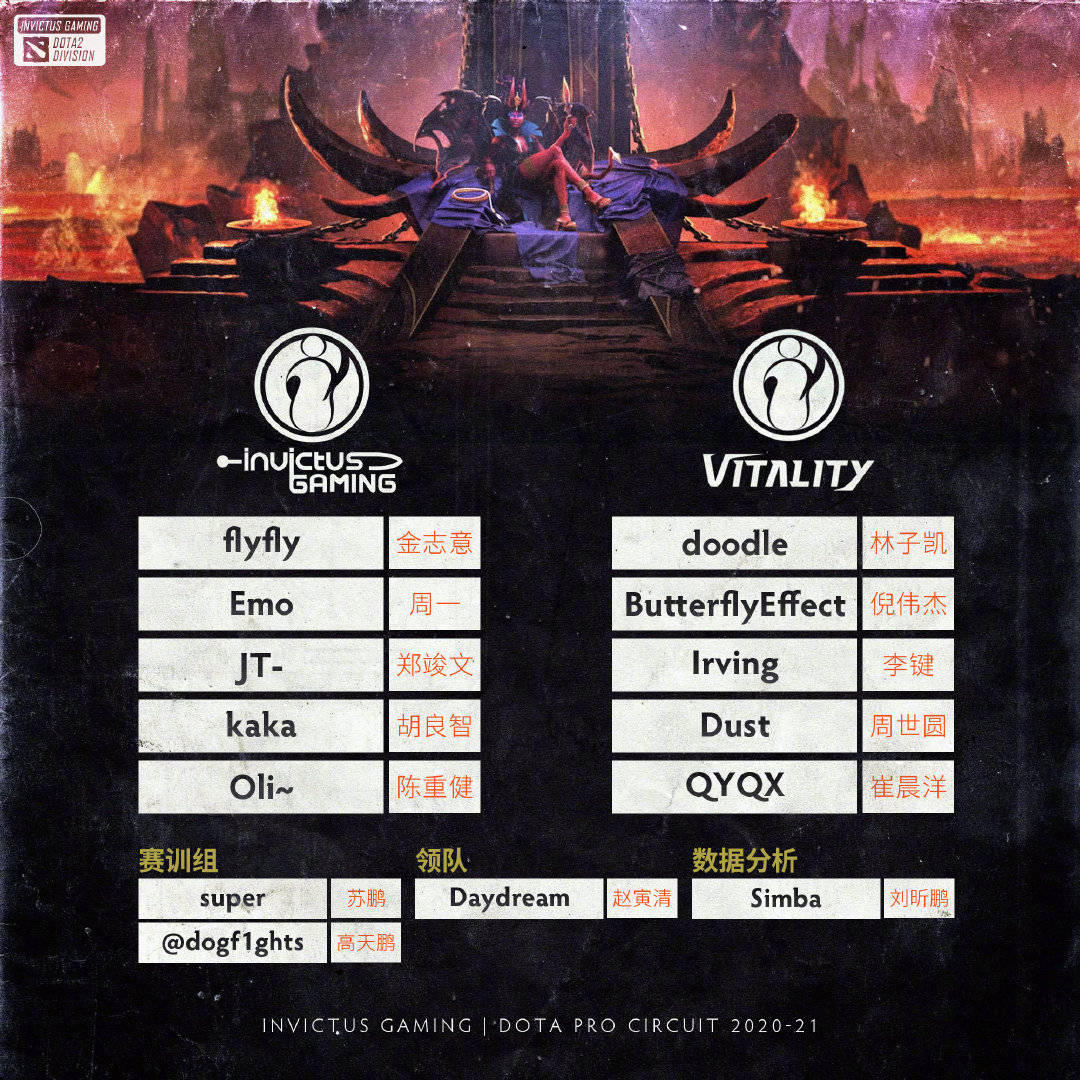 Su "super" Peng and @dogf1ghts will in the coaching team, and with Daydream as their team leader, Simba working on data analysis.

下一篇：Meta anaylsis: The heroes & items of the OMEGA League