Na’Vi’s COO Aleksey "xaoc" Kucherov, recently gave an interview to the CYBERSLOVO portal and talked about a number of different topics and various esports titles including CS:GO, Dota 2 and even VALORANT speaking on the results, transfers, and other business aspects of the CIS organization.

Na’Vi signed a youth team for CS:GO in September 2019. In the interview, he revealed that Na’Vi was considering picking up a youth team like VP Prodigy or OG Seed in Dota 2, but had to drop their plans because of the uncertainty surrounding it.

“We thought about creating a second roster in Dota, but in CS it is at least more or less transparent. Players cost a lot of money if they get approached by NAVI, such money should not even surface in the CIS. So it is more profitable for us to raise our players, find talents, support them - these are two goals. The third is to develop a small methodology for nurturing talents. The system is already in place, but it must be scaled and tested more than once. This all applies to the CS because there are a lot of small events in the CS, in which you can participate. There is practically no such thing in the Dota.” 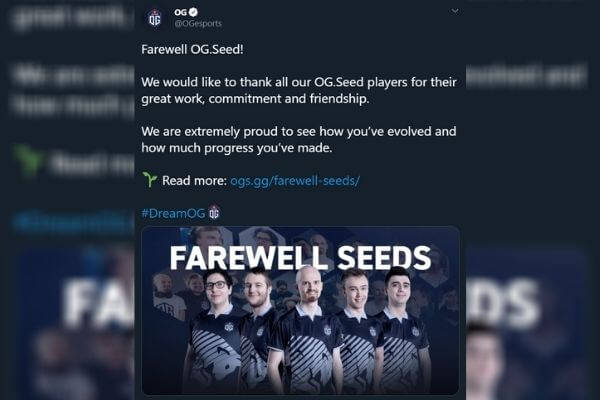 There have also been rumors of Virtus.Pro looking for potential buyers for their VP Prodigy team. It looks like having a youth team in Dota 2 isn’t a viable option, except for maybe in the Chinese region where there are structured leagues and tournaments.

He also spoke about how the main Dota 2 lineup’s momentum was broken because of COVID.

“After Cema joining our Dota 2 team, it was crucial to gain confidence in the first upcoming championships. After winning the qualification for Los Angeles, it could have been a good push for the team. But COVID-19 happened, the momentum was broken and we are looking for a way out of it. From the outside, we can see simple and clear solutions, but not everything is so clear for different reasons. In any case, we have finalized the line-up at this point and are now working on team development.”

Na’Vi’s COO also hinted that they are considering picking up a VALORANT roster in the future.