Syed Sumail "SumaiL" Hassan is regarded as one of the best players in Dota 2. At just 16, he became esports' youngest millionaire after he won The International 2015 with Evil Geniuses. Now one of the best players in the world finds himself without a team after he parted ways with OG earlier this week. We take a look at who SumaiL is and how he became a household name amongst Dota 2 fans.

What would you do to play Dota? Well, SumaiL sold his bicycle so that he could play Dota for a few more hours. That tells you a lot about the type of player SumaiL is.

SumaiL was born in Pakistan and later moved over to Illinois. His older brother Yawar "YawaR" Hassan is also a professional player who is currently playing for Quincy Crew. At the age of 15, SumaiL joined Dota's most prominent North American team - Evil Geniuses. Quickly after SumaiL joined, EG won the Dota Asian Championships, which had the biggest prize pool outside of The International at the time. He would then go on to win The International 2015, which was his first time at TI. It would make SumaiL the youngest ever millionaire in esports. During this era, we started to see the lane-dominating spell-casting mid lane player become known for his Storm Spirit and Shadow Fiend. 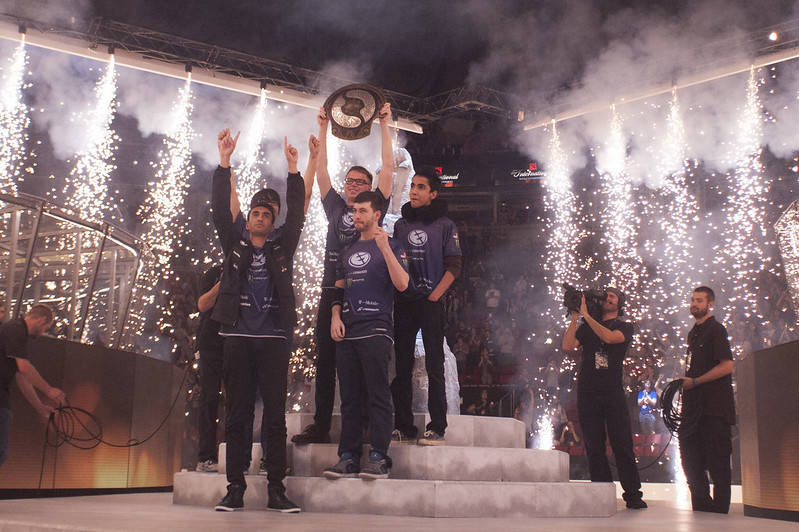 Because of SumaiL's achievements at The International 2015, he is also a Guinness World Record holder and, apparently, has the official certificate to go along with it.

SumaiL has impacted the game in many ways. For example, he popularized Eul's Scepter of Divinity on Shadow Fiend. From 2015, a video called "TheNewMeta: Shadow Fiend / Euls" shows SumaiL dominating people with the Euls + blink Dagger + Requiem of Souls combination, and high-level players debating whether the build is correct or not.

Fans have debated on reddit about what made SumaiL popular. Was it the new Euls SF build or his amazing Storm Spirit plays?

SumaiL has become known for his aggressive, lane-dominating mid plays. His most played heroes are Storm Spirit, Puck, Ember Spirit, Queen of Pain, and Invoker tied at 66 games. He has terrorized teams as Storm Spirit, even after they thought they'd gotten rid of him in the laning stage.

When SumaiL joined OG at the start of 2020, he was placed into the carry role with Topias Miikka "Topson" Taavitsainen occupying the mid lane.

SumaiL hosts some incredible records such as:

He is the hottest free agent in the Dota 2 scene currently. It seems likely that he will end up on a North American team due to living there. Could he rejoin his brother Yawar on Quincy Crew? Or will he join another NA team such as business associates, 4Zoomers or Cr4zy, to name a few? The world is his oyster. He could potentially join a European team if he wants to relocate to the region, something he has mentioned in interviews.

Wherever he ends up, I'm sure we'll see the superstar back in action in no time!