Will Team Secret be nerfed in this patch?

Will Team Secret be nerfed in this patch?

As the professional Dota 2 scene transitioned to online tournaments, Team Secret began a hot streak, winning six of their last eight tournaments. A lot of patches went by, but this time, 7.27 brought a lot of changes, especially to the heroes. Will Team Secret continue their six-tournament win streak if they compete under this patch?

With data taken from Dotabuff, let us take a look at how 7.27 might affect this squad.

With 90% win rate in 30 games, Earthshaker has been a vital part of their draft in the position 4 for Yapzor as well as some offlane matches on Zai. As a position 4, Yapzor has used Fissure to secure some early game ganks as well as crucial late game catches. With this update, the Fissure duration is reduced from 8 to 6.5/7/7.5/8. Although the backswing animation time for Totem is reduced, this change is still a hit in securing early kills with a proper Fissure block.

Next on their top three is Yapzor’s signature hero – Rubick who has 77% win rate in 22 matches. Even though Rubick has shown strength in the previous patch, IceFrog still gave him a buff. Combined with the gold and exp Bounty increase, Yapzor’s Rubick will surely be stronger. Yapzor’s impressive farm with the hero can now have more impact especially with the changes in Fade Bolt. 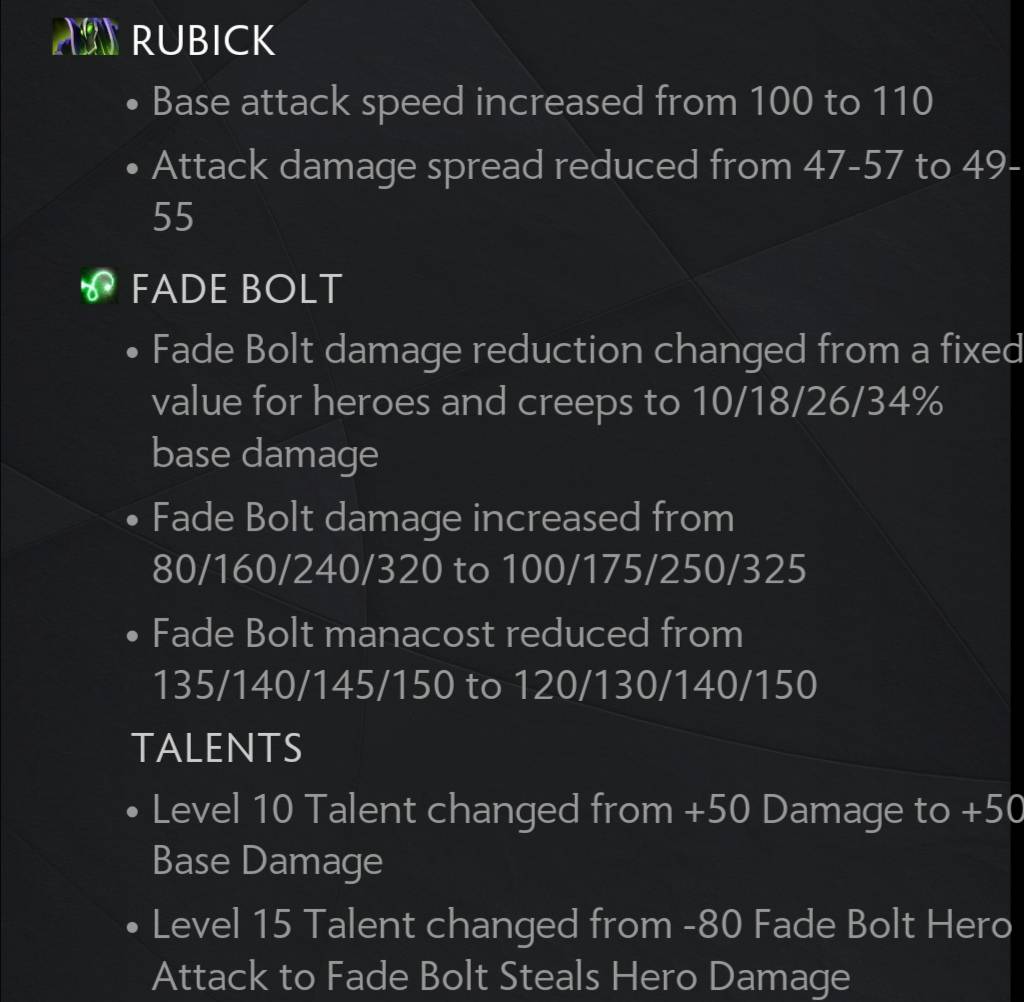 With 70% win rate in 20 matches, Puppey’s Enchantress is the last on this list. Although there has been minor changes with the hero, the change in the heal interval will allow Puppey to kite more with the hero. However, this won’t greatly affect Puppey’s game as he specializes in rotations with Enchanted creeps. 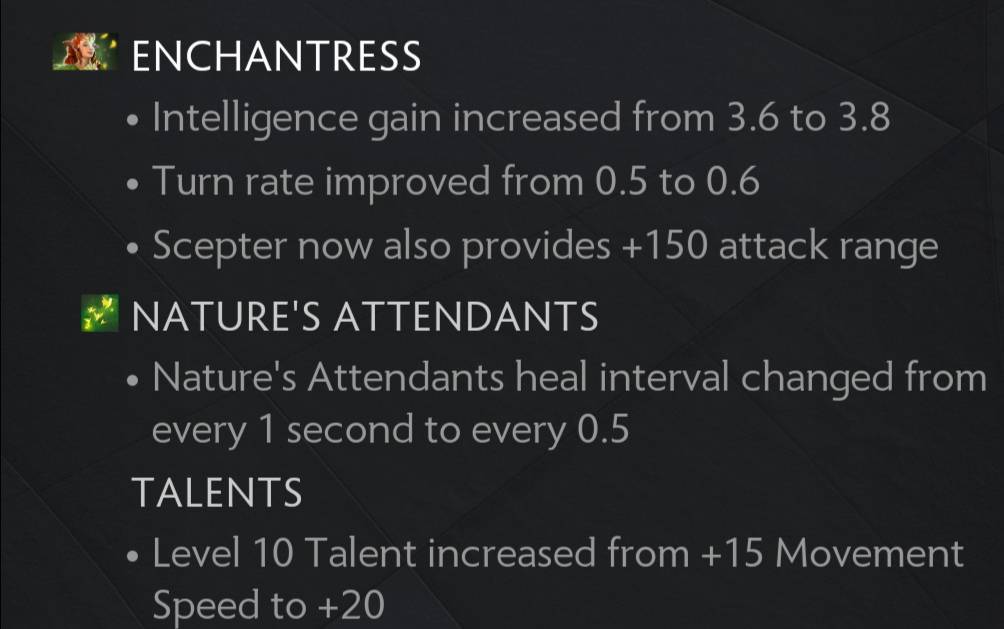 Starting with the position 1, Team Secret’s Lone Druid for Matu has 100% win rate in 14 matches. However, this recent change may finally stop their win streak with this hero. With Savage Roar no longer having duplicate cast, it would now be harder for Matu to escape ganks. In addition, nerfs to his Strength Gain and True Form armor will hinder his longevity in fights. While the changes to Summon Spirit Bear will not negatively affect Matu’s playstyle except for the Entanglement duration. 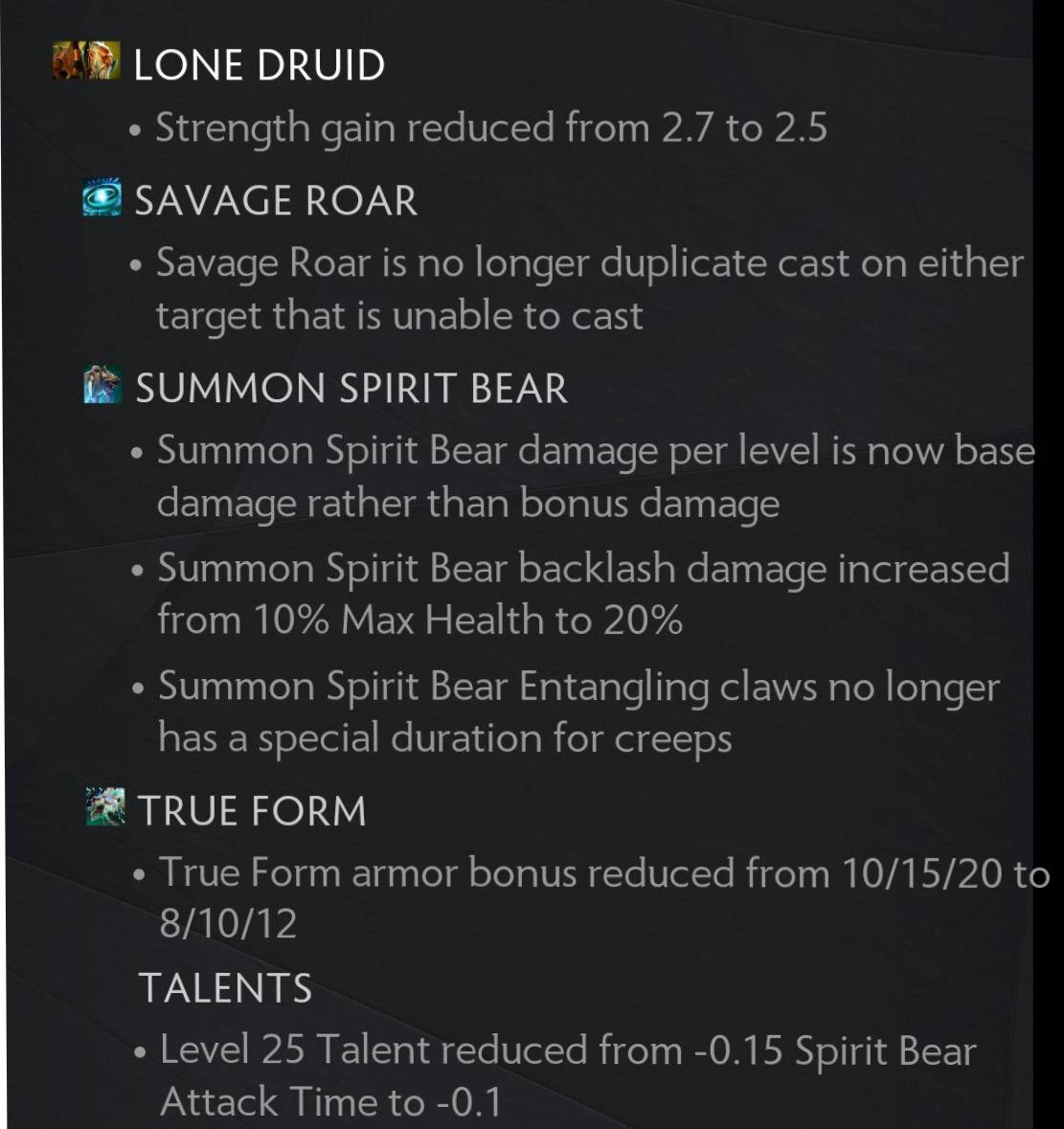 Next on this list is Nisha’s Queen of Pain who has a 94% win rate in 18 matches. As for Nisha, the recent nerfs to Shadow Strike would not affect him that much as he relies more on rotations rather than a passive early game with this hero. On the other hand, the mana cost increase for Sonic Wave can be easily solved with stat and mana boosting items. Unlike the nerf on Matu’s LD, this change on QoP will not significantly affect Nisha’s performance in upcoming tournaments The last one is for Zai and his Nature’s Prophet. In 15 matches, he has a 73% win rate. Aside from the gold/XP Bounty reduction on his Treants, there are no other changes to his abilities. However, Zai’s laning might be affected as NP’s base armor is reduced. On top of that, the +8 armor talent is moved to level 20, making it a bit difficult for Zai to front line in fights at the early stages of the game. 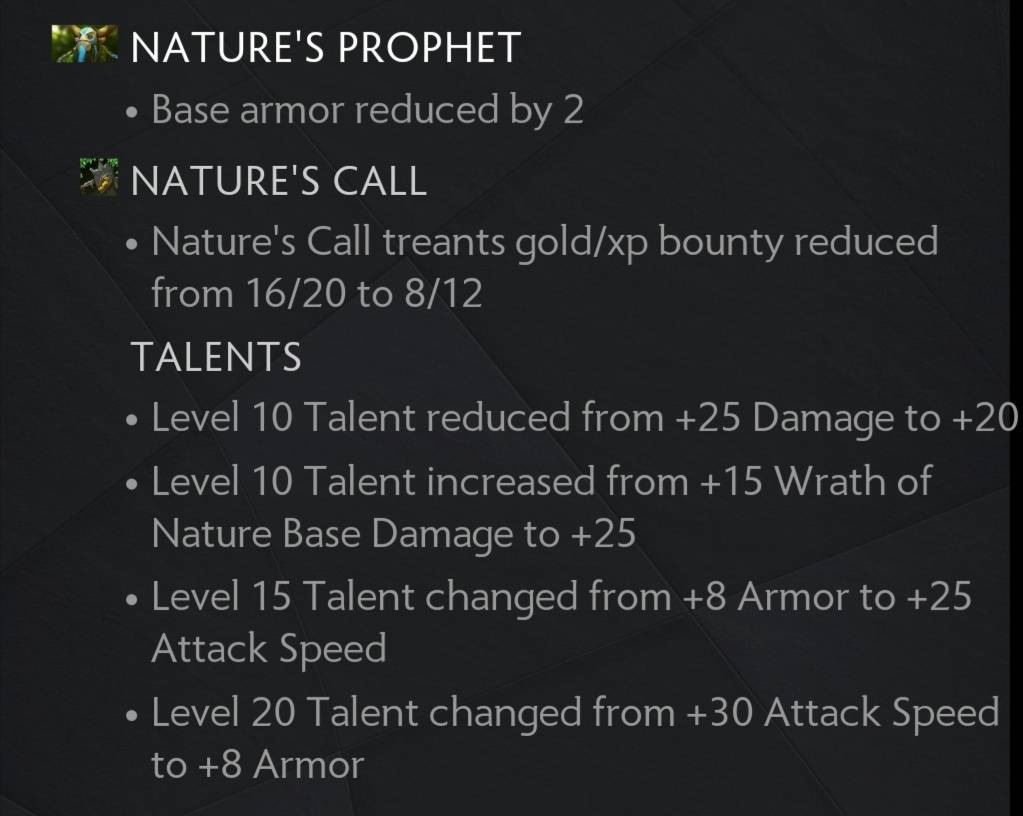 Can other teams win now?

Looking into a broader scale, Secret could still dominate the tournaments in this patch. With the recent change in Captain’s Mode having three ban phases, enemy teams would have a hard time banning Secret’s heroes on different roles. Puppey and Secret’s versatility in drafting can help them secure signature picks more easily.

With changes in the Outposts and Towers, it would be a bit harder for Secret to implement their map control with fights into pushes. In addition, several Aura items such as Drums and Vlads have been nerfed.  Team Secret can continue to be more aggressive in ganks as the hero gold and XP bounty is increased. Furthermore, several changes on Hero-specific items like Monkey King Bar and Orchid are still beneficial for Secret’s heroes like LD, QoP, and NP.

All in all, this new patch just puts everyone in an even playing field. Secret will only be dethroned if teams still fail to adjust to the meta. With the Omega League lined up, we will see other EU/CIS teams compete against Secret.

Which team will end Secret’s championship streak? Share your thoughts in the comments and stay tuned for more!

下一篇：March why?! Gabbi didn't need to die there!