Greetings folks, we tune into Arteezy’s stream once again for some insane adventures. This time around, it’s actually abusable. Of course, at the time of this article publishing, the bug should be fixed already, so you don’t have to get your hopes too high. 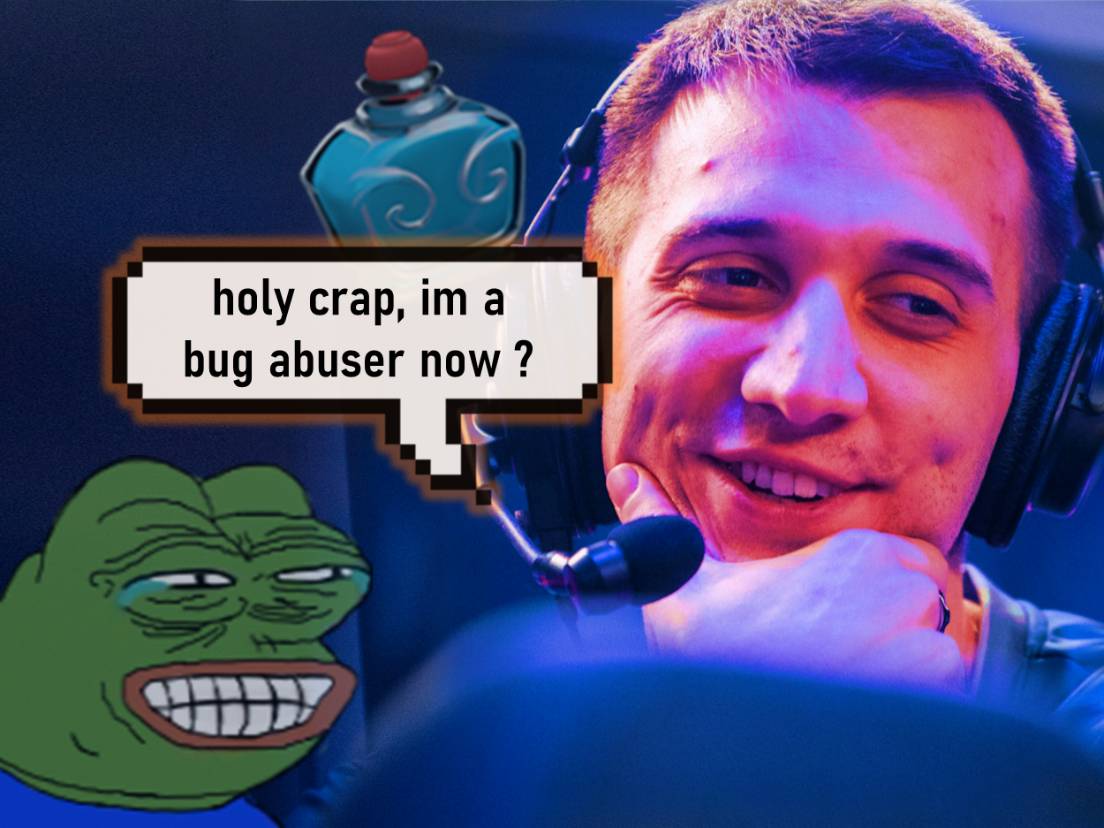 Just when mid players and Io pickers thought that the Bottle was nerfed several patches ago, Icefrog brought the item back to life again. The bug caused the Bottle to have double the regen of health and mana every time you use it.

That means you literally have regen that is faster than the Regeneration rune and more portable than the Fountain itself. Arteezy who was unaware of the Bottle bug bought the item on Pangolier at offlane. Upon having his chat telling him that the Bottle is bugged (in a positive way), Arteezy’s reaction was just hilarious.

Initially, he was concerned that he is “a bug abuser” now. However, that expression instantly fades away when he realized he could abuse the hell out of it. The enemy Anti-Mage was not ready for the overwhelming damage that Pangolier can do while playing aggressively.

Yet, even by “abusing” the Double Regen bug, the Radiant team was still stomped by its opponents. Perhaps it’s because the enemy Void Spirit at mid also bought the item, unaware of the abusable bug.

As for the other players, it was actually surprising to see that nobody else (besides Arteezy and the enemy Void Spirit) bought Bottles at all. They played the game, as usual, completely ignoring the abusable bug.

Well, I guess that’s Immortal bracket players for you, they have so much integrity on their shoulders that they would never abuse a blatantly easy bug, even if they could use it to their advantage and get easy MMR. Or perhaps they just don’t want the other side to do the same, and the whole game just becomes a shitshow of players with Bottle.

The Origins of the Bug

The bug, you guessed it, was caused by the recent summer event, the Aghanim’s Trials. The event used a similar Bottle item in its mechanics but at a much effective regen. Thus, most likely, somebody forgot to test if the effects of using the Bottle for the mini-game would affect the actual normal games.

Nonetheless, the event still shipped with various of game-breaking bugs. At the very least, the Bottle Regen bug is the only one that affected normal games. Other bugs that occur in the event are such as the Tiny holding onto one of the players, and never releasing him, even after all players have died.

But hey, at this point, complaining about bugs from a new update is a norm for Dota 2 players. After all, we players are the best beta testers out there, bumping into random bugs and voicing out to Icefrog for a quick fix. Stay tuned.