Today is the seventh anniversary of Dota 2's official release! A journey through the history of the game, from its origins to the end of beta testing in 2013.

9 July 2013: Developer Valve released a game called "Dota 2". Once the beta version ended, a new epoch of gaming began. The world would never be the same.

During those seven years since release, millions stormed the servers to play the new game, players became multi-millionaires, the esports scene was revolutionised and large parts of the population became addicted to last-hitting creeps while accidentally feeding the opponents.

But what did our world look like before DotA digitized into the masterpiece Dota 2 in 2013? Let's take awalk back through time and space and go on a journey through the history of Dota.

Three years after the turn of the millennium, an even more stupendous turn occurred in the gaming industry: The first version of DotA appeared. The game originally was a mod of Blizzard's flagship title Warcraft III: Reign of Chaos and its expansion The Frozen Throne. Fans created their own maps and game modes within the WarCraft universe with the powerful map editor. A player with the username Eul created the magical base of Dota which he based on the StarCraft custom map "Aeon of Strife".

More versions of the game sprouted, but the most popular mod was DotA Allstars by user Guinsoo. Then, the man and myth himself, the glorious IceFrog entered the project and programmed DotA to be more complex and ready for competitive use. In November 2014, DotA Allstars v.5.84 was released – the first competitive version of the game. The esports scene was waiting for this moment and so, the very first official tournament league was hosted by International Gaming Syndicate. The first official match in Dota's esports history was played between House of Zed and 4DTA.

At first glance, the DotA version from 17 years ago drastically differs from the title we are playing today. The two sides were called Sentinel and Scourge, heroes had names such as Kardel Sharpeye or Raijin Thunderkeg, abilities were different, the entire map looked completely different – but the basics of the game have always stayed the same. 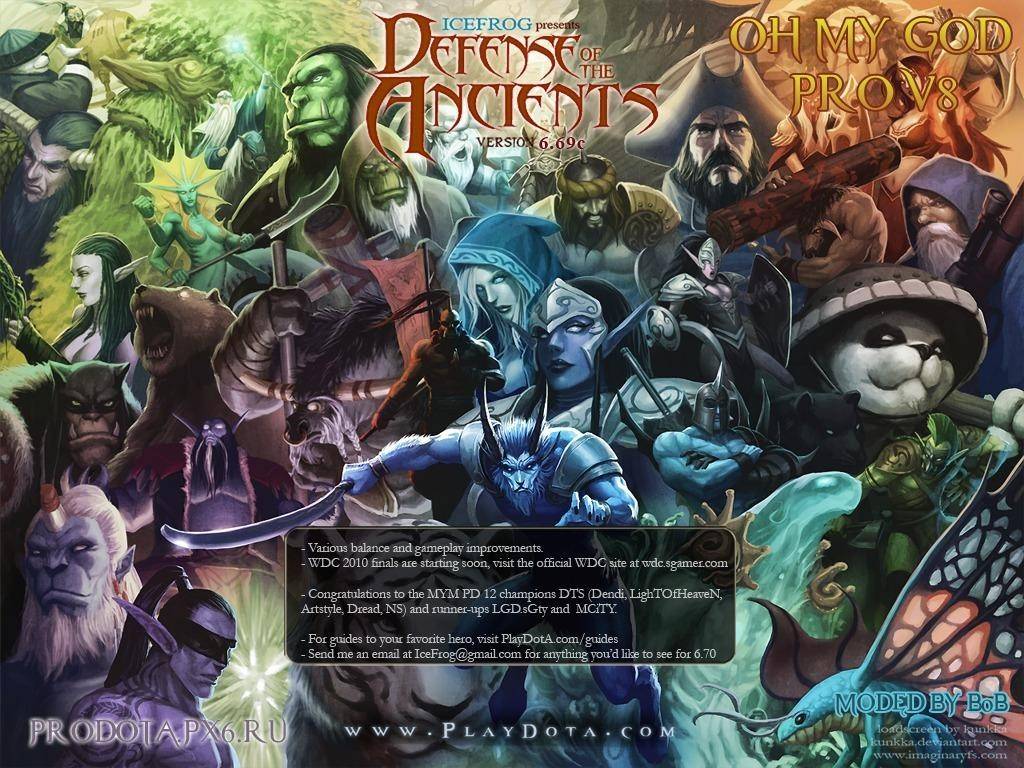 2005: IceFrog takes the project over

Mastermind Guinsoo departed from the project and IceFrog took over, together with another main developer called Neichus. On top of that, Dota was translated into Chinese by Heintje. If you want to get more insight into the development process, you can check out a Q&A on Reddit Neichus did five years ago.

There he reveals for example that Weaver's ability Shukuchi is named after a skill from swordsman Seta Sōjirō from the anime Rurōni Kenshin (or in Neichus words, "the little emotionless kid"). Shukuchi (縮地) literally means "reduced earth" and is a general term for the techniques of rapid movement or teleportation.

He is also the creator of Phantom Lancer which he jokingly regrets. He explained that he wishes he "could change PL really badly". In particular, he is unhappy with his ultimate which was more like "I'm out of ideas, here's a passive that helps his other abilities." The work he is most proud of: Pudge's Meat Hook.

A few years later, Lord Gaben got involved in Dota as game developer and publisher Valve hired IceFrog as team lead to create the stand-alone sequel Dota 2. The esports scene continued to flourish, the largest tournaments were DreamHack events and the "SMM Grand National Tournament" in Malaysia. The game was especially popular in Asia, or more precisely China. SMM podium spots were often claimed by Chinese players and according to IceFrog estimated that the Chinese DotA audience was around 40-50% of the worldwide player base. For 2009 alone, the cold amphibian estimated around 7-9 million new downloads. 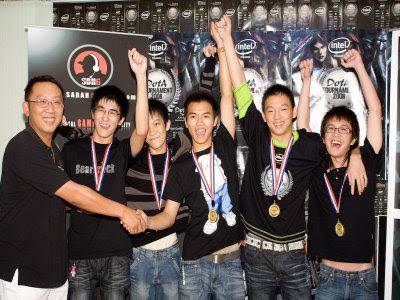 After two years of hard work, the Dota 2 Beta was finally announced. Valve developed an amazing marketing strategy for once to present their new game: They showed the title at the biggest video game fair in the world, the GamesCom in Cologne, Germany. Valve let 16 top DotA teams compete in the very first The International for a prize pool of $1,600,000.

"What does a hero truly need? That is for you to decide!" The GamesCom announcement trailer is still the most watched Dota video on YouTube to this day with over 10 million clicks. (Apart from Basshunter's "Dota" masterpiece which boasts 32 million views).

The International 2011 hit the world harder than Invoker's Meteor and build the bedrock for the glorious professional esport that followed. The tournament also heralded the legendary Natus Vincere era, as the five players were the first team to ever claim the Aegis in the history of Dota. Among those legends, there are two players that are still competing to this day: Clement 'Puppey' Ivanov and Danil 'Dendi' Ishutin.

2012: A lawsuit with Blizzard disturbs the release

Valve faced a huge obstacle before they could finally release their game. In 2012, Blizzard opened a legal dispute since Dota was created on the base of their title Warcraft 3 and used the game's heroes, terms and more. Blizzard developed a MOBA themselves that would be eventually known under the name Heroes of the Storm, so a trademark fight started. The company intended to prevent the Valve's registration of the trademark DOTA.

However, the case was closed with Valve gaining franchising rights for commercial use to the trademark. Not all parts of DotA Allstars were directly created by Blizzard and their employees, as abilities and heroes for example came from fans that worked on the mod. However, Valve made sure to change clear intellectual properties, such as names and artwork. The way was paved and Valve set sail straight towards the release of their new game. After two years of beta testing, Valve finally released Dota 2 to the public. In the course of the past seven years, Dota consistently stayed one of the biggest esports titles in the world, offered the highest prize pools and kept high viewer numbers for tournaments and a loyal player base.

Of course, the active player count highly fluctuated through times. The highest number so far was reached in March 2016 when Dota had over 1,291,000 simultaneous players. A month prior, the game reached its highest average player count with over 709,000 players.

This year, Dota hit its lowest amount of players since release. In January 2020, only around 378,000 were active in the game in general. The peak only reached around 616,000 players. During the lockdown season, numbers went up again.