TobiWan , Never again in the history of DOTA

TobiWan - Never again in the history of DOTA

After almost a week of silence, renowned caster Toby “TobiWan” Dawson announces that he will leave the esports scene. 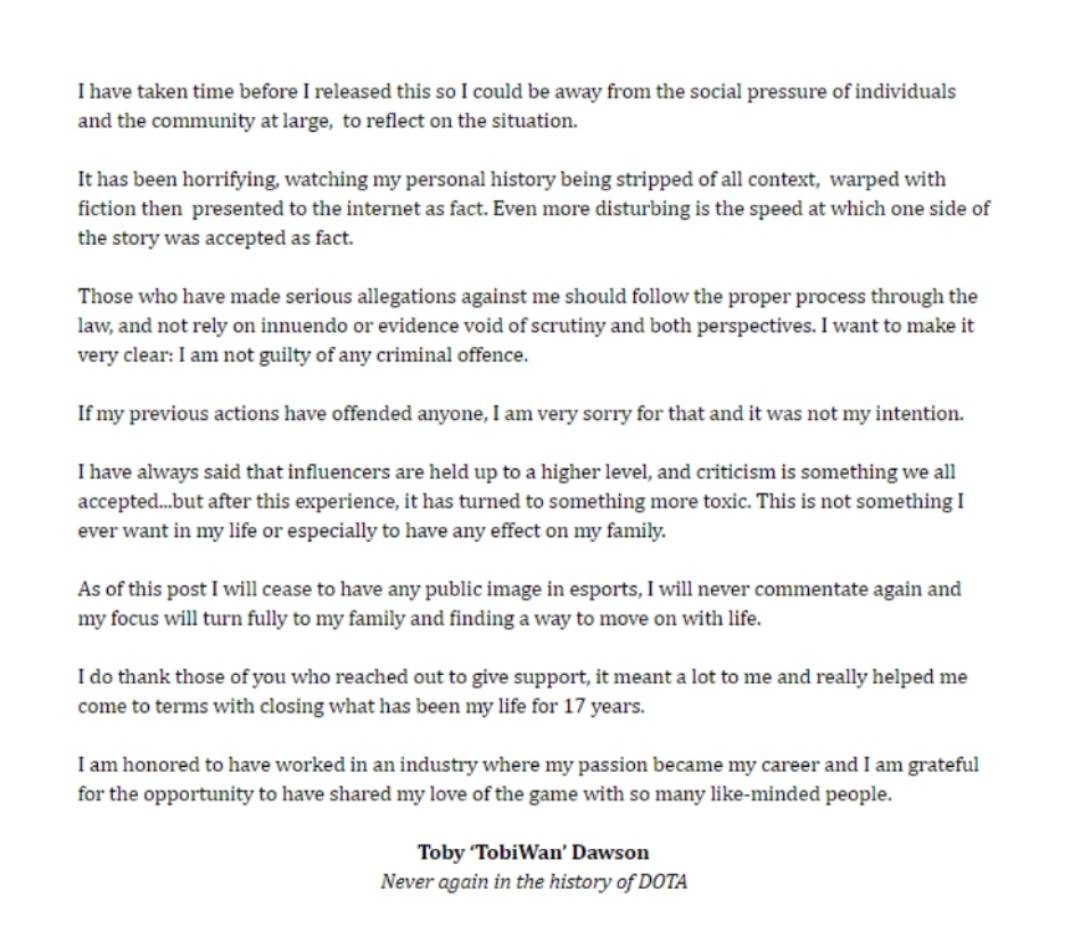 Last week, allegations of sexual harassment and assault came forward against several members of the Dota 2 talent scene. In a Reddit thread, Reinessa compiled all the events that transpired in regards to the allegations revealed.

After the first stories of harassment arose, TobiWan has responded with a TwitLonger, but after facing backlash, the post was quickly deleted. However, the Reddit thread also has the screenshot of his initial response. A few hours later, Tobi posted another TwitLonger addressing all the allegations concerning him.

But shortly after, Synderen’s girlfriend, Meruna, has revealed what actually happened between him and Tobi. Along with this, she has also sent evidence to other respected members of the community to validate and prove the credibility of her story.

Since then, Valve has removed and replaced TobiWan’s voice lines in the Battle Pass. In addition, esports talent agency, Code Red and Beyond the Summit have cut ties with Tobi.

Breaking almost a week of inactivity, Tobi comes forward saying that the serious allegations against him should undergo the process of law. After an apology, Tobi announces that he will cease his esports persona to focus on his family life. To close out, he expressed gratitude to everyone who supported him throughout his 17-year career as a caster.

At the end of his statement, Tobi signed his name above a reference to one of his iconic voice lines – No one has done that ever in the history of DotA!

Even though we have not seen all the evidences, the evidences shown privately must have been so concerning that Valve themselves quickly removed with Tobi’s voice lines.