Flashpoint, a Counter-Strike: Global Offensive tournament series owned by B-Site, is reportedly holding a $165,000 payment which is owed to the Counter-Strike Professional Players Association (CSPPA) for the rights to use the intellectual property and images of their players.

According to a letter obtained by DBTLTAP, Flashpoint intends to withhold the payment until the CSPPA addresses a number of their complaints.

Flashpoint’s allegations against the CSPPA

Flashpoint brought up four primary compaints about the CSPPA’s conduct.

Flashpoint argued these complaints show the CSPPA breached of the agreement, and that those breaches must be resolved before payment can be issued.

The CSPPA published a response to the accusations on Wednesday, in which it confirmed that Flashpoint is indeed withholding the payment and denied any allegations of wrong doing. According to the CSPPA, regardless of how true those accusations are, Flashpoint is legally required to pay the sum, since the payment is owed soley on the basis of the licensing agreement between Flashpoint and the CSPPA. 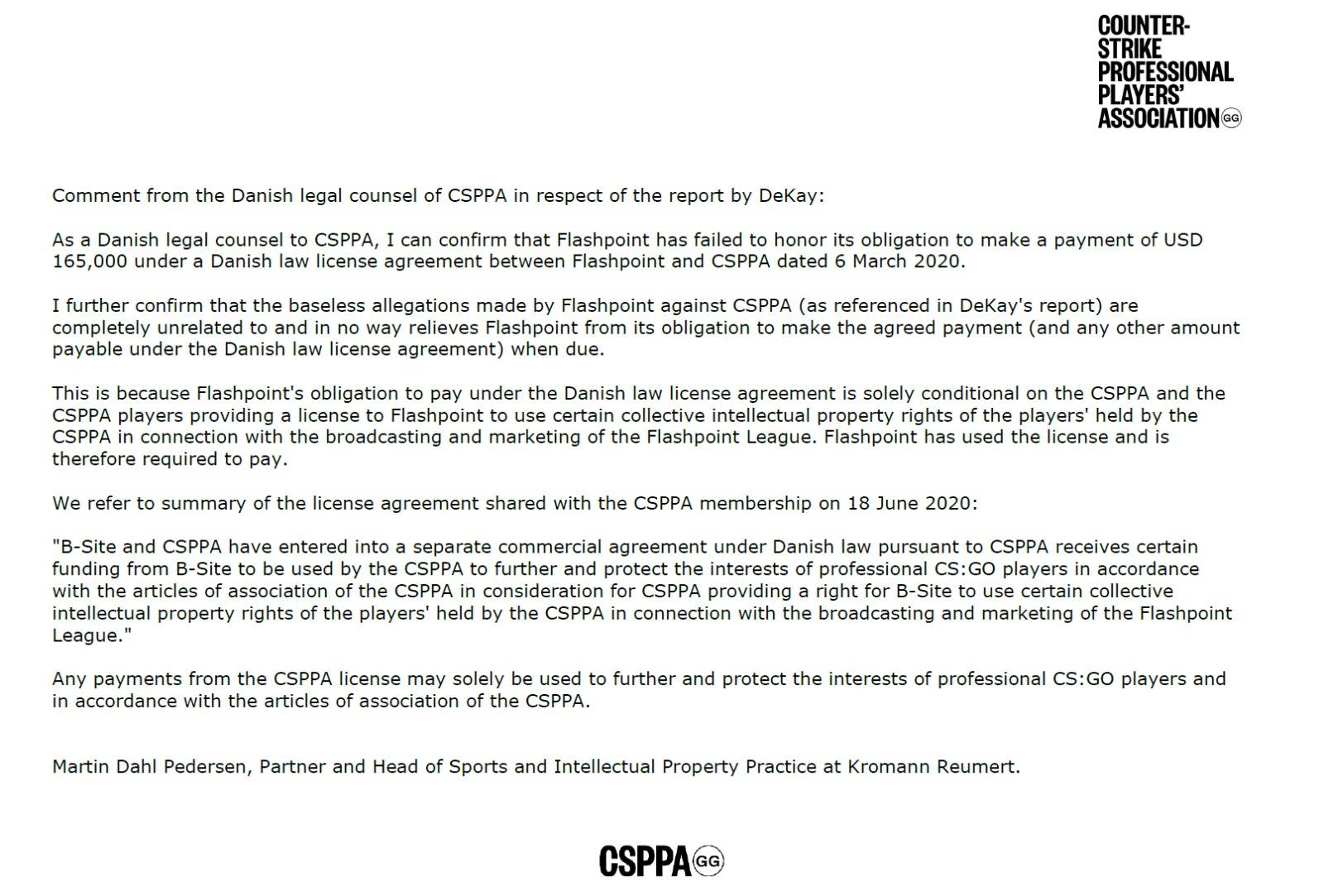 The CSPPA promised it will release a full statement on Thursday, addressing each allegation in detail.