Banks made a post on Twitter on June 27 titled "The truth about Paul "Redeye" Chaloner and Code Red," a 3,000-word post detailing alleged misconduct by both Chaloner and his agency, Code Red. Throughout the document, Banks says that he has tried to have journalists publish stories about Chaloner's alleged actions over the course of several years before accusing Code Red of threatening both himself and the journalists in order to keep them from publishing the story.

The Truth about Paul ‘Redeye’ Chaloner’s abuse of power verbally & physically in the esports/gaming industry while his company Code Red threaten & blackmail me if I release the information: https://t.co/WAiVRMw9f8

The document is vague in some aspects, including exactly how Chaloner and Code Red blackmailed Banks, but relays at least one story of physical violence by Chaloner against a member of Gfinity, a tournament organizer that employed Chaloner until 2015. Banks included anonymized images with names and phone numbers edited out that refer to a British man that worked for Gfinity. Banks claims he received the messages after several tweets Banks authored over the course of several years.

Question here...if someone in the community who has done so much wrong but acts like they are so nice & great, has a huge following because of his “lies” & “legacy”...do you out them to protect others in the future or do you hold off because the world is crazy dumb sometimes...

Banks now says that this tweet, as well as others mentioned in his document, refer to Chaloner. After accusing Chaloner of publically humiliating him during Banks's early time in esports, Banks links to a resolved court case against Chaloner. WIN.gg can confirm that the document is official, but lacks specific details about the nature of the charges or the final verdict. 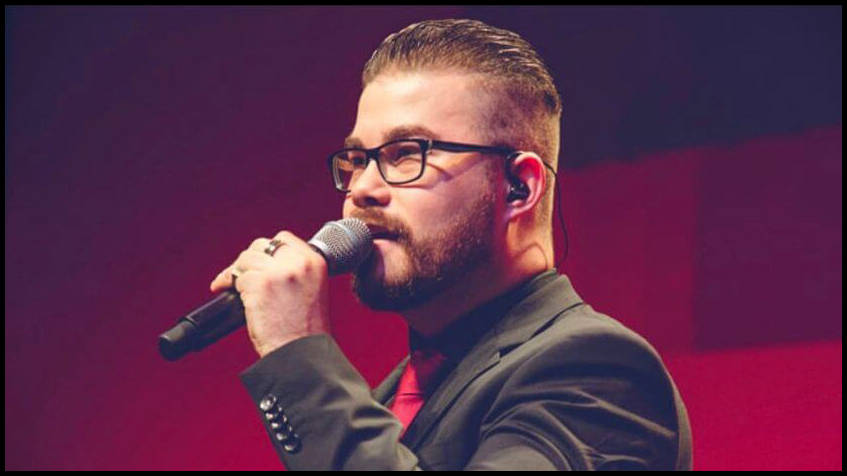 Chaloner responded in his own document, saying that there was never a physical assault and denies any claims of blackmail or wrongdoing. He described his communication style as blunt and insinuated that Banks took their interactions more personally as a result. In addition to Chaloner's response, Code Red Esports Agency owner Luke Cotton released a statement that denied Banks's accusations in the Code Red official Discord Channel: 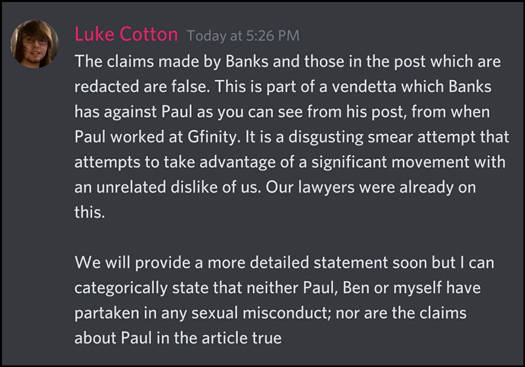 In an additional statement from Cotton, the owner admitted to threatening Banks before unburying Banks's own "homophobic remarks" that Banks alluded to and apologized for in his original post. Cotton went on to call Banks' accusations a personal vendetta against Chaloner and Code Red, ending the post with an what seems to be screenshots of a complete conversation between Banks and Cotton.

Redeye accusations next misconduct scandal in heavy week for esports

Chaloner, a veteran host of both Dota 2 and Counter-Strike: Global Offensive tournaments, was heavily involved in the esports scene since its inception. Over the years he has hosted four of Valve's The International tournaments, 10 Dota 2 Majors, and a number of CSGO tournaments. The allegations come soon after the release of Chaloner's book, "This is esports (and How to Spell it): An Insider's Guide to the World of Pro Gaming," and during a tumultuous in the esports scene.

Over the past several days, several notable personalities in the esports and streaming spheres have been accused of misconduct, abuses of power, and other problematic behaviors of varying severity. With the esports world alight over these allegations, Banks' accusations are another log on a growing esports fire.