It's the second day of OGA Dota PIT Online Playoffs and at its end, Alliance and Ninjas in Pyjamas are eliminated while Secret will wait in the Grand Finals for the winner between Liquid and OG. Let's take a look at how each series went. 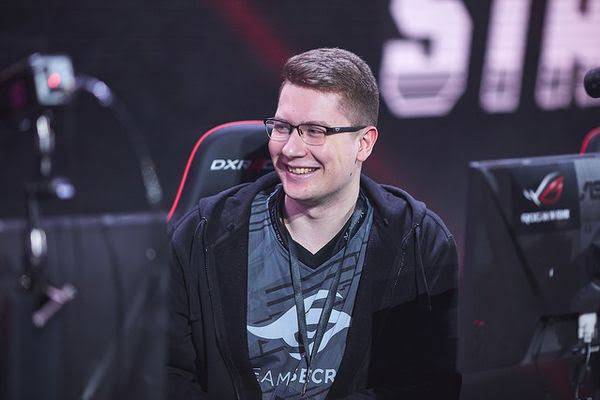 After Liquid swept Alliance and Virtus.pro defeated NiP, these two rivals faced off in the Lower Bracket Semifinals.

In game 1, Liquid played a Queen of Pain carry for Micke a mid Visage for Qojqva to set their fight-and-push draft while VP complemented their team fight draft with a last-pick Lycan for NoOne. Early on, Liquid's rotations helped them build up a steady lead as they initiated fight after fight. Both teams had equal control of the map, but Liquid's pickoff kills gave them a bigger window to farm. VP had some good fights, but in the end, the Auras brought by a tanky Visage made Liquid come out on top of fights. From there, Liquid held on to their lead as Insania Grimstroke and Boxi Void Spirit led fights with their Aghs. With a great illusion bait from Boxi, Liquid got their needed closing out team fight so at 42 minutes, VP calls gg with 30-12 kill score behind Micke's 14/1/10 and the rest of them tallying at least 14 assists each.

In game 2, VP had big team fight with NoOne Invoker, ILTW Morphling, Resolution Enigma, Zayac Pangolier, and Solo Ogre. While Liquid had Micke Luna, Qojqva QoP, Boxi Axe, Taiga Phoenix, and Insania Vengeful. Although both teams had great fight potential, it was rather a quiet game as both teams only secured objectives and combined only for a total of 17 kills in the first 30 minutes. Even though Liquid and VP had even vision, Liquid constantly had the lead in gold and kills. With a very separate team fight, Liquid manages to wipe VP and began to grow their lead. From there, Liquid pressured and took some high ground. To finally seal the deal, Liquid wins a very long Rosh fight to win the series at 43 minutes at 25-13 behind Micke Luna's 13/1/7 and Insania Venge's 19 assists.

OG had a very painful game 1 as Secret drafted a Zai DK, Nisha QoP, and a last-pick Bloodseeker for Matu to counter Sumail Alche and a mid Earthshaker for MidOne as Ceb played a Dark Seer. Everyone expected a long game, but rotations on Secret towards Alche successfully shut down OG. OG fought back, but in total they only had 5 kills which were all on Yapzor Rubick and Puppey Vengeful, while Secret had 34 kills. As they crack high ground, Secret quickly takes game 1 in 25 minutes behind Nisha's 13/0/12 and 20 assists on both Secret's supports.

In game 2, OG had a more stable draft with a Monkey King for Sumail and a Doom pos 4 and Abaddon for N0tail. Meanwhile, Secret brought out the Puppey Chen and Yapzor Rubick for a last-pick Lone Druid for Matu. Unlike game 1, OG showed signs of hope as they exchanged kills with Secret, but Nisha's Queen of Pain rotated to build a lead and secured a 21-minute Blade Mail and Aghs that quickly paid off as Nisha casted a five-man Ult to top off their Aegis. OG met them in fights, but the sustain from Puppey Chen and his creep army was enough to save the rest of Secret. As they prolonged the match, Secret's lead just grew and after OG had no more buybacks left, Secret went for the finish and swept OG before the 30-minute mark. With 37-10 kill score, Nisha secured 19 assists, while Zai Mars tanked up and finished with 12/1/14 to send OG down the Lower Bracket.

Liquid comes back to sweep  Alliance

In the opening series of the day, Alliance completed their team fight draft with a carry Doom for Nikobaby. Meanwhile, Liquid went for a pushing draft with an Insania Chen and last-pick Qojqva Lycan carry. Alliance had a great start on all three lanes, but it was Liquid who had total control of the map as Lycan and Chen pushed with their creep armies to take some racks by 22 minutes. Alliance had some good pickoffs, but stolen Arenas and Static Storms from Taiga Rubick turned the lead into Liquid's favor as they won fights. After more pushes and eliminating Alliances buybacks, Liquid forces them to call gg in 31 minutes at 29-11 kill score behind 13 kills from Micke Queen of Pain while Insania and Taiga had 21 and 20 assists.

For game 2, Alliance drafted Nikobaby Morph and Limmp Necrophos against Qojqva's mid Lone Druid and Micke Weaver. In the early game, both teams traded for kills and then went back to farm, but Liquid failed to capitalize on their gank attempts, allowing Alliance's cores to farm up. Limmp and Nikobaby led the pushes and fights, and as early as 25 minutes, Alliance tried and failed to crack the high ground. With their perfectly set up chain disables, Liquid held their high ground to help Insania Grimstroke finish his Aghs. With his Dark Portrait on a six-slotted Morphling, Liquid finally got the additional damage they needed to take down Morphling and Necrophos and successfully fend off Alliance. With Weaver and Lone Druid racking up their items, Liquid quickly swept two sets of racks. Even though S4 Batrider had a great initiation, Liquid still came out on top as they killed the Morphling who bought back and wipe the rest of Alliance for the win. Liquid completed the sweep in a 47-minute comeback with a 27-22 kill score as Liquid tallied at least 11 assists each, while Qojqva led the game in pushes with 22k building damage to eliminate Alliance from the tournament.

In game 1, NiP drafted a Bristleback carry for Charlie and Supream Morphling, while Virtus.pro drafted an Ember Spirit and last-pick mid Storm Spirit for NoOne to complete their team fight. After a passive laning stage, VP immediately went to work as they rotated for kills and pushes. With a 12-minute Spirit Vessel for iLTW Ember, VP was able to shut down the tanky cores of NiP. NiP tried to fight back, but they only got supports in return. With 36-8 kill score, VP forces NiP to call gg at 29 minutes with iLTW's 9/0/24 and NoOne's 15/0/14.

For the second game, VP countered the Supream mid Ember Spirit and Charlie Lifestealer with a last-pick Morphling for NoOne. Like in the previous game, both teams had a pretty passive laning stage, only exchanging for 1 or 2 kills, but after 15 minutes, VP's rotations gave them a growing lead. However, NiP began to regain footing after Saberlight Enigma finished his Blink. With no cancels apart from Phoenix's Supernova stun, Enigma caught Morphling a few times in fights to take away the lead. With their setups, Saberlight and NiP finally won fights and secure sets of racks. VP tried to defend their last lane, but a great combo from NiP finally sealed the game. NiP evened the series after 38 minutes with a 32-18 kill score with 10 kills coming from Supream and 18 assists coming from Charlie.

In the deciding game, VP took advantage of the lack of disables from NiP as they picked a mid Sniper for NoOne and an Enigma-Warlock duo as their supports while NiP played a Bristleback carry together with a Keeper of the Light and Oracle. The passive early game gave Resolution Timber some free farm to secure his tank items while VP's supports helped out NoOne against Templar Assassin. From there, iLTW Ember joined the rest of VP to control the map and get pick offs. With the ultis brought by VP's supports, NoOne was able to freehit and claim some objectives. Saberlight Beastmaster tried to defend by initiating with Roar, but after that, NiP was left with nothing to deal with VP's combo offense. After a massive beat down and ultra kill from Reso. VP eliminates NiP before the 30-minute mark behind Reso's 13/0/6 and 20 assists from Solo Warlock in a 28-9 kill score.

As we approach the last day of the tournament, we will have the Lower Bracket Finals between Liquid and OG and the winner will be facing the fearsome Team Secret in a Bo5 Grand Finals. Which team do you think would win it all? Share your thoughts on the comments and stay tuned for more!

下一篇：Mind_Control - It's TI9 Flashbacks versus OG