Dota 2 subreddit got flooded in the last couple of days by threads asking Valve for a release date of the yearly The International Battle Pass.

The International 2020 is postponed, however, in a blog post from April 30, 2202, Valve confirmed that the Battle Pass will be released despite not having a date for TI10. With the announcement coming at the end of April and with the battle Pass being released for the past three years in the first half of the month of May, the Dota 2 community hoped for a possible early May release this year as well. Nonetheless, Valve made it clear that due to the workflow being slowed by having to get everything done from home, they anticipated at least a couple of weeks delay for the Battle Pass release date.

No other updates were officially made until May 21 when a Valve developer answered to a thread on reddit titled: つ ◕◕ ༽つ Summon the Battlepass ༼ つ ◕◕ ༽つ

According to the comment made along with a picture full of old Dota 2 memes, the TI10 Battle Pass will be "released early next week." The announcement is as legit as it could be and it also got shared on Twitter by Wykrhm Reddy.

༼ つ ◕◕ ༽つ FROM THE GHASTLY EYRIE I CAN SEE TO THE ENDS OF THE WORLD, AND FROM THIS VANTAGE POINT I DECLARE WITH UTTER CERTAINTY THAT THE BATTLEPASS IS COMING EARLY NEXT WEEK! ༼ つ ◕◕ ༽つ pic.twitter.com/ZNq84lEwlx

Over the past four years the TI Battle Pass was released on the following dates:

As for the "math problems" in the picture: 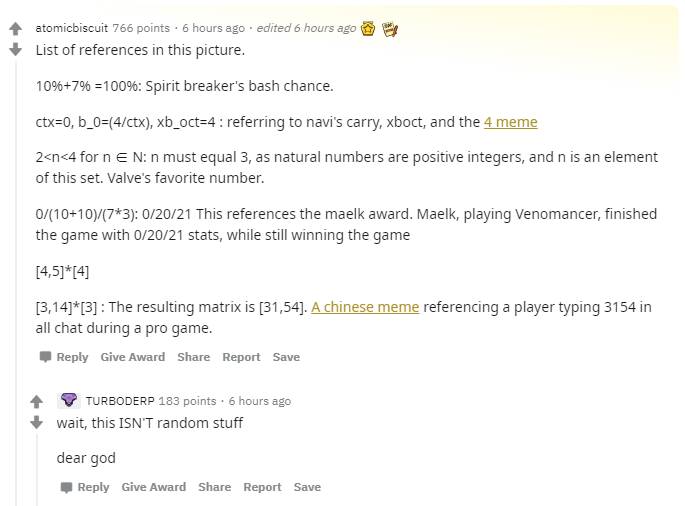 下一篇：SUMAIL - 0 DAMAGE from Queen of Pain