It is the final day of the ESL LA Online EU/CIS League and after more than two weeks of non-stop action, three teams remain. After an intense BO5, Virtus.pro solidifies their throne as the kings of CIS and EU. 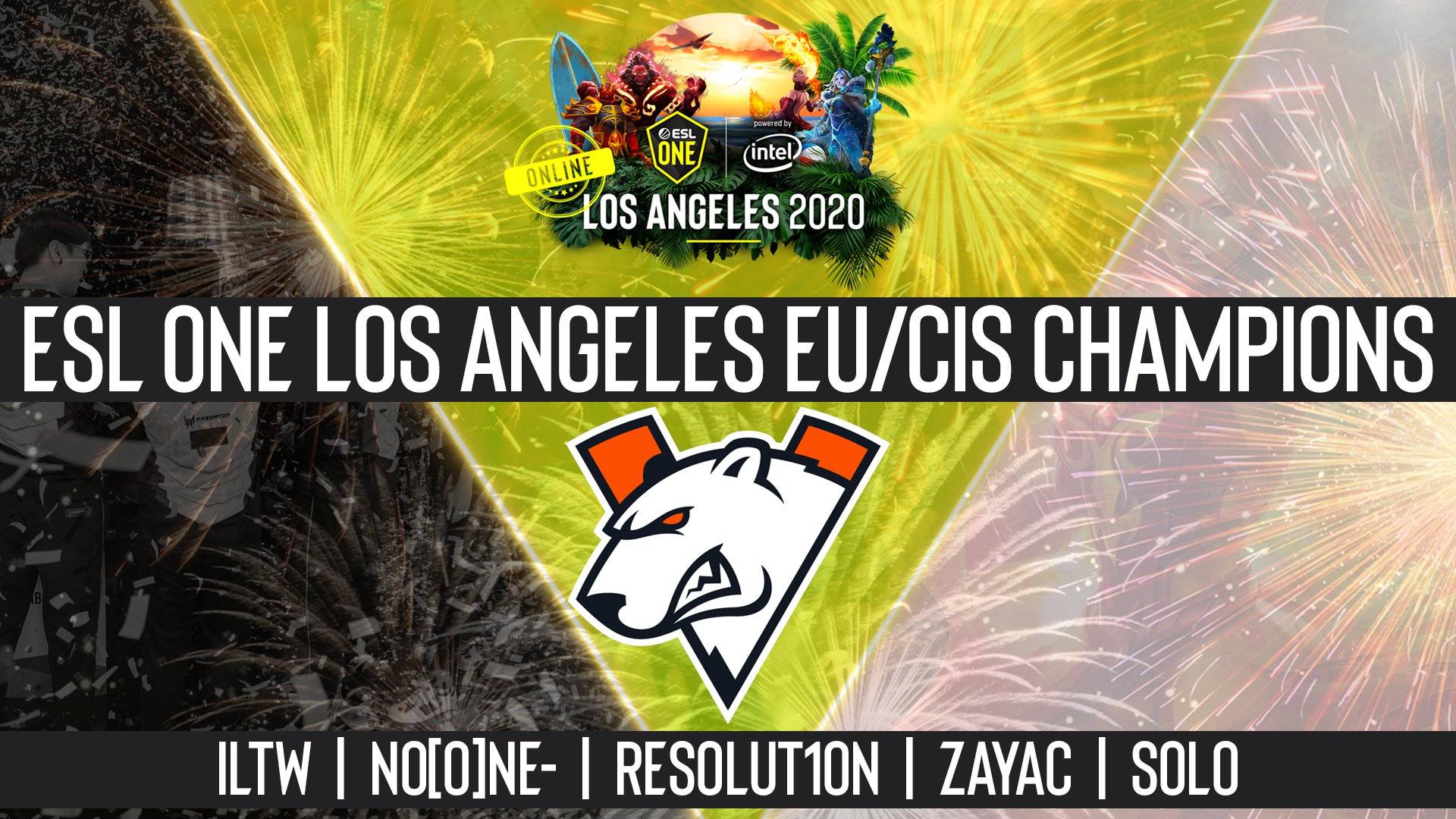 OG sweep Vikin.gg in the Semi-finals

In the first game of the Semi-finals, Vikin.gg paired a carry Lycan with a last pick Meepo, while OG ran a mid Terrorblade for Sumail. Early rotations from OG's supports and Ceb Batrider were able to delay Lycan and Meepo's farm. With that, Sumail secured 21k networth and destroyed Vikin.gg right before the 27-minute mark behind Sumail's 9/0/10 and 17 assists from Notail Vengeful Spirit.

For game 2, OG's draft punished the lack of teamfight in Vikin.gg as Ceb Nature's Prophet pressured the lanes and led OG's offense during skirmishes. Although Drow had free farm, the map control of OG allowed them to trample Vikin.gg. At 24 minutes and 31-8 kill score, OG claims the sweep behind Ceb's 12/1/16 and 21 assists from Saksa Earthshaker to force a rematch against Virtus.pro in the Grand Finals.

VP played a very tanky and healing draft with iLTW carry Bristleback against OG's four-protect-one on Sumail Terrorblade. VP easily won their lanes, but what gave them the boost was the clutch Call from Reso Axe to save NoOne Death Prophet from dying. By 22 minutes, VP tried to push high ground, but one successful defence from OG resulted in a 6-3 trade in their favour. However, Reso's initiations secured some key kills and solo pickoffs. In one final fight, OG lost everyone and finally surrender as VP took game 1 under 34 minutes from Reso's 18/3/12 and 24 assists on Zayac Phoenix.

For game 2, OG completed their teamfight combo with a last pick Ceb Legion Commander, while VP relied on the Necro mid and Enigma of Zayac. Early on, OG was very aggressive as they rotated on NoOne Necro together with Sumail Ember and 33 mid Dark Seer. OG began their offence in this team wipe from their supports. OG secured two sets of racks as VP waited for Zayac to finish his BKB, but it resulted in a disappointing Black Hole that forced VP to call gg. OG evened the series under 30 minutes with a 26-4 kill score with Sumail's 10/1/13 and 19 assists on 33 as well as for Notail Grimstroke.

In game 3, VP went all-out with massive teamfight combos on their Faceless Void, Mars, Phoenix, Ancient Apparition, and Invoker. While OG played a burst and single-target combos with a Sumail mid Morphling. Despite having better teamfight combos, OG took advantage of the enemy cooldowns as they scrambled the combos of VP. Sumail led the offense and with VP's combos showing no effects, OG went for the Throne. At 26 minutes, Sumail's 16/2/4 and Notail Shadow Demon's 23 assists gave OG the series lead.

In the fourth game, a last pick Templar Assassin on NoOne destroyed the carry-less draft of OG. OG shut down the side lanes early on, but as soon as Reso Batrider and Zayac Earth Spirit got good initiations, VP began to recover. From there, NoOne racked up some farm and three-shot half of OG. With 21k networth at 32 minutes, NoOne secured a Rampage and win the game at 22/0/12 over the 45-18 kill score.

In the do-or-die game, VP played a four-protect-one on a carry Bristleback while OG played more on teamfight with a Ceb mid Enigma and Sumail carry Ember. The early game was a bit even, but OG took a slight advantage. OG held on to their lead but could not completely siege high ground due a tanky BB backed by Oracle and Dazzle. Despite a four-man Black Hole, OG still did not win the fight and reclaim the lead. Suddenly OG was the one on defense, and with Aghs on Storm, and Abyssals on Bristleback and Reso Pango, VP was able to shut down the Black Holes and eventually win the game in 50 minutes at 31-34 kill score behind NoOne Storm's 15/4/8 and 23 assists from Reso.

Thank you to everyone who was rooting for us❤️ pic.twitter.com/1FMxqlyFkj

With this victory, Virtus.pro remained undefeated since the groups and win $60K USD, while OG with two stand-ins takes $38K USD after a very exciting series. Which match was your favourite? Share your thoughts in the comments and stay tuned for more!