MidOne: 10k mmr players lolz none of them ever won Ti

MidOne: 10k mmr players lolz none of them ever won Ti

Seems like someone is bored at home. It's Midone, who currently resides in Malaysia amidst the lockdown in many countries. Because of that, team OG is not in its complete form at the EU & CIS regionals of ESL One Los Angeles 2020 online.

Anyways, Midone tweeted about the pro players who have been bragging their 10K MMR achievement on social medias yet none of them have won a single International. In which he asked, “10K MMR FOR???”. So, to shed some context to his tweet, recently multiple players (more than 15 players) have reached 10K MMR. For instance, Evil Geniuses has a whopping 4 players who have achieved such heights, except for Fly. Even the South American region got their first 10K mmr player, Scofield. As the number grows, it's becoming not too big of a deal amongst pro players anymore. As a wise man once said, “MMR is just a number”. 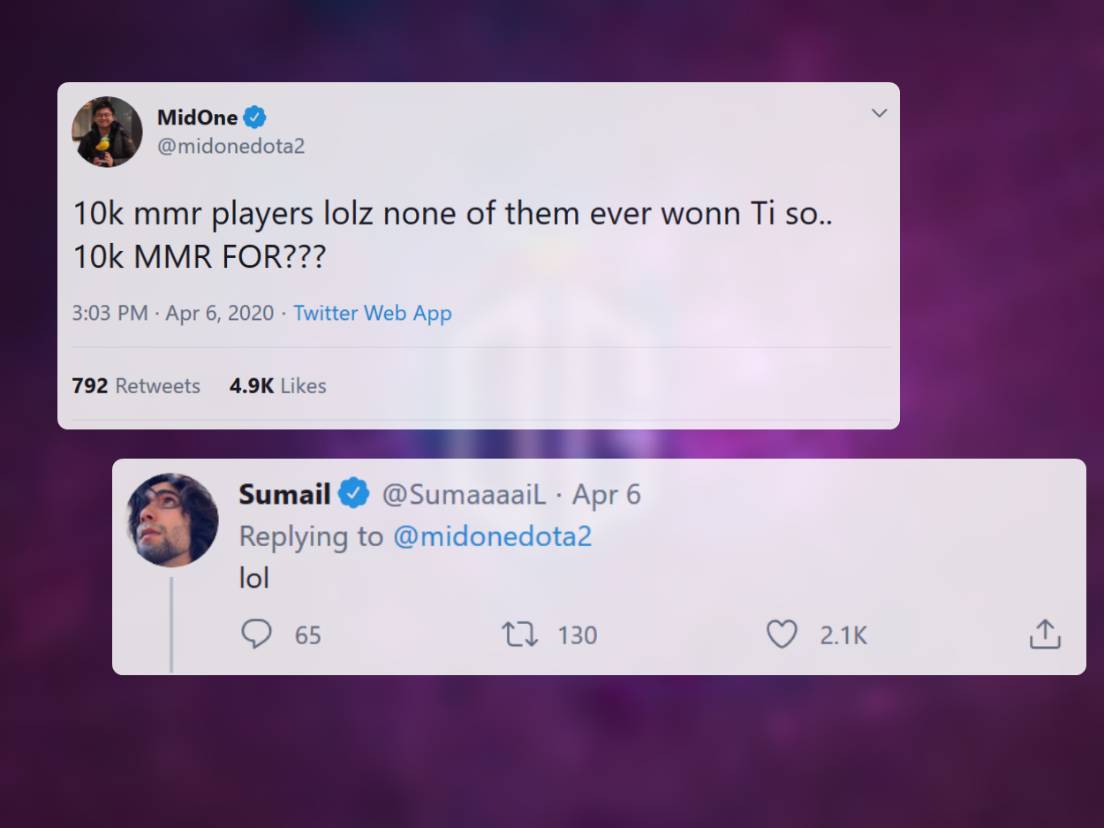 As Midone taunts all these overachieved pro players for not winning a TI yet (including himself), he also stated that none of them won a TI. To which, Sumail replies to his teammate, “lol”. It seems like Midone did not do a thorough fact check before he tweeted as Sumail is a 10K MMR player who has won the International 2015 back when he was playing for Evil Geniuses. What makes it worse is that Sumail is his teammate in team OG. That said, Midone deserves some credit to his statement as he is one of the earliest players to reach 10K mmr too, which was back in 2017 after Abed.

Of course, there's no harm done and Midone is clearly trolling the community for fun. Regardless, it still bums many fans that we can't expect to see Midone and Topson play any time soon. That said, the current team OG with stand-ins, 33 and Ceb, are still a huge threat to the many teams in the online tournament. It is just as entertaining to watch Notail's unusual drafts and how they execute it perfectly somehow.

Speaking of team OG, even though 3 of the former OG players who won 2 Internationals are not present anymore, the team still have a lot of hype behind it. Which brings us to the real achievement that is worth flexing about. Winning the Internationals for the third time in a row. While only 2 players would actually claim that title if team OG do achieve it, it will still be a huge achievement for the SEA pride, Midone, to become the first SEA player to win an International. Just kidding, that title is no longer available as the first SEA player who won a TI, is Chuan back in TI2, playing for Invictus Gaming. 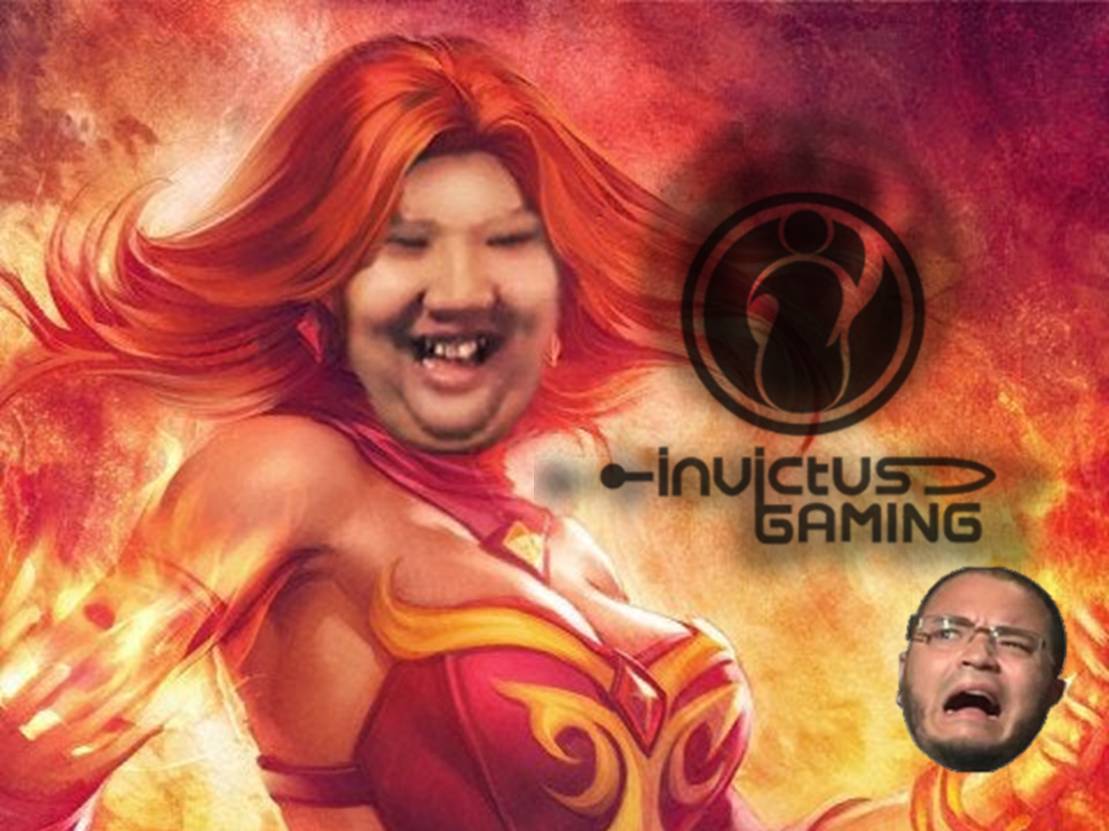 Regardless, let's hope that we get to watch the true team OG play in an actual major because we have not seen first-hand what this new stack of prodigies can do yet. After all, their first major they debuted this year, got postponed indefinitely. Stay tuned.

下一篇：Loda: the team had been divided for a long time