Yesterday, Beyond the Summit announced another online league called the BTS Pro Series that will feature 16 invited teams from April 10-26. 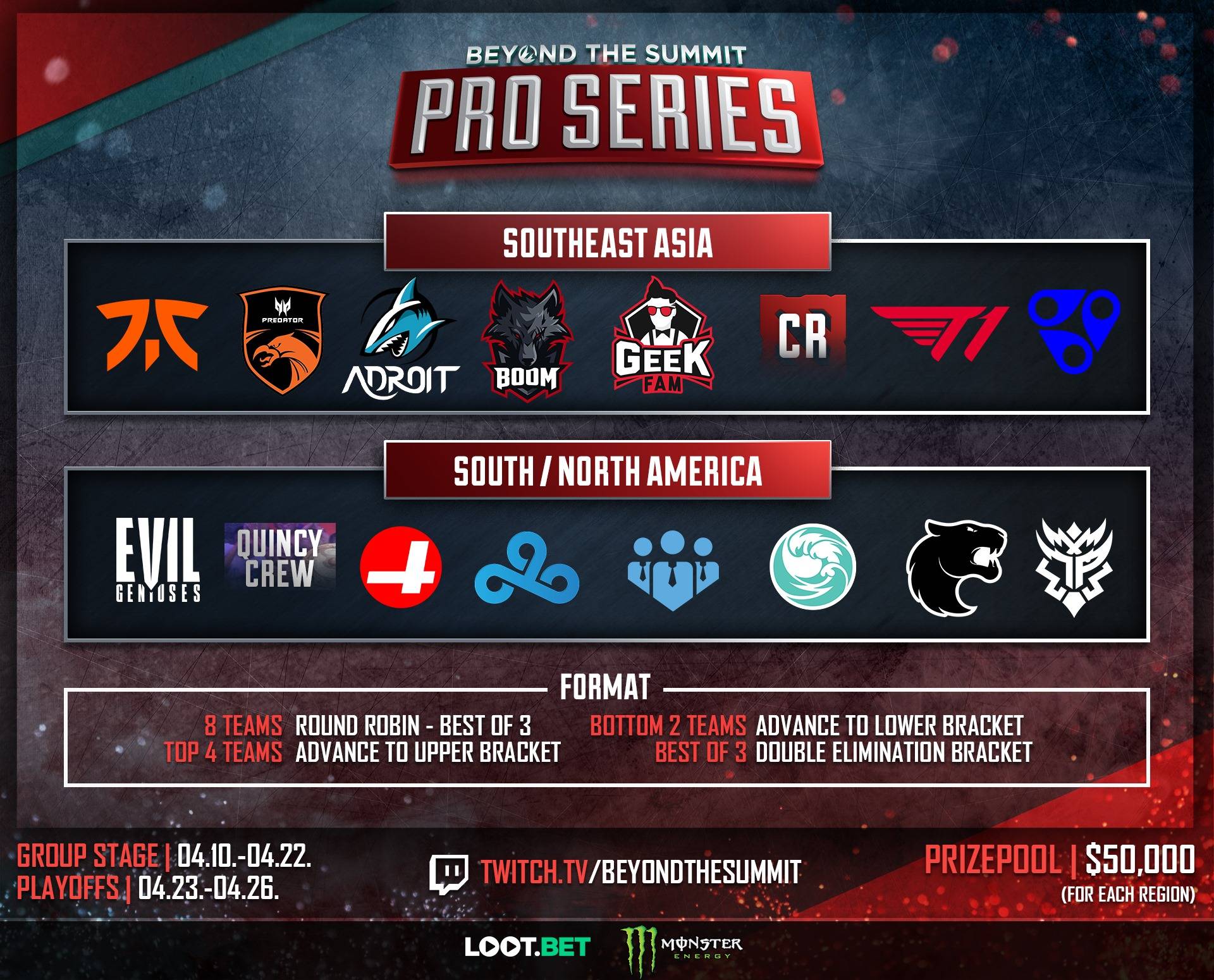 The Pro series will be divided into two – one for the Southeast Asian Region, and the other one for the North and South America. In each division, 8 invited teams will go head-to-head in a Bo3 Round-robin Group Stage where the top four teams will proceed to the Upper Bracket, the 5th and 6th to the Lower Bracket while the bottom 2 teams are eliminated.

After the Group Stage, the Playoffs will commence on April 23-26 and will be a Bo3 Double-elimination Elimination Bracket that leads to a Bo5 Grand Finals. Both Divisions will have a prize pool of $50K each.

For the SEA, we have the top teams—Fnatic, Adroit, Boom, TNC, and Geek Fam. They will be joined by T1 and Reality Rift as well as a team called CR whose players are still unlisted based on Liquipedia.

On the NA we have Evil Geniuses, Quincy Crew, CR4ZY, Business Associates, and Cloud9. For SA we have Beastcoast, Furia, and Thunder Predator.

With Ramzes and Abed outside of NA, EG is yet to announce their roster before the start of this league, while T1 still has two players to fill after Xuan and Black was removed from the roster.

In these difficult times, the Dota Scene seems to emerge with more and more online leagues. Which teams will win each division? Share your thoughts in the comments and stay tuned for more!