The move comes during a period of turbulence for Heroic, who were on the brink of selling the roster to FunPlus Phoenix in February until the deal fell through due to es3tag agreeing to join Astralis upon the end of his contract with Heroic.

“Heroic has during the last month experienced somewhat of a turmoil, but is finally back on track,” the org said in a statement. The Danish team thanked es3tag and Snappi for their services and will announce the two new players over the next week. 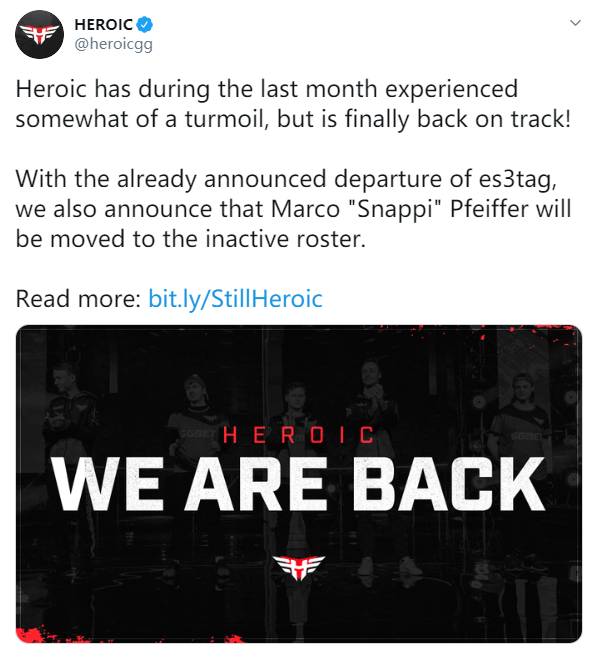 Es3tag has been part of Heroic since June 2017 and was part of the team’s multiple itterations over these years. Snappi, on the other hand, joined Heroic for the second time in August 2019 to take over the in-game leadership. He and es3tag won one tournament together at DreamHack Open Atlanta in November 2019.

As Casper “cadiaN” Møller took the captain role recently, this may have motivated Snappi’s removal. There are some Danish players available in free agency, including Jakob “JUGi” Hansen and Nikolaj “niko” Kristensen, who played for Heroic in the past.

It’s unclear, however, if Heroic will sign established players or bet on fresh talent to rebuild its CS:GO roster after the sale to FunPlus Phoenix fell through.