Yesterday, EG.Crit may have brought a disease back in our pubs – a pos 4 Ember Spirit.

ESL LA Online, where to exam the new meta

With the ongoing ESL Los Angeles Online Regional Leagues, we have seen a few heroes that are mostly picked across various regions and different positions. A prime example of it is Ember Spirit who is currently sitting at the top 8 at the ESL LA Online Regional League most-picked stats with a Win-Lose Rate of 10-14. 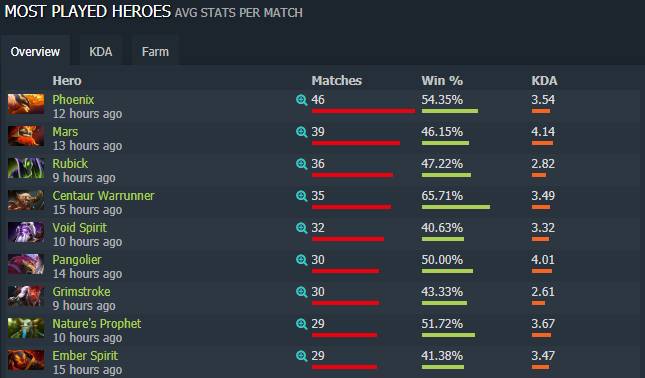 Going through all the matches of ESL LA Online, I have found three matches that utilized a pos 4 Ember Spirit. Across the three games, only one game showed the great effect of the Ember Spirit.

The first use of pos 4 Ember in this tournament was between Thunder Predator and Furia’s game 2 of the SA Group Stage where Matthew played him for Thunder Predator. In the early game, Matthew rotated for some kills and after seeing that they were ahead, Matthew got a bit greedy and went for Phase Boots, Javelin, and Crystalys. Even with this build, they were not able to take down the Centaur and Death Prophet in the late game, which allowed the enemy Riki to stomp them at 42 minutes. Matthew finished with 3/3/8 at the 14-27 kill score.

The second loss of the Ember Spirit was from Evil Geniuses’ Crit in game 1 of the NA semi-finals against CR4ZY. This time, Crit made it work better as he was involved in 9 out of the first 10 kills EG made in that game. He identified what his team was lacking and built Meteor Hammer first, Arcane, and then Mek. Although he recorded 1/9/17, CR4ZY’s right-clicking heroes ultimately took down their Throne at 45 minutes.

The most successful pos 4 Ember Spirit came from NoPing Esports’ Thiolicor in game 2 of the Group Stage series against Thunder Predator. Throughout their 20-minute win, Thiolicor had contributed in 21 of his team’s total of 23 kills with 6 kills and 15 assists of his own. The most effective pos 4 Ember among the three only had finished their win with only Tranquils and almost a complete Spirit Vessel.

Maybe it's a forced option

The first thing I’ve noticed from these games is that teams picked it up at their first phase draft which was either the first or second pick for them. These teams may have thought of opening with a core Ember, but due to their enemies responding well to it, they may have shifted the role mid-game to give better heroes to their cores. In a pub setting, this flex pick can be used to coordinate with your team in the first rounds of picking. If your cores find the Ember as a good counter to the enemy’s cores, then they can simply use the last round to pick a more suitable pos 4 for you and your draft.

As for the skills, all three players maxed out Searing Chains and Sleight of Fist first. In the laning phase, they used the Searing Chains to root the enemy and land more hits that turned into potential kills. Upon reaching level 6, they used their Remnant to close the gap between their target, and use the Sleight and Chains combo to root the enemy for a maximum of 3 seconds – enough for the rest of the team to catch up and claim the kill.

Over those three games, their builds varied depending on the flow of the game. With Thiolicor’s Ember Spirit, he began with Headdress to complement his Underlord offlane, and went for Urn for the additional heal/damage during fights. If the game went on, Thiolicor could have finished his Vessel and might go for Eul’s for its dispel and move speed bonuses as well as additional disables from him.

What would be a good build for pos-4 Ember?

Despite losing the game, Crit’s build was also effective as the level 4 Chains can last three seconds and when he was close enough, he channeled the Meteor Hammer for 2.5 seconds when the enemy was rooted to stun him for another 2 seconds. Then the Meka and Arcane were used to provide additional sustain for his team.

Meanwhile, the build on Matthew’s pos 4 Ember Spirit did not suit the playstyle of the hero. Because as a pos 4, you need items that can both benefit you and your team. Going Javelin into Crystalys is not a great idea. Instead, he could have gone for Vessel and Eul’s to provide additional damage and disable against the enemy Centaur and Death Prophet

An Ember played as a support can adapt from the early into the mid game as his mobility can contribute a lot in teamfights. Furthermore, Ember’s skills greatly qualify for a roamer. He has gap-closing skills with Fire Remnant and Sleight of Fist; disable with Searing Chains; and a nuke with Flame Guard. By following Crit and Thiolicor’s item decisioning, a pub player emulating an Ember Spirit pos 4 can build some additional disables with Eul’s and Meteor Hammer, or go a sustain build with items such as Urn/Vessel and Mek. These item choices will vary depending on what you think your draft needs at the current pace of your game.

However, he lacks the capacity to man-fight in the early game as he is more vulnerable to magic damage without his Flame Guard. Also, before a player can be an effective Ember, they have to master the combo of Sleight of Fist in Searing Chains to catch enemies even at a distance. In addition, well-timed disables from the enemy can kill him easily, but then again, a death on a pos 4 Ember might be worth if your team got a better trade after the enemy team wasted all their abilities on you.

Let's wrap it up

In conclusion, Ember pos 4 can be a flex pick to help your team win the draft. However, playing this hero requires great positioning and reflexes to dodge some skills or land some combos on your own. With the ESL Los Angeles Online EU/CIS League in the way, we may witness more teams try out this Ember pos 4 due to the versatility it brings to the draft as well as the game. With the current patch giving emphasis on the impact of position 4’s, do you think Ember can be played this way? Share your thoughts in the comments and stay tuned for more!