ANGE1 spent six years of his CS:GO career playing for HellRaisers dating back to March 2014. The 30-year-old is regarded as one of the best in-game leaders in the CIS scene and is now open for any offers.

“I am sad to part with HellRaisers, but on the other hand I clearly understand that going out of my comfort zone will only benefit me as a player and captain,” ANGE1 said.

During his stint with HellRaisers, ANGE1 helped the team qualify for seven Major tournaments, having reached the playoffs only one time at the FACEIT London Major in September 2018. HellRaisers had several iterations over the years, including the international lineup with Özgür “woxic” Eker, now on mousesports, and Issa “ISSAA” Murad, now playing for OG.

HellRaisers went through a major overhaul last year in September and released players like Tomáš “oskar” Šťastný to bet on a majority of Ukrainian players, including the long-time captain ANGE1. That roster didn’t accomplish anything until now and was benched by HellRaisers today after ANGE1 and Igor “crush” Shevchenko left. 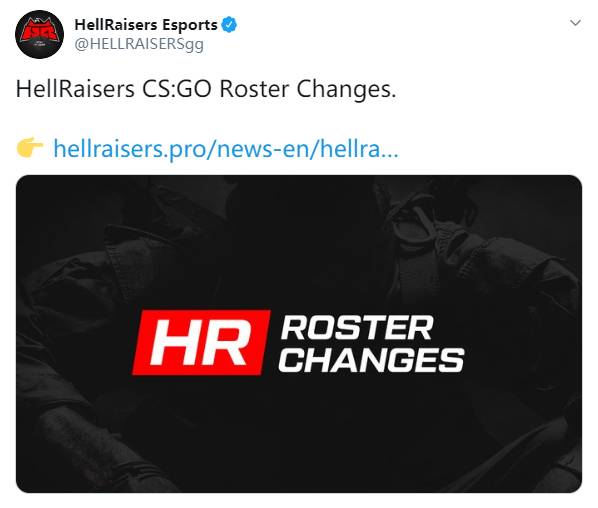 HellRaisers, however, will announce a new roster soon, according to CEO Alex “Magician” Slabukhin.

ANGE1 has been a target for Natus Vincere in the past, but s1mple and crew are now the best CS:GO team in the world, so it’s unlikely that they’ll make roster changes.

Virtus Pro, however, has been struggling. Veteran AdreN took over the in-game leadership from Jame in recent weeks, so ANGE1 could be a solution that fits their needs.