VG out of ESL LA Online, beastcoast are the SA champions

VG out of ESL LA Online, beastcoast are the SA champions

ESL One Los Angeles Online continued today for the China region with an elimination matchup in the lower bracket between Vici Gaming and Newbee, with the victor moving on to face EHOME tomorrow. On the side of South America Divison, its final day of play features the semi-finals taking place between FURIA Esports and beastcoast, before the grand final where NoPing e-sports awaited their challenger. Meanwhile, Chicken Fighters secure the last slot over Winstrike Team in the EU&CIS Division.

Although two powerhouse teams of the region had been eliminated in the group stages; PSG.LGD and Invictus Gaming, the playoff stage of ESL One Los Angeles Online for China still featured some of the best teams from the region including the winners of multiple Majors last season in the DPC, Vici Gaming and the Newbee squad which had been working hard to get back to the top. One of these two teams would unfortunately see their tournament ending today as they became the first team eliminated from the playoff stage.

While VG definitely had more experience under their belt, Newbee clearly had a plan going into the best-of-three series and they executed it to near perfection. Although Newbee always had the lead, it was near the half hour mark when off-laner Wen ‘Wizard’ Lipeng hit a magnificent three-man blind Hoof Stomp with his Centaur which secured the win.

But VG fought back in the next game, doing to Newbee what they had done to them in the previous match and walking all over them – tying this critical elimination series and pushing out a decisive game three. VG looked primed to take the series in the early period of the final game, that was until Newbee begun to utilize their extremely strong five-man teamfight. By 30-minutes, Newbee were dominating, constantly completely wiping their opponents completely from the game.

After beating VG in the group stages, Newbee continue their dominance over the squad as they complete a 2-1 victory, eliminating VG from ESL One Los Angeles Online and moving forward themselves to face EHOME in the lower bracket finals tomorrow.

FURIA were brutal as they went into the semi-final, with an absolute stomping of beastcoast in the first game of the series – with an unkillable Terrorblade and Mars just ripping through their opponent in only 24-minutes. But then it was beastcoast’s turn to destroy their enemy, only 12 more kills in the next two games, while leaving FURIA in the dust. The victory pushed bc into a grand final matchup against NoPing, a matchup which beastcoast had lost 2-0 in the group stages, but now with a lot more on the line. 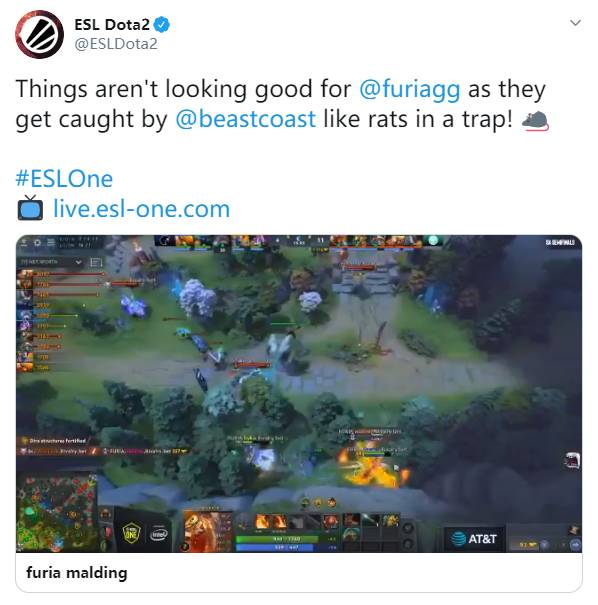 Following on from their emphatic victory, bc seemed to have found their footing in game one as they managed to hold on to a net worth lead from start to finish, even though NoP were constantly biting on their heels. Considering how close things were when bc claimed victory, NoP were not about to let the series run away from them and with an absolute stomping, they tied the series at 1-1, but in a best-of-five, anything could happen. 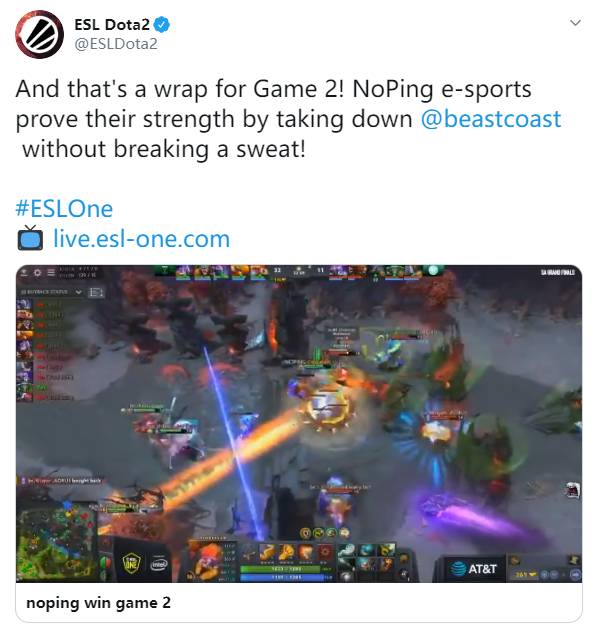 NoP seemed to now have the advantage as they looked to take the lead in the series with a dominating early game performance – but something went terribly wrong for the Brazilian squad as the game went on and bc were happy to make their comeback to secure a 2-1 lead for themselves. Game four turned out to be an intense brawl between the two teams in which things swung back and forth for quite some time, but it was NoP who were the first to take an early lead – before they threw it away, much like the game before.

Once again, ready to pounce, beastcoast obliged and without remorse, they were able to crush the NoPing lineup and claim a 3-1 victory in the South American ESL One Los Angeles Online event. Tomorrow we will see the continuation of the Chinese region as well as the beginning of the CIS and European tournament, which is sure to produce some extremely hype Dota 2 action. 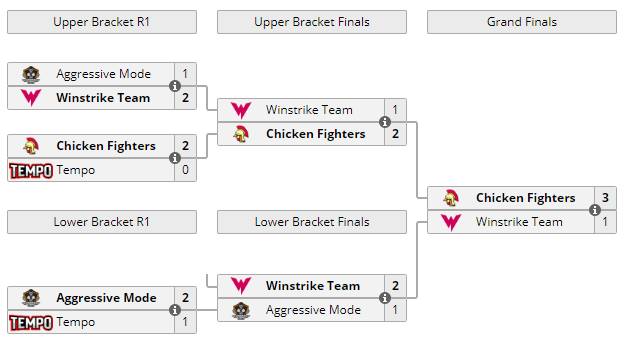 After two days of virals, Chicken Fighters sweep Winstrike Team to earn the last slot in the EU&CIS Groups stage.