Starting from the beginning of Competitive Season 21, Overwatch has instituted Hero Pools, a system designed to shake up the meta on a regular basis. Each Thursday, the development team will select four heroes to remove from play for the next week. For players, strategies and hero picks must adjust as they respond to the absence of certain heroes. Every week, Hotspawn will be examining the Hero Pool with an eye on how it will affect your ranked games.

In the latest round of bans, just three heroes have been removed from the pool for the next week of competitive play. Hanzo, Wrecking Ball, and Mercy are on the chopping block this week. This is the first ban for Mercy and Wrecking Ball, while Hanzo returns after being included in the first-ever Hero Pool. 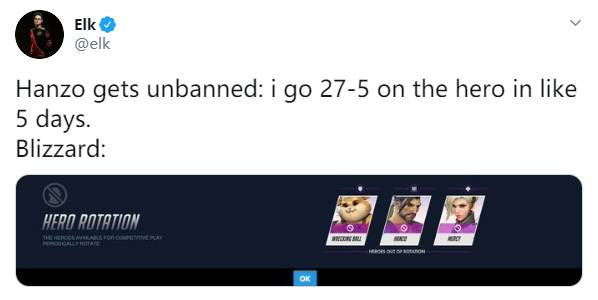 The austerity of only banning three heroes comes immediately on the heels of last week’s pool, which featured six heroes and four DPS picks. Where that set changed Overwatch dramatically this one probably won’t register for nearly as many players. There won’t be a big meta shift thanks to these bans, especially at higher ranks. Still, there are some interesting implications.

Last week, Soldier: 76, McCree, and Widowmaker were all removed, leaving Ashe as the only hitscan threat. Pharah was a much stronger pick and the meta in general really opened up. That won’t be the case this week.

With Mercy removed, Pharah might as well be included in these bans. Without her flying pocket healer, Pharah players are going to struggle to survive and be able to impact the game like they’re used to. Perhaps the developers want data on Pharah’s usage without Mercy, but I imagine most will just shift to other DPS picks over forcing Pharah into bad situations. 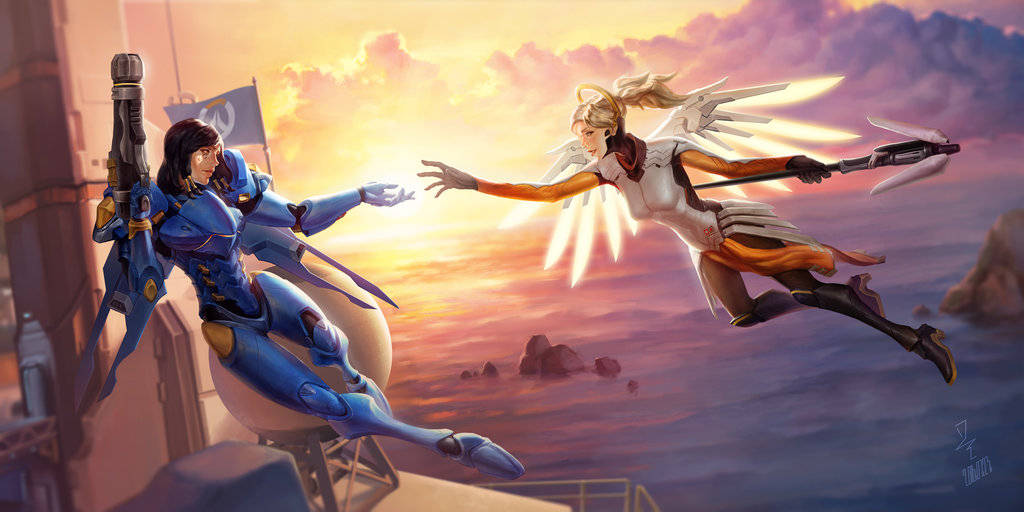 Without Mercy, Pharah players may struggle this week

Otherwise, the DPS side of things isn’t really impacted too much. Hanzo’s ban probably means an uptick in McCree. Widowmaker, or Mei picks. In ranked most picks are relatively viable until at least Masters, so don’t expect matches to look too different in Hanzo’s absence.

The tank side would probably be even less affected than DPS thanks to Wrecking Ball’s niche status, but he’s also a hero that attracts one-tricks. Wrecking Ball isn’t anywhere near a meta staple, but his presence is impactful in the right hands. Those players will probably migrate to Winston or D.Va in the meantime, or simply take a break from Overwatch for a week.

Mercy is the single biggest ban in this set by a good margin. While she isn’t the strongest healer in the current meta, she’s a mainstay pick for support players up and down the ladder. At lower ranks especially, Mercy provides a healing option that can be reliably piloted by most players. She definitely falls behind to more mechanical supports in Masters and GM, but she still leaves a big hole to fill.

The obvious choice for Mercy mains looking to try new heroes is Moira. Another support whose impact comes mostly from positioning and awareness, Moira fits a lot of the strengths Mercy players have built up. Moira’s AoE healing is extremely strong, and her escapability with Fade is something akin to a more autonomous Guardian Angel.

Overall, the meta shouldn’t shift too much in response to these bans. None of the three heroes is a must pick, so ranked will feel largely similar minus the game-warping threats that Pharah and Wrecking Ball provide.