Valve and ESL has announced a brand new system for determining who will qualify for the ESL One Rio Major in November, called the Regional Major Rankings (RMR). 56 CS:GO teams will compete regionally to acquire the 24 available slots for the One Rio Major tournament based on their team ranking within their region.

“Qualification for the Major will consist of various competitions that will grant points into Regional Major Rankings (RMR).” ESL stated, in a press release. “The teams with the most points will qualify to the Major as Legends, Challengers and Contenders (formerly New Challengers) depending on their positions and regional slot distribution.”

The institution of the new RMR qualification series follows the postponement of the ESL One Rio Major from May to November due to the ongoing pandemic. According to Valve’s announcement, the Rio Major has taken on special significance for 2020, since it is the only Major scheduled to take place this year and boasts a $2,000,000 prize pool.

The ESL One: Road to Rio will host regional round robin style group stages, with the top ranked teams advancing to playoffs. All series will be played in a best-of-three format. Through the RMR system, teams across the world will compete online for a $255,000 prize pool and qualification to the Rio Major between April 22nd and May 17th. Valve also stated that there will also be a Fall Regional Major Ranking series, though they did not provide any further details regarding that series.

In regards to teams who have already earned their invitation to the ESL One Major, Valve specified, ”All teams that would have been invited to the May Rio Major or the May Rio Minors will be invited to compete for position in their region.” 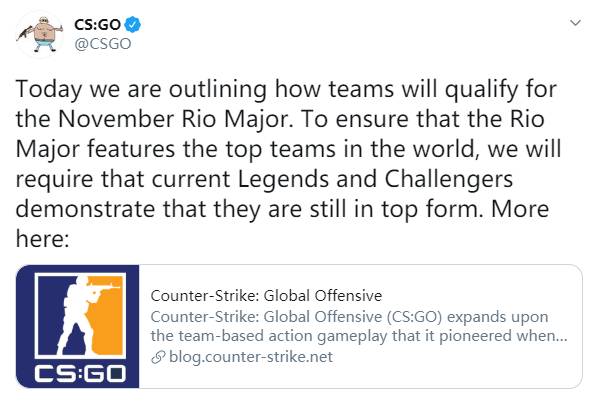 The new qualification system is a significant shift from the previous system which offered the ability to qualify for CS:GO Majors through minor qualifiers or through performing well at past Majors. Qualification will now be entirely determined on the basis of team rank throughout these regional competitions which will be held over the next few months. 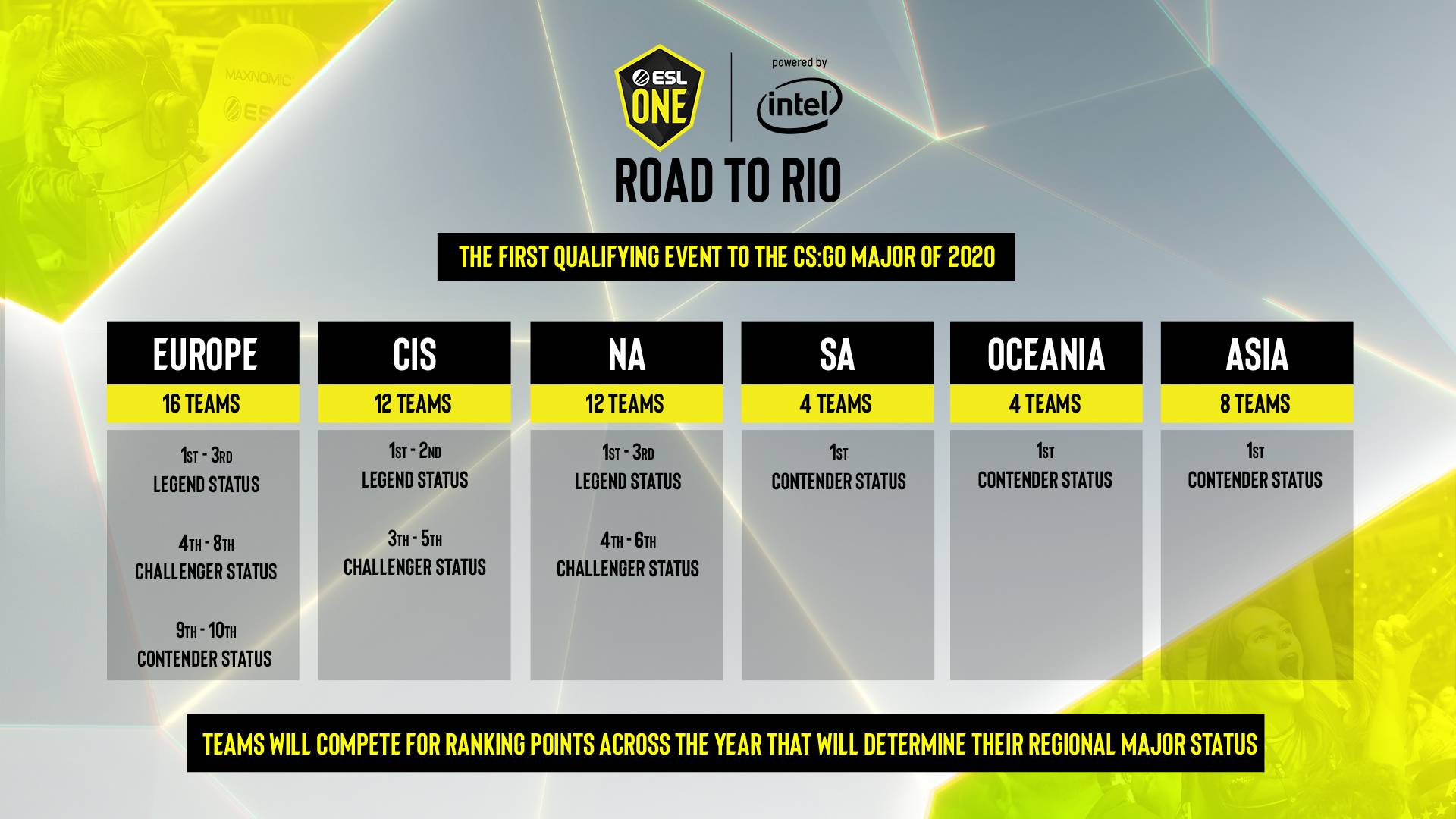 There will be six regions of competition. Each region has been assigned a certain number of slots based on the size of that region. Europe (EUR) will have ten total invitations available, the Commonwealth of Independent States (CIS) will have five slots, North America (NA) was allocated six slots, South America (SA) has one slot, Asia (AS) has one slot, and finally Oceania (OC) has one slot.