With Fnatic winning the SEA League, the ESL LA Online Regional Leagues also began their Playoffs on NA and China. After the SEA Grand Finals, China opened its Playoffs with the Upper Bracket Finals between RNG and Ehome, where RNG secured the first Grand Final spot. Then, North America finished its Playoffs with Evil Geniuses winning the Bo5 against Quincy Crew to be the ESL LA Online North American League Champions despite having two stand-ins. 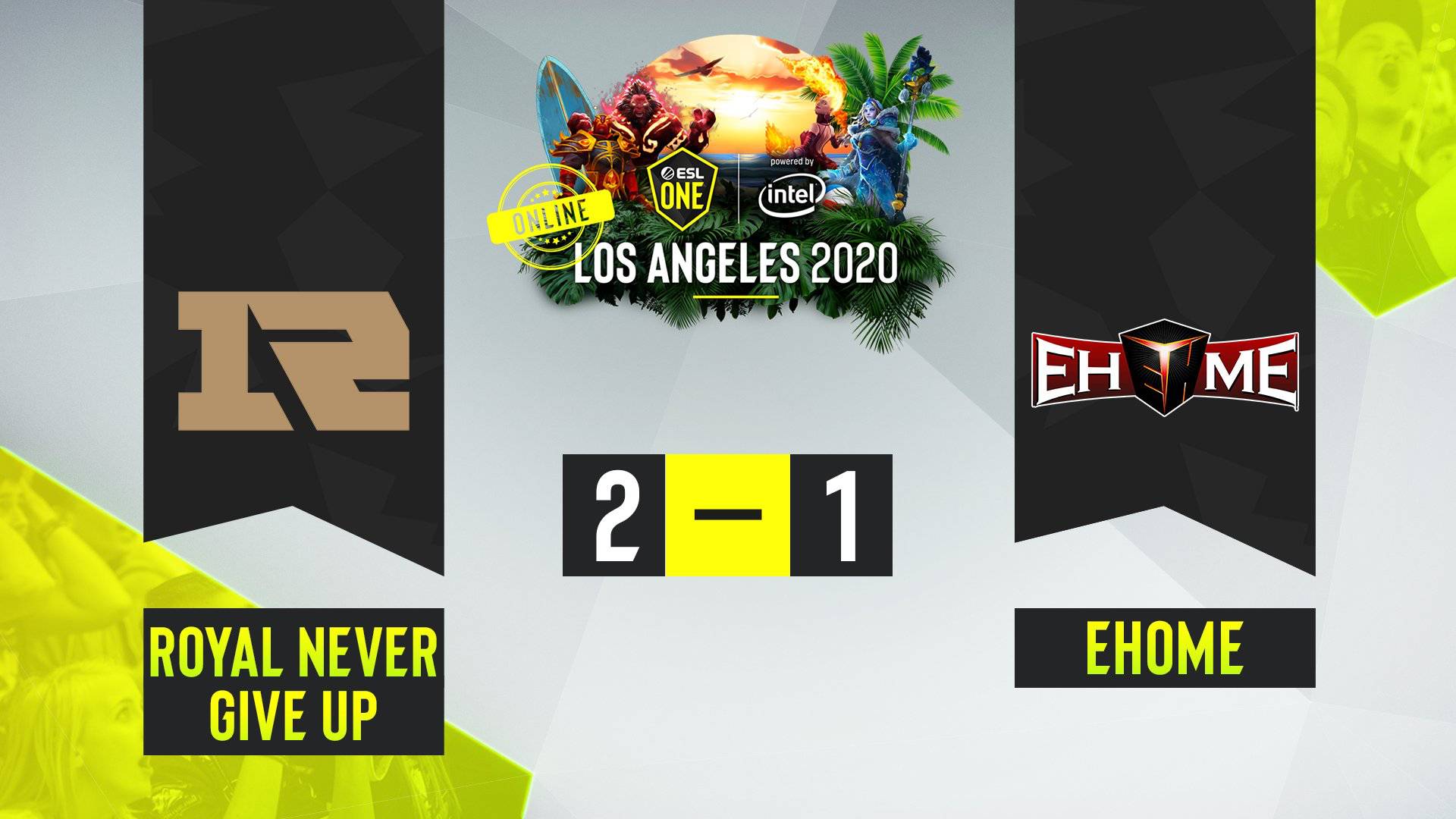 In game 1, RNG's tanky cores were overpowered by Ehome's carry Terrorblade and mid Pugna that built up the steady lead until they win at 37 minutes. For game 2, RNG bounced back with a 23-minute game headed by Setsu Outworld Devourer that did not allow Ehome's mid-game draft to peak. With their teamfight combos, RNG won with 18-5 behind Setsu's 6 kills, while Super Lich and Flyby Legion Commander tallied 12 assists each.

In the deciding match, a last pick Lifestealer for Monet carried RNG to the 27-minute victory. From early on, RNG did not allow Ehome's late-game draft with a carry Lone Druid recover. With rotations from September Nyx, he was able to contribute 15 assists on the 19-14 victory of RNG to punch their ticket to the Grand Finals.

On the other had, Ehome will face the winner of Newbee vs Vici Gaming at the Lower Bracket Finals.

In game 1 of the Semi-finals, CR4ZY's right-clicking Shadow Fiend and a tanky Nature's Prophet was enough to take down Evil Geniuses' Wraith King and a position 4 Ember Spirit in the late game. For game 2, EG's aggressive draft featured a Shadow Demon and Mirana combo with a Tusk that helped Arteezy Ursa dominate CR4ZY's late-game draft with a Naga Siren to end the game at 19 minutes with 27-9 kill score. In game 3, EG went all out with Ursa, Pugna, Abaddon, Earth Spirit, and Keeper of the Light to take down CR4ZY's teamfight-dependent draft in 29 minutes. With his KotL plays, Fly was able to contribute 20 assists into his teams' 25 kills and propel EG to the Grand Finals.

In the Bo5 Grand Finals against Quincy Crew, EG opened game 1 with a classic Arteezy Terrorblade against Yawar's carry Riki in their 25-minute, 24-12 victory where Arteezy finished with 9/0/6 while the rest of his team contributed at least 10 assists each.

CR4ZY did not go down without a fight as they stomp EG in a 20-mintue game with a 9th pick Bristleback that separated EG from each other during fights. With 7 kills on Biver's pos 4 Phoenix and SVG Grimstroke's 13 assists, CR4ZY avoided the sweep with a 20-6 kill score.

In the last game, EG out farmed QC's draft, but the Mars Arena and Pangolier Rolling Thunder combo allowed Quincy Crew to catch up and hold the game long enough for Yawar's Morphling to come back online. However, EG's supports saved the day with Snapfire combos and impressive Time Lapse saves from Crit's Aghs on Weaver. QC managed to get an Aghs Blessing for Quinn's Pango from Rosh, but the next two ones allowed EG to secure free Aghs on Arteezy Ursa and Ryoya Dragon Knight. With Crit just behind the backline preparing for saves, EG became unkillable as Quincy Crew calls gg at 54 minutes and 33-19 kill score behind Ryoya's DK 12/3/13  and Fly's Snapfire who finished with 23 assists. 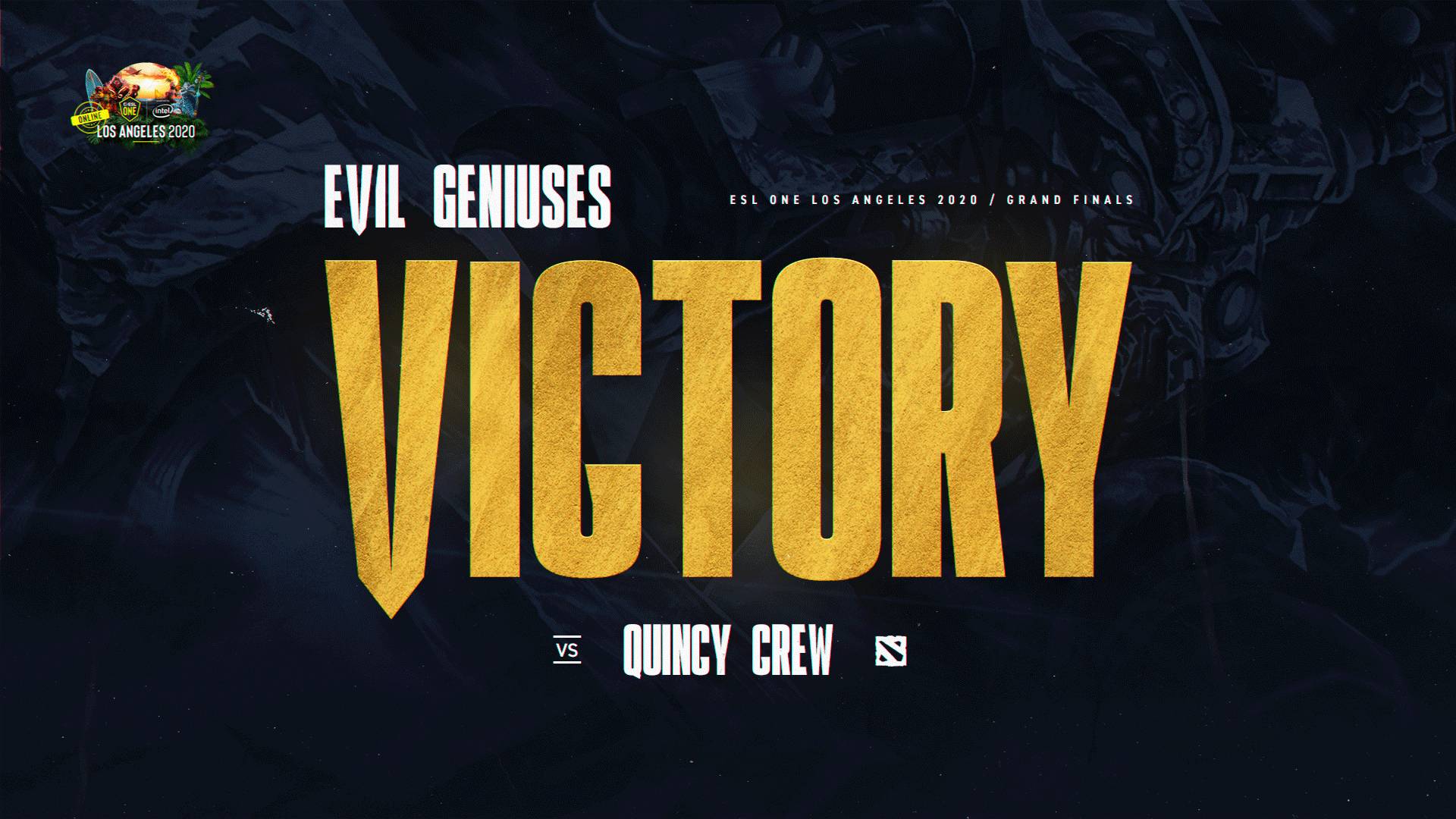 With a 3-1 win, EG becomes your ESL LA Online North American Online League Champions after surviving NA's free-for-all Group Stage. With his saves and cleanup plays, Crit was crowned as the MVP for NA.

Ggwp to Quincy Crew and congrats to Evil Geniuses. What can you say about EG's performance? Share your thoughts in the comments and stay tuned for more!