Last night, OG announced their new roster (ESL One Los Angeles 2020 Edition) with 33 and Ceb to fill the slots left due to the inability of playing under full roster, as Topson and MidOne were still stuck in SEA.

The recent departure of Neta “33” Shapira from Alliance made him a suitable choice for a stand-in. The full roster was revealed on twitter as well as their official homepage. 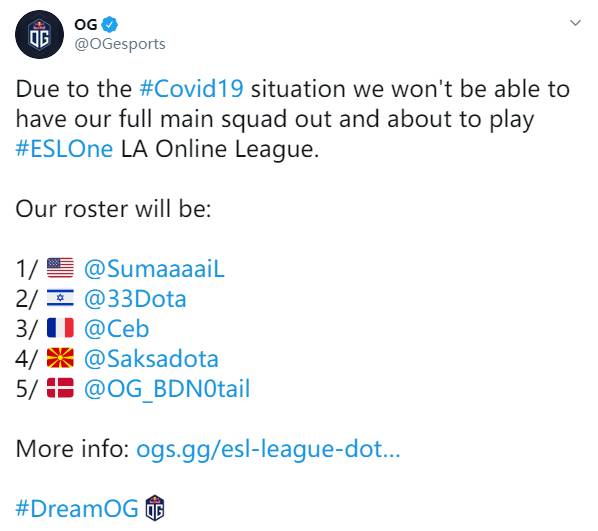 As a lot of countries have put on restrictions to go in and out of the territory, we unfortunately won’t be able to have our full main roster out and about to play the League.
Some of them are still out of Europe and won’t be able to fly there in time for us to play together in optimal conditions. Our number one priority is to keep our players safe.

But fear not OGs, a few familiar faces will show up and lend a hand during times where friendship and solidarity remain the most valuable assets.
Ceb god will come and stand in on the offlane, and Neta “33” Shapira from former Alliance will also join in and stand in as our midplayer.

Our situation will probably evolve alongside the global situation, but we will keep you informed and will give everything we can to keep trying our best and perform as we always do. 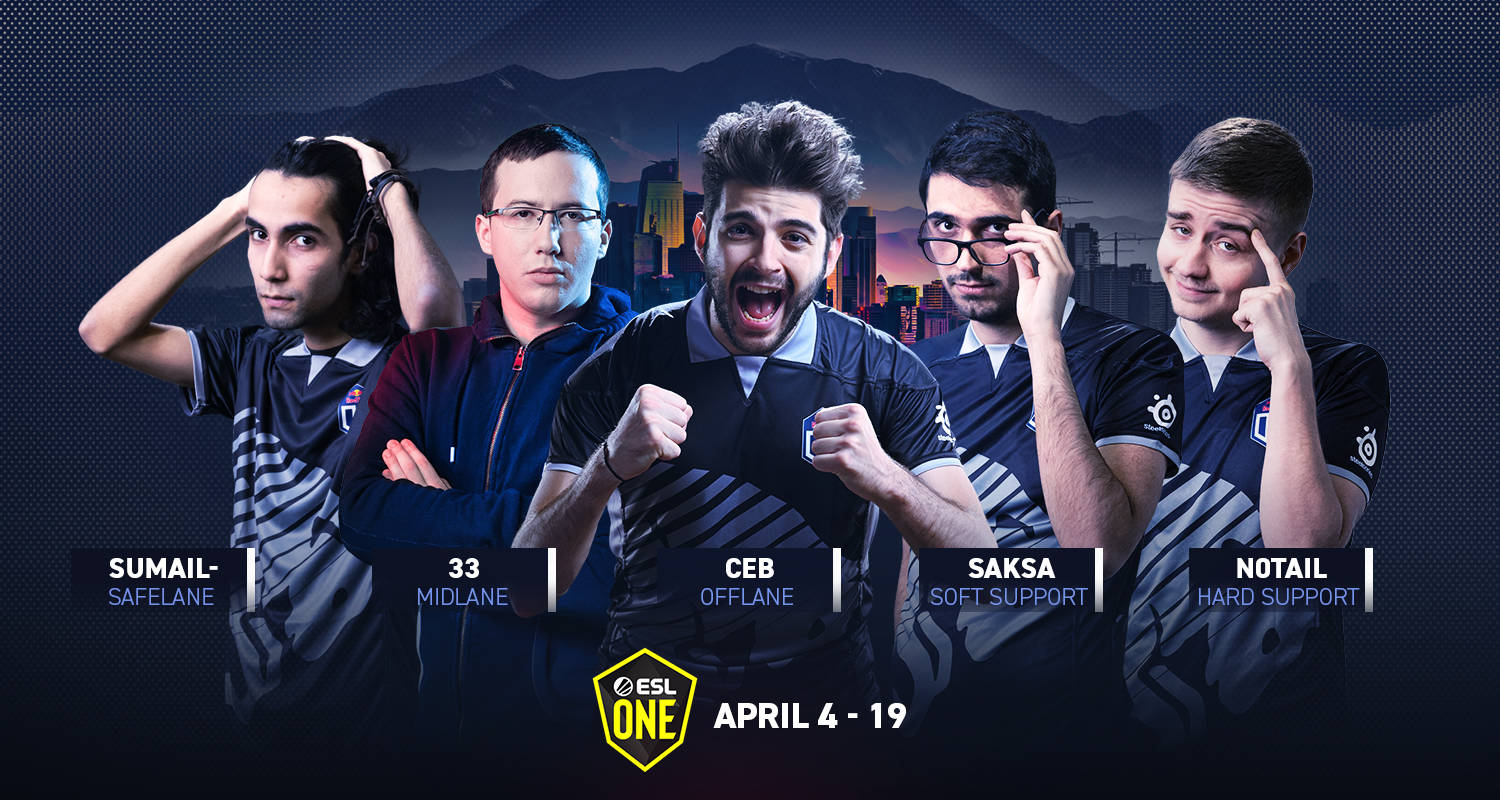 What do you feel about this roster? Share your thoughts and as always, keep safe and stay tuned.