At the end of March 24, Alliance announced the membership of 10K MMR Club for their mid-laner Linus "Limmp" Blomdin. 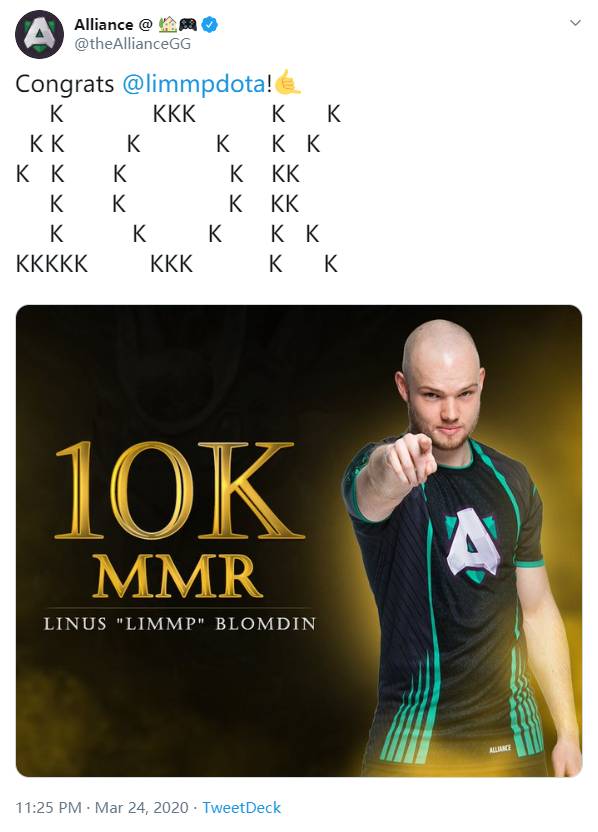 After losing the Grand Finals of SLi Dota 2 Minor S3 against Team Aster, Alliance has yet to be enrolled in any online tourneys ever since. Now that Limmp has reached 10K MMR in pubs, this probably is the reliable proof of what they have been doing without official matches: improving. Moving forward, Alliance is on the list of participants of the rescheduled ESL One Los Angeles 2020, the once postponed LA Major is no longer a DPC Major anymore because no more DPC points will be given in this tournament. Will the new member of the 10K MMR Club, as well as Alliance, secure a better position in the EU&CIS bracket? We'll see. 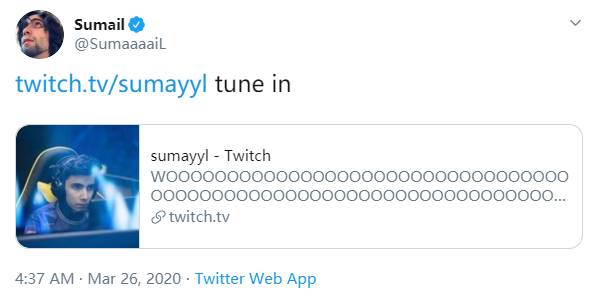 Then, earlier this morning, SumaiL suddenly went streaming on Twitch.tv for about 100 minutes, during which he showed viewers his MMR: 10,020.

Seems like this unsuspecting stream of Sumail was meant to declare his membership of the 10K MMR Club. To make this achievement even more remarkable, Sumail claimed that he was playing random only! What's more, he is also the first TI winner in the 10K MMR Club. Meanwhile, keep safe and stay tuned.