With a few days left, the ESL Los Angeles Major has been canceled indefinitely as the cases of COVID-19 rose in the United States a few weeks ago. After several considerations, ESL updated everyone with the current state of the third Major 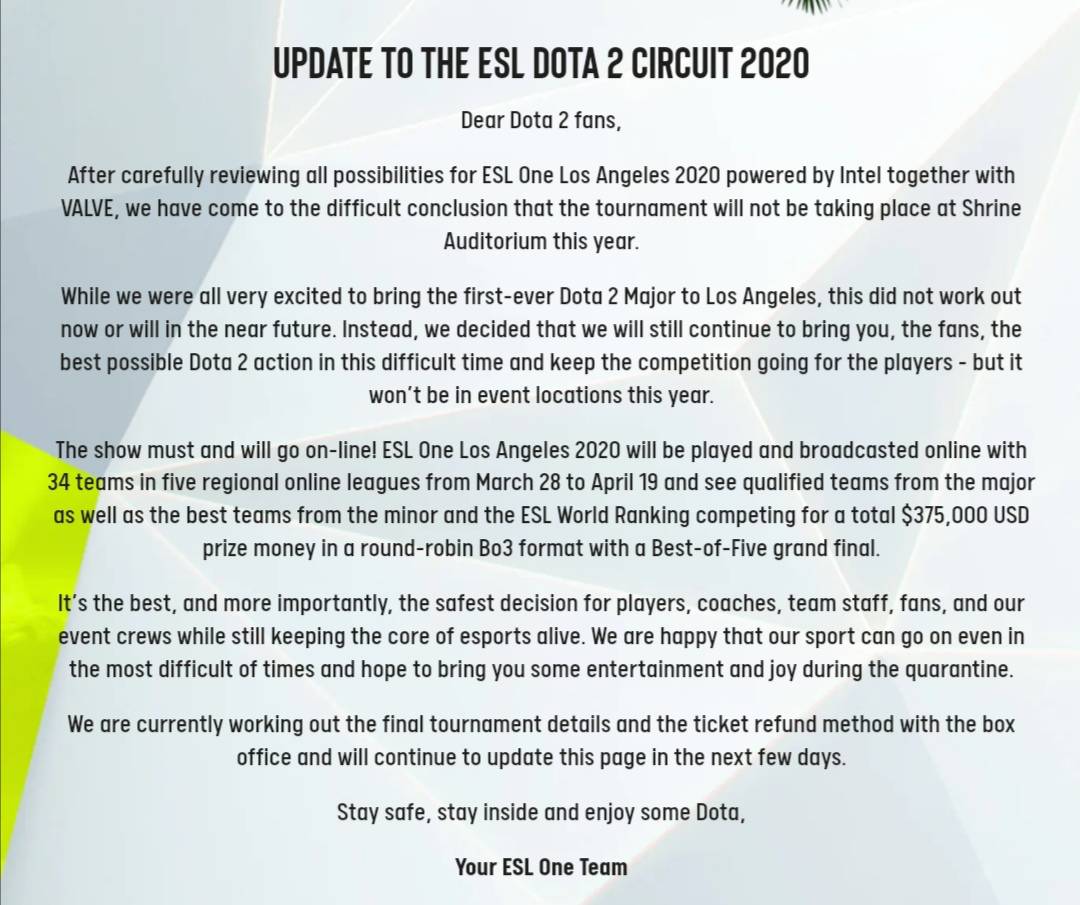 In their first update, ESL explained that both the ESL LA Major and the ESL One Birmingham will be transformed into an online tournament.

Despite the postponement of the event at the Shrine Auditorium, ESL announces that the LA Major will feature 34 teams in five regional online leagues from March 28 to April 19. The featured teams will include those who qualified for the Major and some top teams from the Minor as well as the teams listed in their own World Rankings. The competition will be played and broadcasted online where teams will fight for a total of $375K USD in a Round Robin Bo3 format and conclude with a Bo5 Grand Finals. 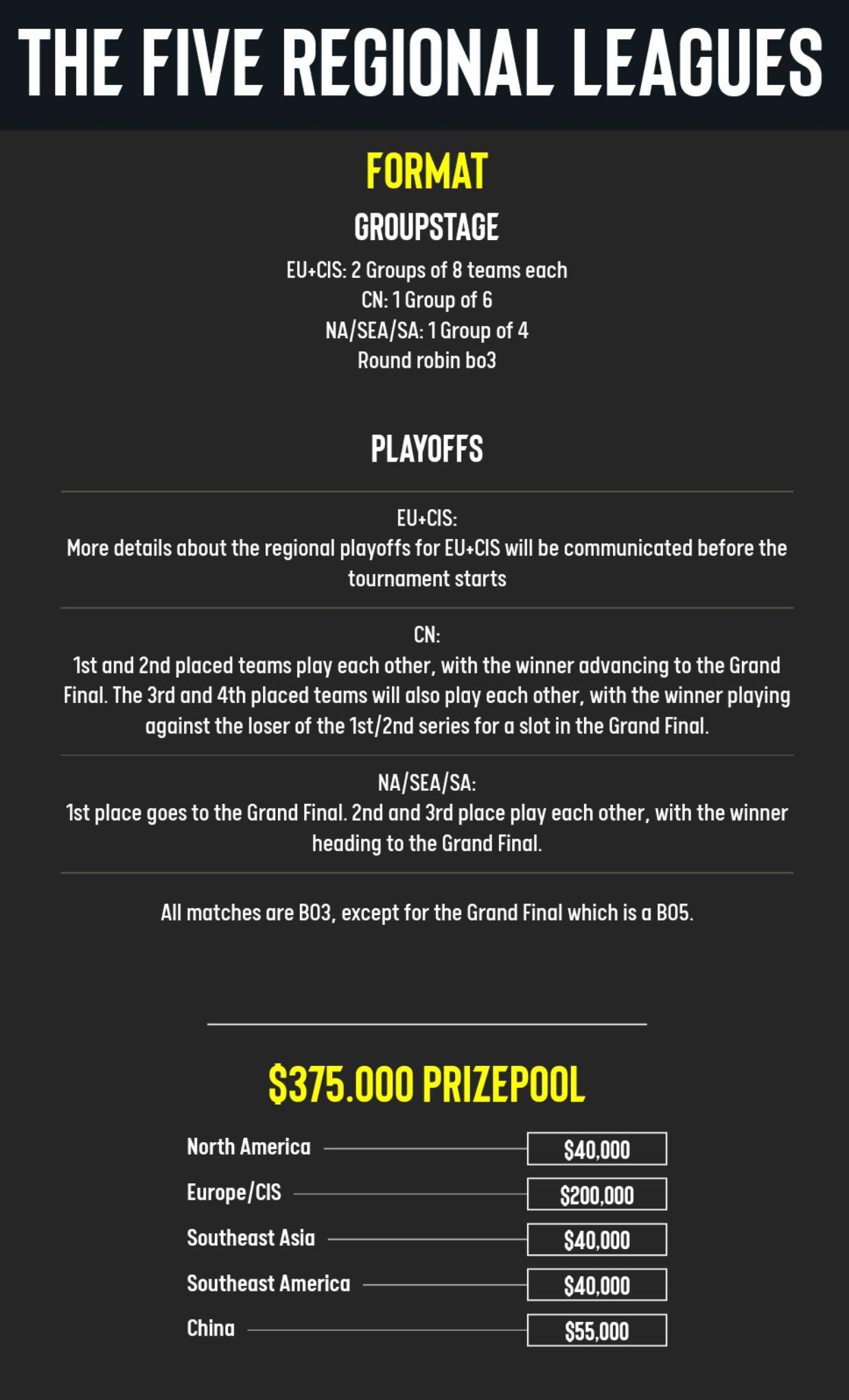 Meanwhile, the ESL One Birmingham will have its own online leagues from May to June with a $335K USD prize pool. However, the tickets bought will be valid as they move the on-site event to 2021 as they continue to finalize all the tournament details. While the refund method for the LA Major is on its way. For the LA Major, ESL posted the participating teams for each region as well as the formatting.

ESL explained that the safety of everyone is their top priority, hence the need to adapt in an online format. Despite these circumstances, ESL is happy that they are still able to collaborate and host online tournaments.

Here is the list of the participating teams at the LA Major: ESL vastly adjusted to these circumstances to deliver some non-stop dota to help us survive this quarantine together. What do you think of these changes? Share your thoughts in the comments and stay tuned for more!