For this week, we will be shifting the spotlight towards Geek Fam. The present roster includes Feekz, Artz, Dominus, Xorn, Rumpel, OZORAVEKI. The boys have been an absolute joy to watch, not dropping a single series so far for Season 5. The team can also be seen to be having a ball during matches. It is not an understatement to say that the art of psychological warfare has also been a cornerstone of Geek Fam’s success strategy as well. 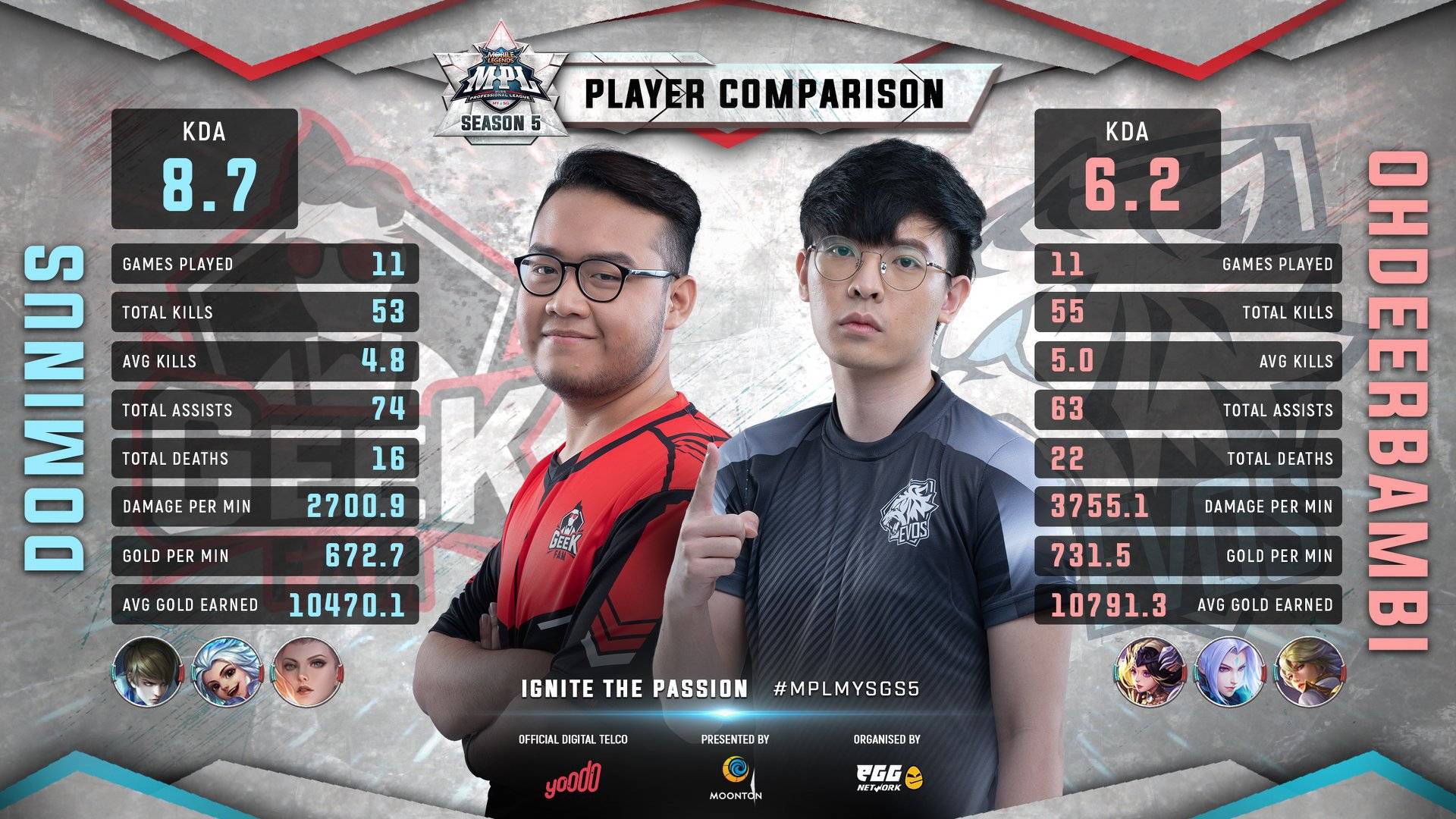 Fans would often draw comparisons between Geek Fam and Resurgence, due to the two having an impressive set of winning streaks respectively. However, Geek Fam are most certainly not looking to rest on their laurels. 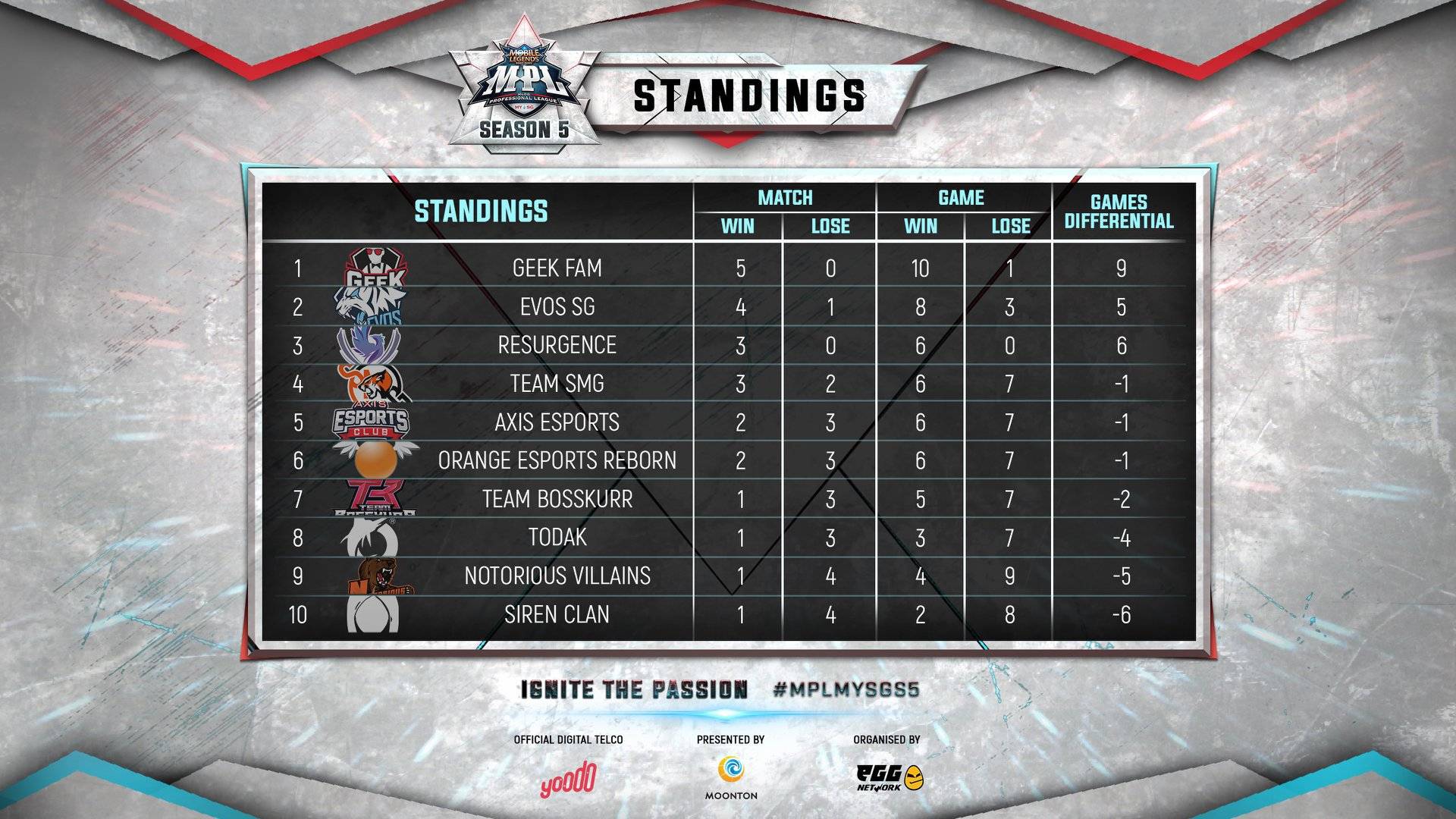 “We’re feeling pretty good right now,” said Geek Fam flex player, Poon "OZORAVEKI" Kok Sing. “But we can’t say we are the best team in Malaysia and Singapore without beating Resurgence.” He also acknowledged Resurgence’s present top form, citing that their upcoming fixture would be intense. The other teams are still on the board as far as Geek Fam are concerned. “I think every team is strong and is able to put on a comeback performance in the Playoffs.”

Geek Fam’s recent display as a dominant force for Season 5 was a result of the team’s new unique playstyle. OZORAVEKI went on to explain that they “believe we are leading in terms of strategy and wave control in this region at the moment.” He also highlighted that the team’s guerilla utilization of in-game emotes and recalls does have some influence on their opponents making mistakes. 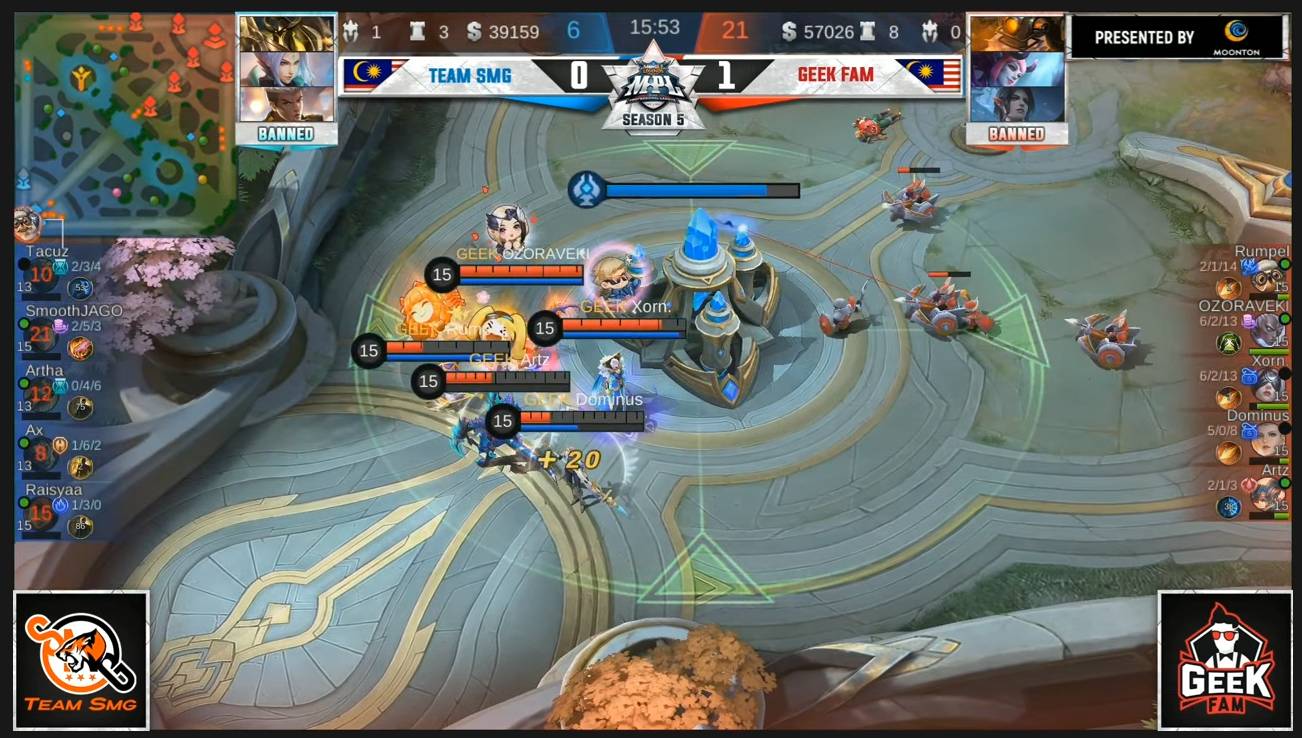 To some extent, while their use of emotes and recalls were done with intent to throw off their opponents, Geek Fam sure look like they are all for just having a good time in their matches. “We always try to have fun while being as serious as possible,” said the former League of Legends professional player. He added that the players can definitely perform at their best when everyone is just having a blast. “We do tend to throw more games though during scrims,” he explained while chuckling, as a result of the team having “too much fun.”

Having a good mental state before a game is a must, and we’ve found that using emotes help with strengthening our mindset and adversely affecting our opponent’s.

With regards to the present Season 5 meta, it could also be observed that Geek Fam have put heavy emphasis on picking Diggie and Thamuz. These heroes have contributed to Geek Fam’s buoyant start to the season through 85.71% and 100% win rates respectively when picked by the team. OZORAVEKI explained that these picks “just work” for the team’s strategy and unique playstyle in the current meta, reinforcing their stance on having a superior understanding of the current meta compared to other teams. 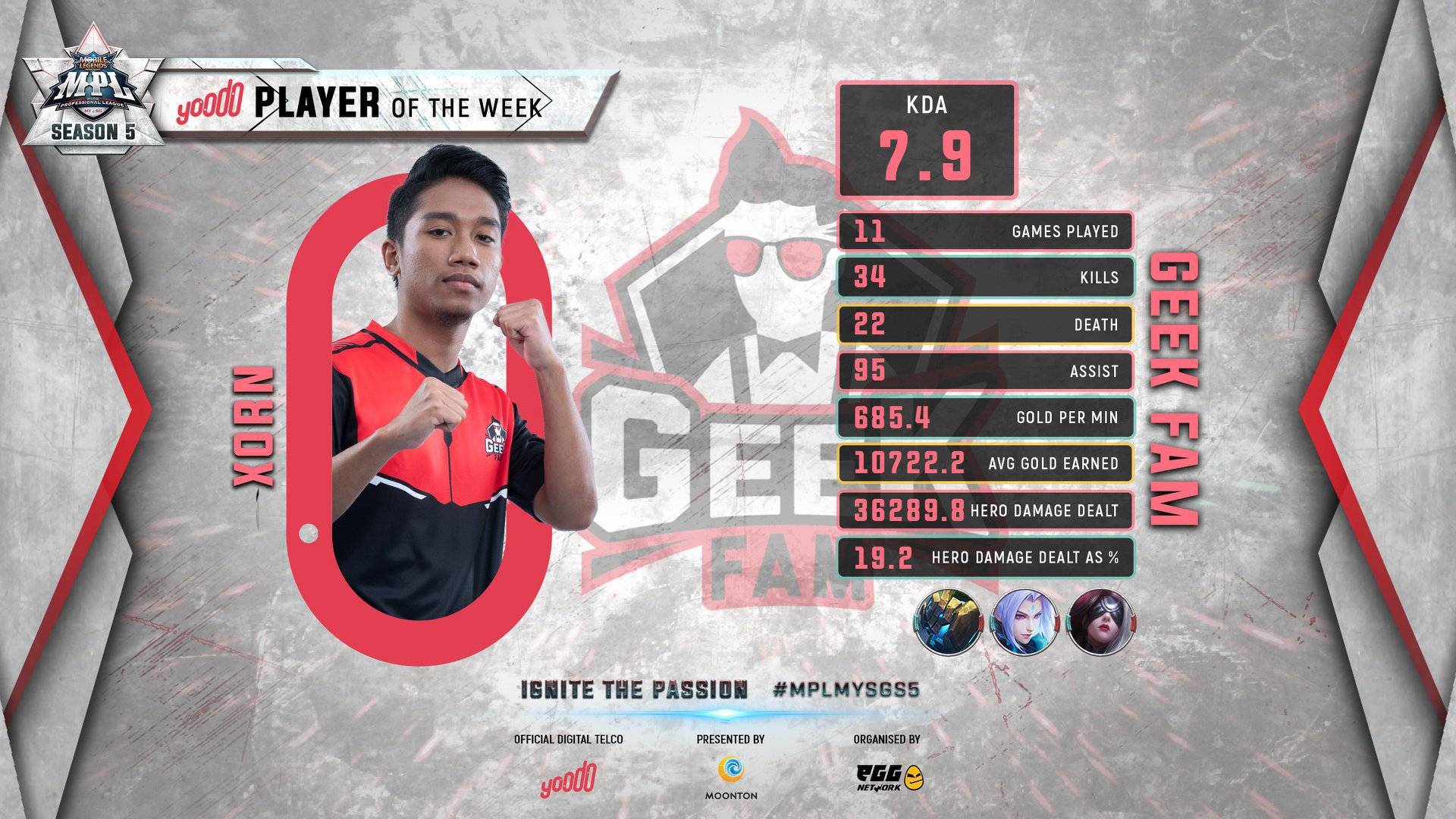 Having said that, fans would think that teams would just ban these two picks as an easy solution. OZORAVEI begged to differ. “There are just too many heroes to worry about when playing against Geek Fam. Do you really want to contest against Xorn’s Selena/Ling or any of our flex player’s Pharsa?” He explained that it really comes down to teams just having to pick their poison.

However, with regards to assembling the ideal drafting composition, he explained that there are various ways to tackle the present meta. “Generally, picking a stronger mid lane match-up is more important.”

It can also be observed that new unorthodox picks are slowly being introduced as the season progresses. Silvanna, for instance, worked well for Geek Fam in their last match against Team SMG.

OZORAVEKI explained that “a lot of heroes used to be troll picks. Examples that come to mind are Nana, Uranus and Faramis. Nevertheless, as long as teams are willing to study how specific heroes work in certain match-ups, this opens the floor to more unorthodox heroes being picked.”

Geek Fam was the first team to play Bane in MPL-MY/SG. We are open to utilising any hero as long as they are useful

With the team looking like a well-oiled machine, it will be interesting to see how things will fare for the remainder of the season. Brimming with confidence and thirst for a second title, the team looks poised to continue their winning streak. OZORAVEKI highlighted that the team’s confidence stems from the players’ immense faith in each other; a bond that was closely forged after the new roster’s formation. He stated that having everyone believing in each other was the most crucial element that contributed to the team’s success.