In the third day of the WeSave! Charity Play, the second half of SEA, CIS, and NA showed some impressive matches – even featuring back-to-back TI winner Ana standing in for TNC. Let us take a look at how each series went. 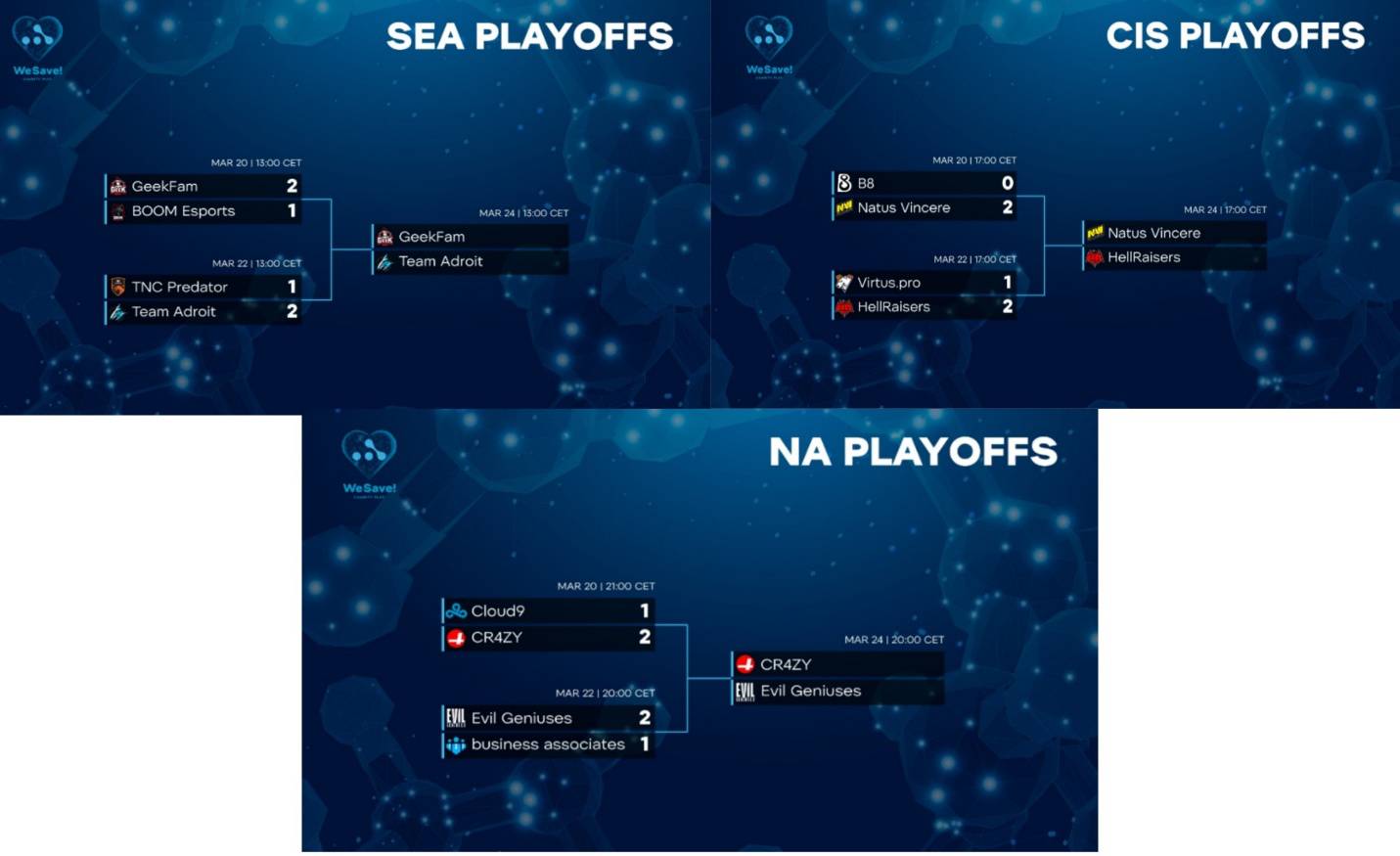 In game 1, Ana seemed to have merged quickly into TNC’s lineup as his Slark dominated the late-game draft of Adroit. Despite catching the elusive Slark, the sustain from the rest of TNC was too strong for Adroit as TNC forces them to call gg at 29 minutes behind Armel Void Spirit’s 7/1/8 and March Chen’s 15 assists while Ana had 4/0/10.

For game 2, TNC had a similar draft, only Ana’s hero was changed from a Slark to a Spectre. With a tanky Kunkka and Necro, Adroit gave way for Phantom Lancer to get fat and eventually counter TNC’s four-protect-one strat at 32 minutes where Natsumi PL finished with 6/0/11 while cml Oracle finished with 14 assists.

In the third game, the famous Ana Phantom Lancer showed up at the late game, after Adroit seem to control the early game. Both teams exchanged leads, but both teams were not able to crack each other’s high ground. Roshan clashes and buybacks from both teams were played carefully, but Natsumi’s Troll Warlord with a Rapier backed by a Shadow Demon and Magnus were too much for TNC. They tried to fight back inside their base, but after exhausting each other’s buybacks, TNC did not survive the final clashes at 60 minutes. With a 30-18 kill score, Natsumi shows up with 14/1/9, while Ana had a rough game with 6/7/8 at 35k networth. Adroit’s decision-making reaped rewards as they proceed to the Grand Finals after outlasting TNC and Ana.

CIS: HellRaisers with the reverse sweep on Virtus Pro

With a mid Bristleback, VP shuts down a Lycan carry from HR with Bristleback just charging in lanes as he is backed by a Morph and Nature’s Prophet. Despite focusing on teamfights, HR’s lineup had nothing against the heavy damage of VP as NoOne absorbs all the damage as the tanky Bristleback. After 30 minutes, HR calls gg at 23-13 behind Resolution NP’s 9/1/9 and Solo Batrider’s 13 assists while NoOne finished with 7/3/11.

After the beatdown on game 1, HR steps up massively with their outplays and punishes over VP’s pushing strat. VP controlled the early game, but as soon as Xannii completes his Aghs on the Death Prophet by 21 minutes, HR began to run over each of VP, taking kill after kill. Despite several misplays from HR, Rodjer’s Pangolier and Funnik’s Weaver had outplayed the rest of VP, as HR ends the game at 39 minutes with 42-18 kill score behind an offlane Weaver who finished with 14/4/13 and 26 assists from Rodjer.

With a last pick Broodmother mid, HR countered VP’s Morphling and Slark cores while Pangolier, Ember, Elder Titan began controlling VP’s side of the map by stopping the rat of VP. Resolution’s NP kept VP afloat, but a six-slotted Broodmother was too much, even tearing Aegis on Morph. Despite a successful 2v5 hold from Slark and NP, Broodmother just ignores them and stood in the middle of the Throne to take it down at a 34-minute 41-15 victory. Hell Raisers will face Na’Vi in the CIS Grand Finals after Funnik Pangolier led the kills and assists, tallying 12 and 17, respectively. 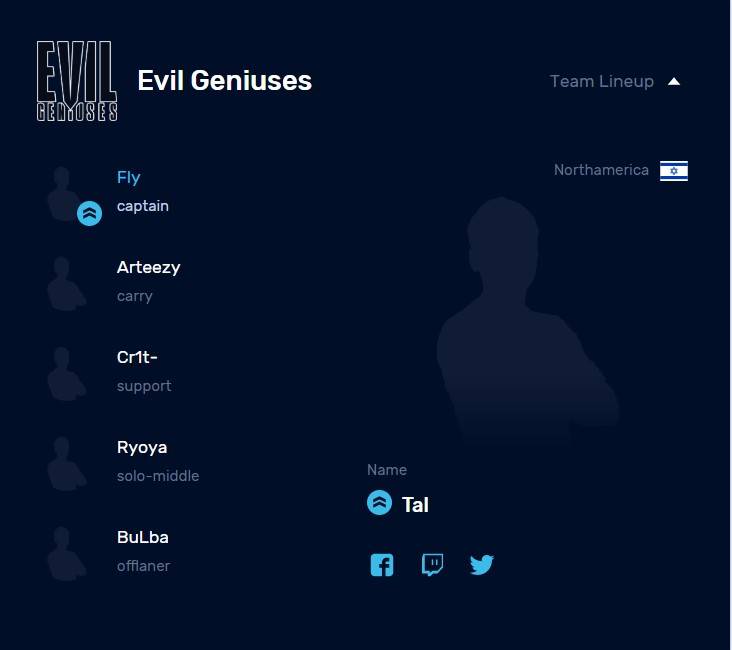 In game 1, a masterful performance from Business Associates showed behind a great execution of their teamfight and push draft. With a Helm and Necro 3, Nine’s Lycan just powered through the physical damage draft of EG. With BA’s teamfight, EG had no choice but to call gg before 20 minutes at a 22-11 kill score behind Lycan’s 9/2/7 and 11 assists from Fear Enigma as well as Mooz 12 assists.

With a Shadow Demon and Mirana combo, EG successfully shuts down the late game Alchemist draft from Business Associates. The Wraith King, Kunkka, and Abaddon core lineup of EG were tanky enough to survive the Fatal Bonds + Golem and Impale combo from BA. Despite these combos, BA had no concrete response as the three strength cores of EG ran at their base, forcing BA to call gg before 20 minutes with a 22-6 kill score.

In the final game, Arteezy had picked the same Ursa, but this time he actually ripped through BA’s magic damage lineup with the rotations of Crit Earth Spirit. With Vacuum + Wall and Coil combos, EG just won teamfight after teamfight as BA call gg at 29 minutes with 53-19. Rtz Ursa finished with 17/6/16 while Crit Earth Spirit tallied 29 assists followed by Ryoya Puck and Bulba Dark Seer with 24 assists each while Fly Oracle finished with 22 to win the series and face CR4ZY in the Grand Finals.

Unlike Day 2, today’s series have brought exciting gaming threes. Even though TNC lost, Ana standing in was more than enough to attract viewers as their series really showed a classic SEA brawl. Furthermore, the mechanical showdown in CIS also showed impressive plays and a great series. Lastly, EG still showed an impressive performance even when Ryoya and their coach BuLba played with them.

Which series from today did you enjoy? Share your thoughts in the comments and stay tuned for more!