It’s not everyday we get to see a retired TI Champion have a sudden obsession with stacking Ancient creeps. Perhaps it might seem childish at first but AdmiralBulldog proved us wrong after he reap the success (and gold) of the 22 stacks of Ancient camps he successfully stacked. If there’s only one thing that boys want, it’s definitely the sound of 66 neutral creeps die instantaneously followed by the crispy sound of gold earned and it’s actually disgusting.

Anyways, on a casual day of streaming on Twitch, AdmiralBulldog begin his quest to stack the Ancient camp 30 times by picking Kunkka. For you DOTA scrubs out there, Kunkka’s first skill, Torrent, lifts any enemy unit that is within its AOE (area of effect). While most of us know that this skill stuns the enemy, not many actually know that it also acts as “removing” the enemy units who are lifted by this skill. Thus, that means mechanics-wise, the creeps are not in the spawn box during this time, so timing this skill accurately at x.57 seconds (and a half) will stack the Ancient camp. This obviously works for any other jungle camps as well. Of course, being a washed-up yet seasoned veteran in the DOTA2 pro scene, AdmiralBulldog had no issue timing it right for more than 22 times consecutively.

However, the real trouble comes when the enemy team casually stroll passed the overcrowded Ancient camp location. As a safety measure to protect his gold (literally), AdmiralBulldog used the only method that would make his loyal subscribers listen, which is by warning them that if the Ancient camp gets killed by the enemy, they all get a 10-day ban. Despite the warning, his fellow subs failed to protect his hard-earned stacks after getting teamwiped by the enemy team. This went on for 2 games and we can clearly see AdmiralBulldog raging at his subs’ failed mission, which is hilarious to watch. In one game, he even begged the enemy team to leave the stack alone but to no avail.

In another game, after his team got teamwiped due to their foolish decisions, AdmiralBulldog had to watch helplessly as his huge Ancient stack gets destroyed by the enemy team. You can really hear his agony and pain as he yells into the mic. 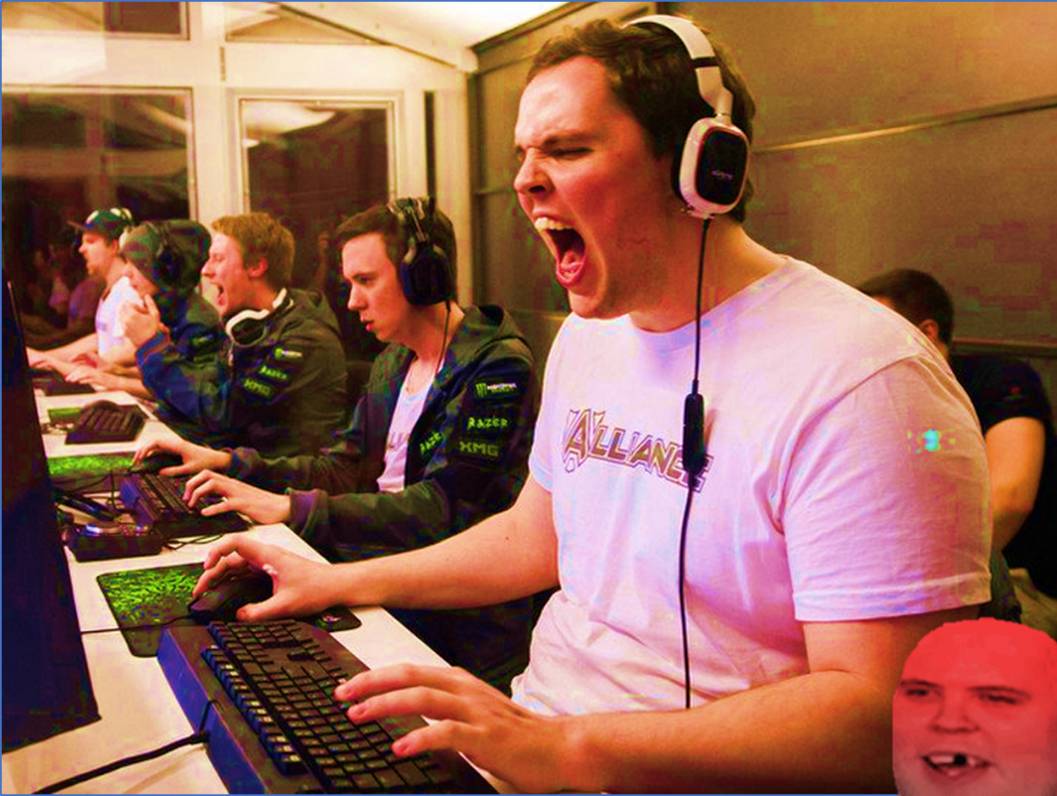 Despite the painful experience of watching his Ancient stacks get stolen twice, he never gave up. Finally, in a third attempt, he managed to stack the Ancient camp 22 times before killing most of it in one single blow of Tidebringer. And that, my friends, is the sound of glory. You might have seen videos of players playing Dark Seer to vacuum a jungle camp onto a cliff to stack it infinitely but that’s clearly cheating. What AdmiralBulldog achieved here is truly a special moment for both AdmiralBulldog fans and the DOTA2 community. Of course, let’s not forget about the subscribers who sacrificed themselves for the sake of this achievement and got themselves a long ban but hey, don’t feel bad for them because they paid for the service.