The Lower Bracket Kings sweep VP with a 20,min Rapier

The Lower Bracket Kings sweep VP with a 20-min Rapier

Today is the last day of the WePlay! DotA2 Tug of War: Mad Moon and we have the penultimate series to open it as Nigma and Virtus Pro face for the last spot at the Grand Finals. In this Bo3, Nigma shows why they are still called the Lower Bracket Kings as they defeat Virtus Pro in an impressive 2-0. 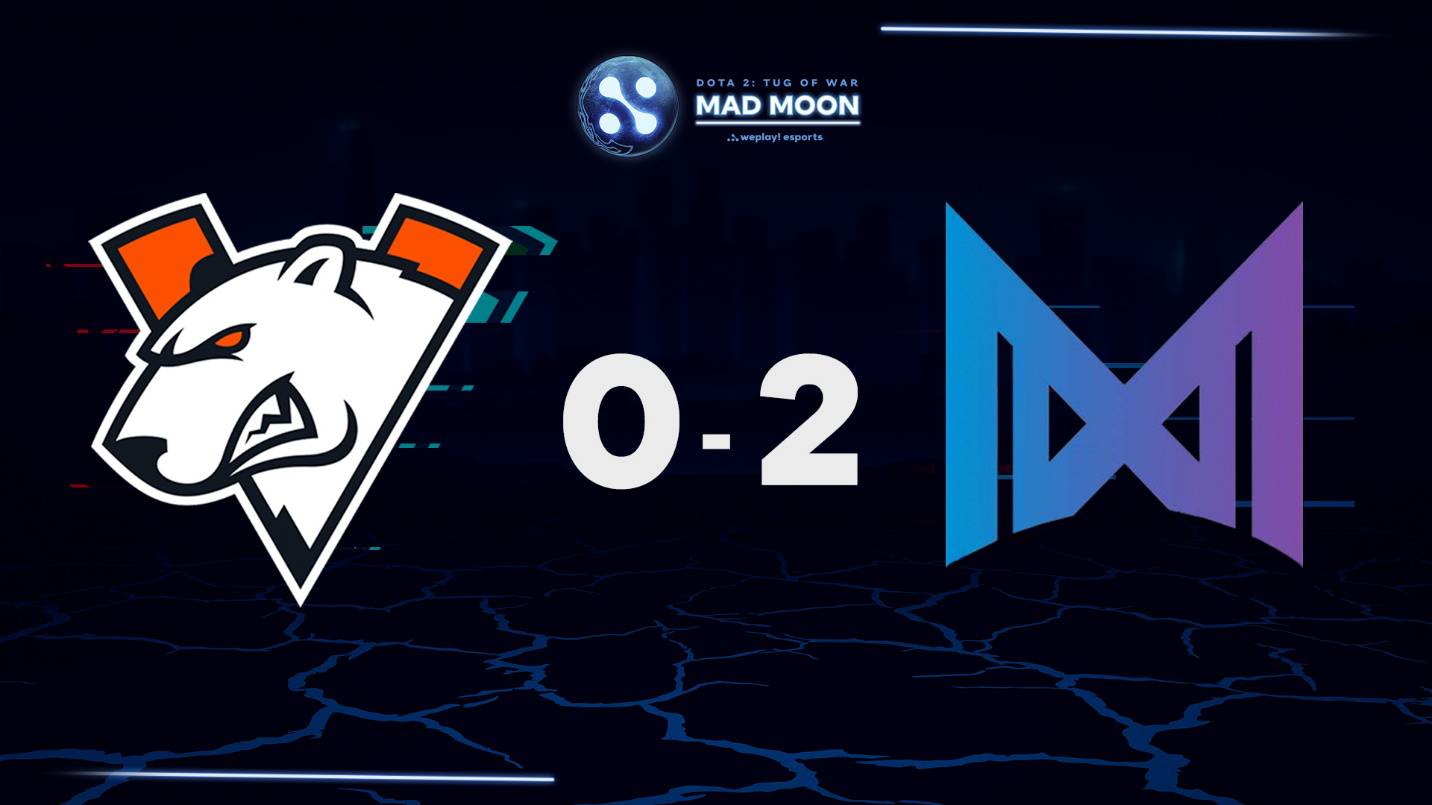 W33 and Mind Control pushes Nigma for a comeback

An aggressive trilane from VP allowed them to stomp Nigma’s offlane. Nigma’s supports tried to gank NoOne, but a sidestep from Razor allowed VP to secure a 3-0 trade. A self-Euls from Razor almost wasted Miracle’s Chrono as the whole VP takes down both Miracle and W33 as they take down mid t1. VP continues the pressure on Nigma’s lanes as the kill score goes 16-3 by 22 minutes as Cooman takes the Aegis.

Nigma tried to retaliate with smoke as they force Zayac to dieback, but as they kite Nigma, VP catches Void and two of Nigma as well as the half of mid racks.  Another attempt at Nigma’s high ground forces Void to buyback and Nigma successfully kills Cooman and NoOne to allow Nigma to regain control of the map as they also take half of mid racks. Despite killing Void with a Lasso and Doom combo, a sudden 1700 damage from Lina’s combo killed Cooman as VP attempt to take top racks. They even killed Lina, but an immediate buyback from W33 takes four of VP as Nigma punishes VP’s dive near the fountain.

A five-man sod from Nigma initiated a beautiful symphony of ults that began with a Wall and Chrono to kill VP’s supports as well as force Morph to buyback after Lina bursts him down. Nigma attempts Rosh, but VP tries to contest and kill Void without buyback. Nigma finishes Rosh. Gh takes the Aegis, then a Vacuum + Wall + Earth Splitter in the Rosh pit kills VP. Reso buysback, Razor also has one available and Solo is about to respawn into a 3v4 situation, but surprisingly, VP calls gg at 46 minutes. Mind Control’s multi-hero Vacuums into W33’s Light Strike Array saves the day as they accomplish a 28-31 game 1 comeback victory.

Rotations from both VP’s supports still fail to kill W33 as he begins to take the lead in farm. Both teams just took towers from each other as Lesh and Medusa led the pushes. NoOne tries to gank Medusa, but the rest of Nigma continues to run up on them with Gh and Kuro’s ult as they secure the rest of T1s.

Nigma’s control of the map allowed Miracle to take Aegis and after his Manta, Miracle finishes Rapier by 20 minutes as they take bot tower, but they immediately go hit t4 towers. Raid boss Miracle just hits the t4 as he is backed by the rest of Nigma. Despite Virtus Pro’s magic damage, Nigma’s supports just ensures that VP won’t pull of their combos on Nigma’s cores and with that Kuro’s squad completes the sweep with a 20-4 and 12k networth lead by 22 minutes.

Virtus Pro played a close game 1, but Nigma still pulled off a comeback as they took advantage of VP’s mistake. However, the second game was a complete stomp as Miracle proves he is a vital part of the Lower Bracket Kings.

With this sweep, Kuroky and Nigma play a rematch against Puppey and Team Secret. Can Kuroky completely crack Secret’s trick in the Grand Finals? Share your thoughts in the comments and stay tuned for more!

下一篇：Kyle bashing Nigma after their clowny game against A.M