After falling a series short of a slot at the LA Major, Fighting Pandas successfully went through the Starladder Minor NA Qualifier. However, Fighting Pandas now have to look for standins as Jacky “Eternal Envy” Mao and Jingjun “Sneyking” Wu announce their departure.

Earlier today, Fighting Pandas’ carry and offlaner separately announce that they chose to leave the team. 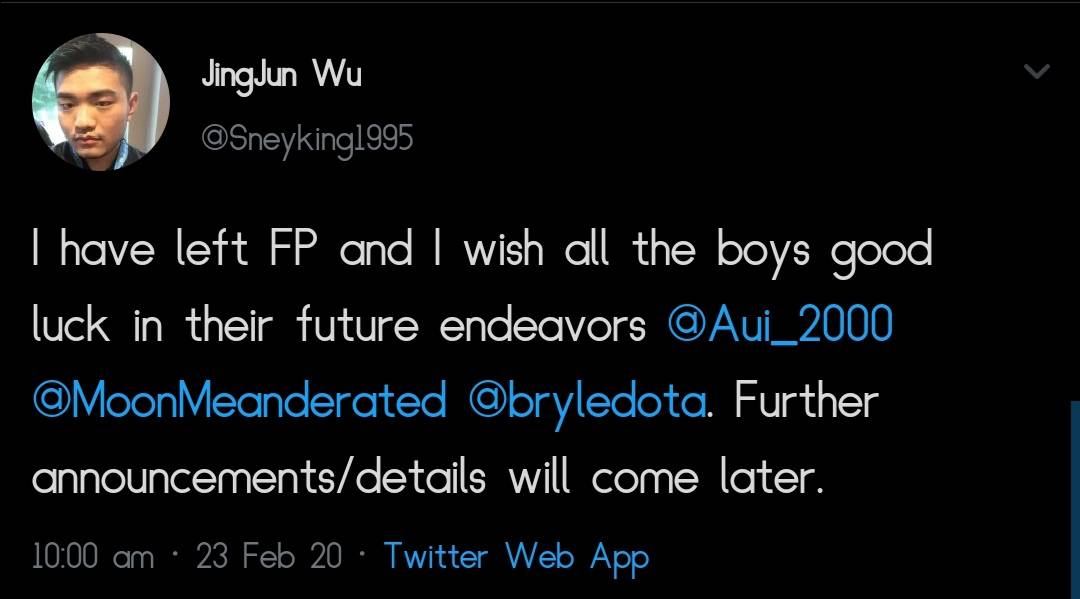 Sneyking provided a detailed approach as he stated that more details about their move will come. It is still unconfirmed whether Sneyking and Envy have found a new team, but David “MoonMeander” Tan assured everyone that him, Jonathan Bryle, and Kurtis “Aui_2000” Ling will still play together as they find standins for the upcoming Minor. 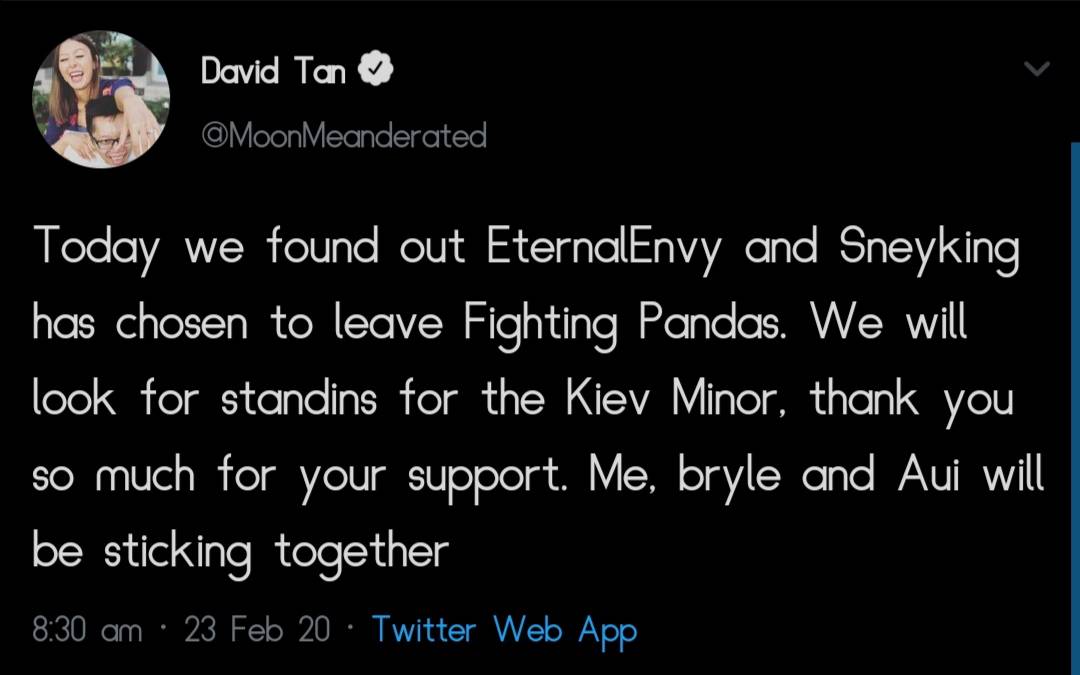 With this roster change, can the remaining Pandas put up a fight in the coming Minor? Who do you think should standin?

Meanwhile, have Envy and Sneyking found a better team or will they also go separate paths? Share your thoughts in the comments and stay tuned for more!

下一篇：Secret, Virtus.pro and Nigma are the top 3 at WePlay! Mad Moon