Name a more iconic duo than Slacks and Techies. Well, if there’s an absolute answer to that, it would have to be the report button and Techies players. Regardless of how much the majority of DOTA2 players hate Techies whether it’s in their pub games or just watching a Youtube video about it, here’s SirActionSlacks complaining about Techies being literally unplayable and unwinnable. The Valve employee took it to Reddit, to ask whether if anyone has been winning games playing Techies ever since the last update (the Outlanders update). Due to the many changes that happened in DOTA2, it’s tough work trying to grind MMR as a Techies spammer. 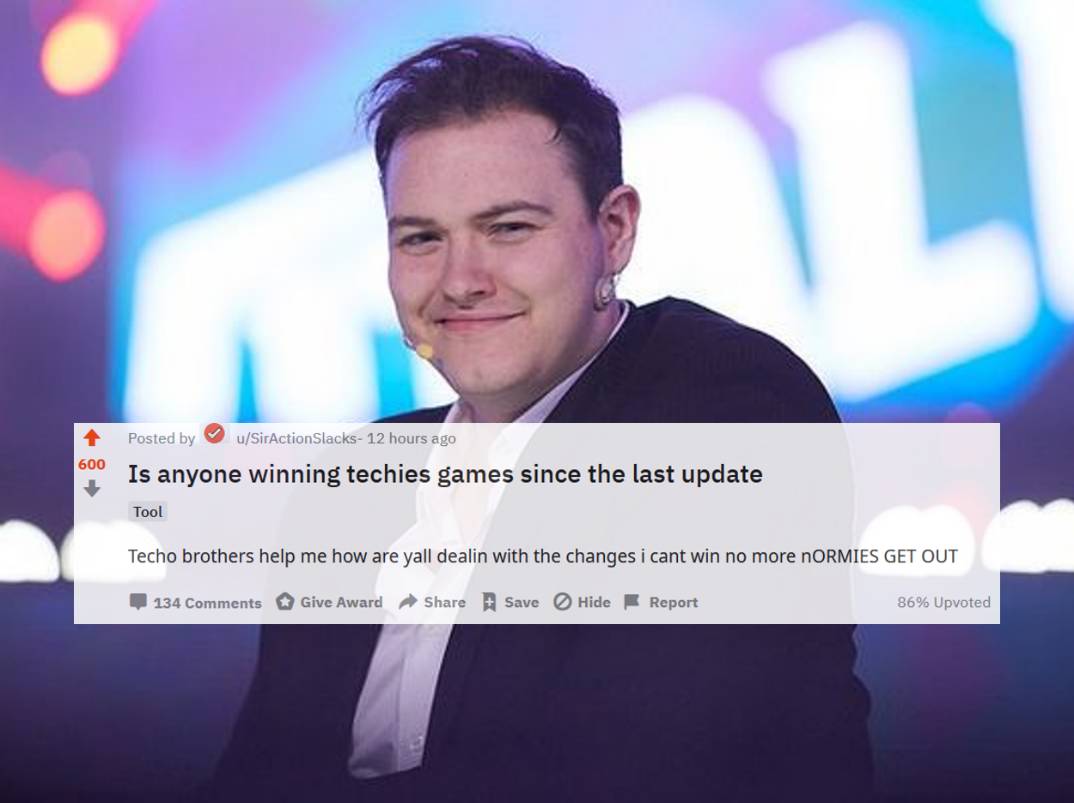 Fortunately, Slacks’ plea for help has gotten attention from many Techies enthusiast. One of them claimed to be a former Rank 200 Techies player with over 3,000 games played. According to the wise man, he states how Techies is in an awkward spot to play using the classic “Plant Mines everywhere” build due to various reasons. For instance, the map itself has recently widen up, especially in the jungle areas, with less trees to strategically place mines, it became much harder to get that early kills and to strike fear into your enemies warning them not to step out of the lane. On top of not being able to plant mines effectively, the XP talent is also removed from the game, not just on Techies, thus making Techies fall behind in terms of levels really exponentially as the game goes on.

Thus, the wise man known only as KatsukiDreams, blessed the DOTA2 community with his “Blast Off” build (credits goes to the Reddit user, KatsukiDreams), which prioritizes maxing out on the E skill that reduces Techies’ own health when used and even kills himself if his healthy is low enough. The skill has become much more sustainable for Techies himself as the self-damage is affected or reduced by magic resistance. That means besides buying items such as Glimmer Cape and Pipe of Insight as magic resistance items, even his talents synergizes well with this build. The level 10 talent gives him a whopping 25% magic resistance while at level 15, you can opt for the extra 300 Blast Off damage, totaling the damage of a single blast to 900 magic damage! But that’s not even the end of it, as you progress to level 20, you get the ultimate upgrade of the “Blast Off” build, which is the Blast Off! Skill cooldown reduction to only 7 seconds. Imagine being able to deal 900 magic damage every 7 seconds, now that’s just overkill.

Item-wise, one of the best item you could get as a support Techies, is Glimmer Cape, which you can activate it as you blast off. In the enemy’s perspective, this would look like they just had a chunk of their HP gone while being silenced for unknown reasons (of course, provided that the enemy didn’t have True Sight at that time). Not to mention that you can sneakily walk away after this combo while your invisibility is still in effect.

Anyways, it seems like Slacks will be trying out this recommended build by a kind stranger on Reddit, but don’t let Slacks hog all the Techies fun to himself, so go pick Techies in your pubs right now! Stay tuned.

下一篇：Miracle breaks a networth record as they crush Lil's Techies