Miracle breaks a networth record as they crush Lil's Techies

Miracle breaks a networth record as they crush Lil's Techies

It is the second day of the WePlay! DotA2 Tug of War: Mad Moon and each series has been impressive so far, but no match is as thrilling as a Bo1 to conclude the groups, especially when Kuroky’s squad is involved. The second deciding match is between team Nigma and Lil’s Aggressive Mode, where Kuroky and the boys shared a glimpse of their true form as they overpower A-Mode. 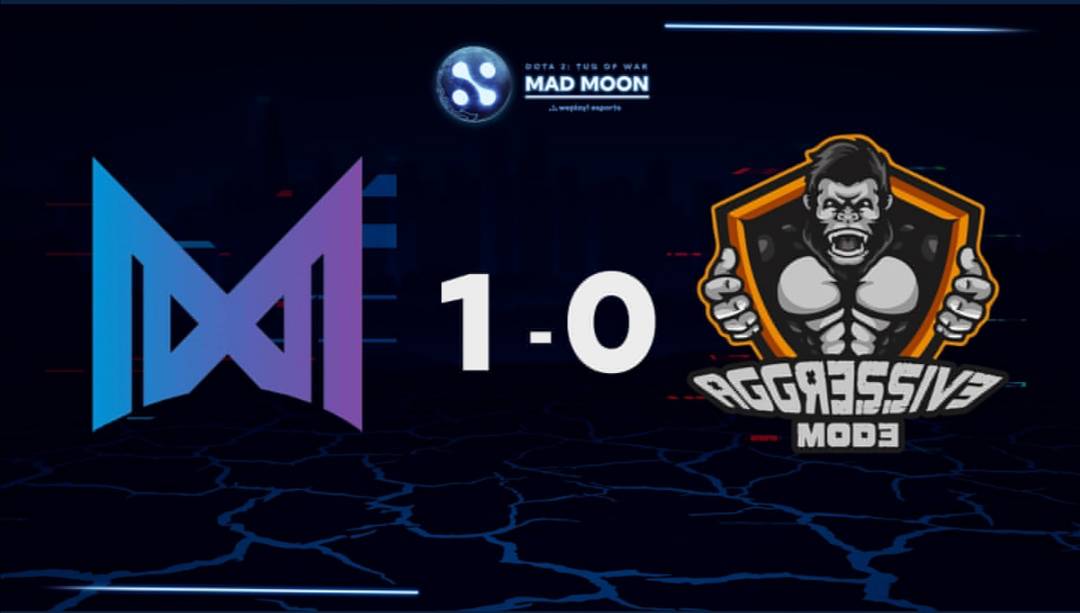 Miracle Tiny freefarms together with Io as Skylark jungles in Nigma’s side while Lil roams to plant bombs. Treads and Madness on tiny by 10 minutes to take top T1 while Kuro detonates some bombs.

Despite a two-man Black Hole on Io and Tiny, Nigma takes down 3 of A-mode as well as the mid tower as Visage completes his Domi. The 13-minute Sange and Yasha and MOM on Tiny tears through T2 towers. Visage’s birds together with Tiny knocks on A-mode's T3 and racks on bot.

Nigma takes control of the map as a Deso on Tiny and push the map with Io, but Lil cuts the waves with mines. Nigma and Miracle secures Aegis for 16 mins as Chen finishes Meka and W33 completing Pipe. The creep army leads the push to get bot racks and destroys the mid racks despite the backdoor protection, while Lil and Skiter pushes the side lanes to hold the game.

To push the T2 top, Nigma just easily ignores the Backdoor protection and by 20 minutes, Nigma takes the Mega Creeps, A-Mode tried to take down Nigma with bombs, but at 23 minutes, Nigma just takes down the throne by 23 minutes at 15-3 kill score and 22k networth lead.

The frequent encounters from Nigma and A-Mode on the Major qualifier seemed that A-mode has a grasp of Nigma, but Kuroky’s masterful draft still shows how they are still a force not to be reckoned with.

In this game, Miracle breaks a farming record on Tiny as he becomes the first player to pass the 10k networth by 14 minutes as he ends the game with 18k worth of farm on a 6/0/3 performance.

With Nigma winning the game, Kuroky will be reunited with his former Na’Vi teammates as they will be facing Dendi’s squad tomorrow in a Bo3 and if they win, they will be facing Puppey and Team Secret at the semi-finals. Meanwhile, A-Mode's teamfight draft and Techies pick for Lil failed to work against a clean game from Nigma. With that, A-mode dodges the bracket of Team Secret as they are sent to battle Gambit in the playoffs. Can Nigma carry this momentum for a tournament victory? Share your thoughts in the comments and stay tuned for more!

下一篇：N0tail on victories at TI: After two comes three