With the 15 directly invited teams completed, ESL now announces the talent to headline the Los Angeles Major from March 15-22. 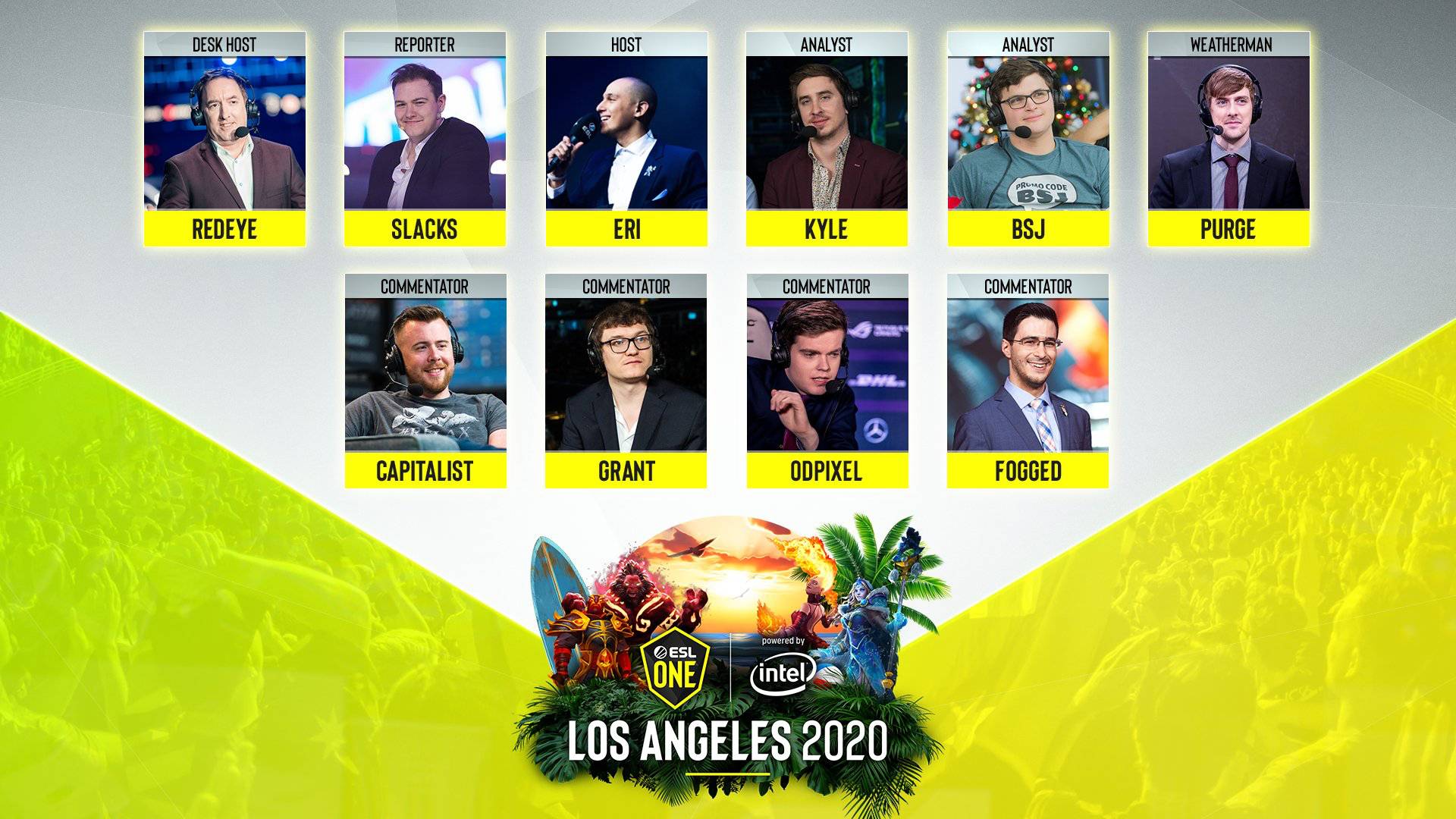 The desk is headed by Paul “Redeye” Chaloner. He will be the one leading the discussions in between matches. On the other hand, Kevin “Purge” Godec will be the weatherman to bring some exciting content for viewers.

To hype things up is the Filipino host, Eri Neeman. For the sidelines, we have Jake “SirActionSlacks” Kanner who will be interacting with the audience.

Sharing their insights regarding the players and drafts is Kyle Freedman and the one and only BananaSlamJamma, Brian Canavan.

With this lineup, the Major will surely be an exciting and intense one. Which team do you think should win? Share your thoughts in the comments and stay tuned for more!

下一篇：The LGD slayer, AXX: I never thought that I would play against LGD