Often times, many gamers (mostly DOTA2 players) would regard DOTA2 as the superior game compared to its competitor, League of Legends. And perhaps there is some truth to that statement after all. There are so many mechanics in DOTA2 that often does not appear in the patch notes, thus most if not everyone would often not even notice it or only realize it when they are in a game.

According to Sunbhie, who is currently Fnatic’s coach but was known better as the former Team Secret coach, tweeted about something that he and probably the rest of Fnatic team found in their games or scrims. Disruptor being a rather popular meta pick right now, due to having one of the best skills in the game, Glimpse. The skill allows Disruptor to relocate an enemy hero back to the location where he was 4 seconds ago and this is really useful in chasing escaping heroes to secure a kill. While it’s pretty strong, it is common knowledge that it can be dispelled by magic immunity such as use of BKB or any skills that provide magic immunity like Juggernaut’s Blade Fury, at least that was the case in a few patches ago.

Turns out several interactions have changed in relation to Disruptor’s Glimpse skill in relation to other skills that causes you to “disappear” from the map. After a recent patch (which we don’t know when it was applied), skills such as Outworld Devourer’s Astral Imprisonment, Puck’s Phase Shift and Shadow Demon’s Disruption can now escape the glimpse outcome. Back then, even if you did manage to apply these skills on a target, it will be relocated back to the glimpsed spot. Sunbhie pointed this out that the DOTA2 development team did not mention this huge change at all and no one bats an eye (because really, no one noticed). 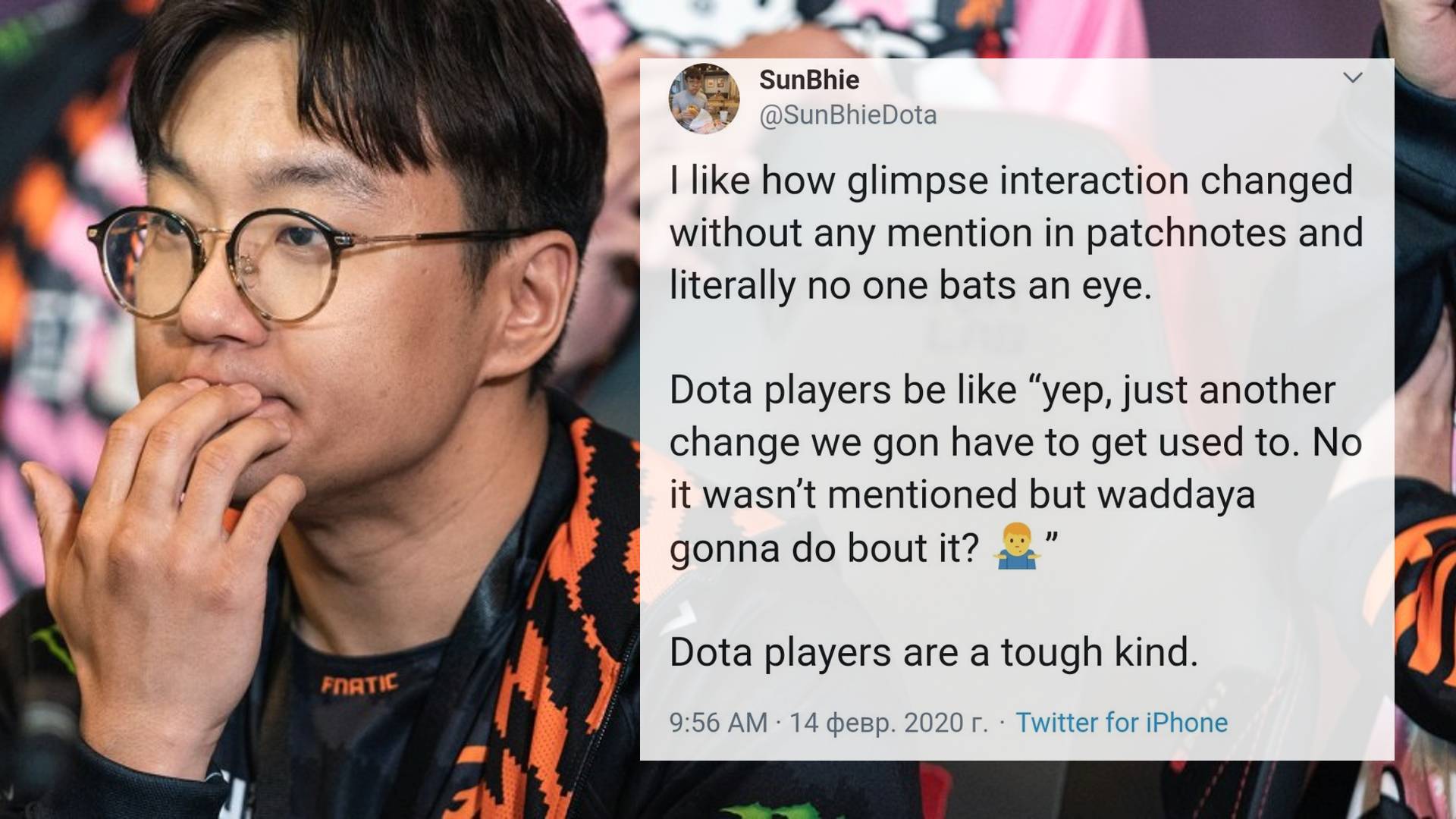 He sarcastically wrote about DOTA2 players being very flexible to changes like these as if it is something that we just have to get used to without being made aware of. Of course, a huge thanks to Sunbhie for pointing out such a new change as we can now keep in mind to pick these heroes whenever we are playing against a filthy Disruptor spammer. I can see why it is a huge oversight by the dev team to not mention a change this big as a change in interaction of a skill this impactful in a game, especially in a pro game, could potentially be game-losing.

Anyways, what are you going to do about it? It’s not like DOTA2 players really whine too much about anything in DOTA2, which is why we have a completely forgotten in-game feature called DotaPlus, which has not received an update since 5 months ago when they just released 3 new exclusive sets to redeem as reward. Stay tuned and stay tough, folks.