A new Overwatch mode that turns the game into a massive combat sequence cutscene reminiscent of Dragon Ball Z may be the most dynamic Workshop entry yet.

Reddit user Trappi uploaded a video of their creation titled “Action-filled combat cutscenes concept.” While they made it at a friend’s request and wouldn’t provide the code, they were proud enough with how the visuals turned out that they had to share.

In the first “cutscene”, two Mercy bots activate their Valkrye ultimate to fly across the map as purple and yellow glow radiate off their bodies.

Eventually, the two Mercy bots begin ramming into each other in the sky causing shockwaves after each impact. Soon thereafter, one of the bots activates Moira’s Coalescence ultimate and starts firing the beam attack in the enemy’s direction.

Some sort of overwhelming attack is then launched, causing the whole screen to flicker and a massive explosion takes place.

Some users in the comments were quick to point out that the scene appeared to resemble a battle in Dragon Ball Z.

“If Overwatch were based off DBZ,” one user wrote. “That looks awesome, job well done.”

“This really reminded me of DBZ,” another agreed.

Later on into the video, a few other scenes played out that included some slow-motion effects, more explosions, and different endings to the same fight. 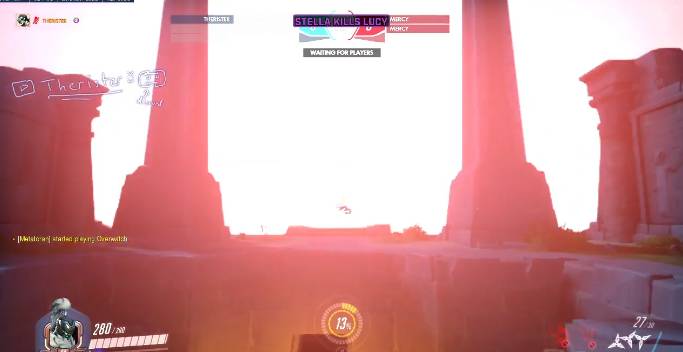 According to Trappi, it took “many nights” to complete this scene, but clearly it was well worth it seeing as the end result is unlike anything seen in the Workshop thus far and really pushes the limit of what is possible with the mode.

With Overwatch slowly giving more tools to content creators, there’s no telling what the future will hold for Workshop gurus who can take advantage of these features to create incredible works of art.